Despite their bad reputation, for the Morat, all life is valuable. For this race, every life matters. In the sense that every life is worth something, all lives have a price. Slavery, understood as an essential part of the spoils of war, of the victor’s reward, is a tradition that dates back to the origins of Morat history. From societies based on a slave economy, which enslaved entire populations, a notion has survived to the present day: defeated prisoners are to be used as a slave labor force, and commonly for the war effort. Those captured by the Morat are forced to carry out the worst logistical and engineering tasks in order to support the progress of the Supremacy’s operations on the front lines. Some may be sent to military contractors’ factories to manufacture weapons, munitions, and hardware, serving as slave labor for these Morat companies. Working conditions in either assignment are often appalling, and most people would regard being captured and enslaved by the Morat as a fate worse than death.

That is why there are few who are more hated on the battlefield than Morat Slavers, heartless beings whose main task is to identify the most promising prisoners to meet the needs of the logistics and engineering divisions of the Supremacy, or of the Morat corporations that thrive on war. Initially, the Zabuk were just a specialized troop attached to the Logistics divisions, and occasionally former soldiers on the payroll of corporations who accompanied the Aggression Forces to protect the interests of their employers. However this created a number of problems, as Supremacy officers don’t like interference from civilian organizations, no matter how many ex-military staff work for them. Consequently, the Zabuk branched off from Logistics to become a highly specialized, independent corps with a unique status in the chain of command, working both for the Aggression Forces and for private Morat corporations according to certain quotas agreed between the latter and the High Command. The duties of the Zabuk remain the same: to go around the battlefield marking those suitable for forced labor, and to chase down any slave who dares escape from a labor camp or a Morat factory.

Hunting down escaped slaves is one of the main tasks of the Zabuk, as well as one of the most abhorred since they are authorized to capture the fugitives either dead or alive, and most Zabuk prefer the first option. Their impunity and indifference to the lives of the fugitives is explained by the fact that their work must set an example. Slaves must understand that anyone who tries to escape is doomed to be killed, either during the chase or by summary execution upon return to the labor camp. For the Morat, as valuable as a slave may be, it’s more important to maintain discipline, and there is no better way to do so than through fear. The Zabuk thus become the sword of Damocles for every slave under Morat rule. Those poor prisoners don’t fear anything or anyone like they fear these seasoned hunters who are famous for being able to catch any slave, or to shoot them in the back if they don’t feel like running that day. But no matter how despicable they may be, they should never be underestimated. All Zabuk are veterans with years of experience, capable of joining the Aggression Forces in the roughest assaults, precisely where they can get their hands on the most coveted prize: the best slaves to serve the needs of the Morat.[1] 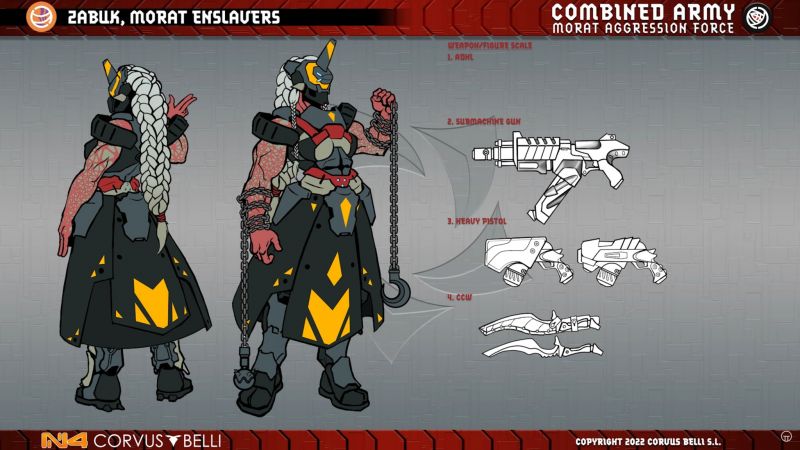 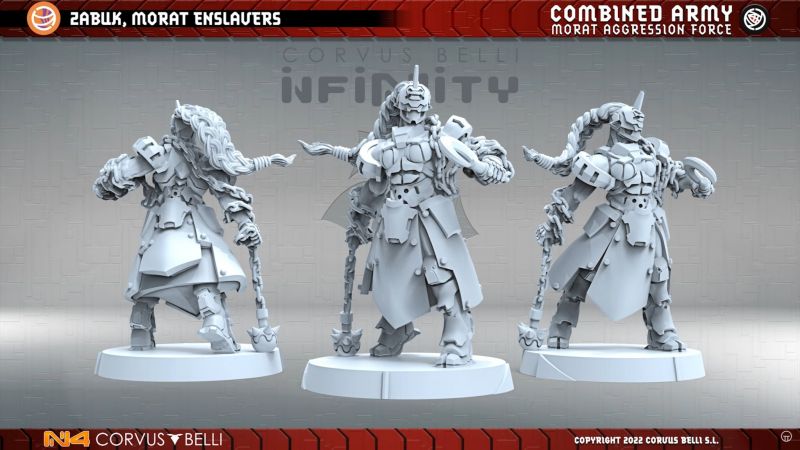 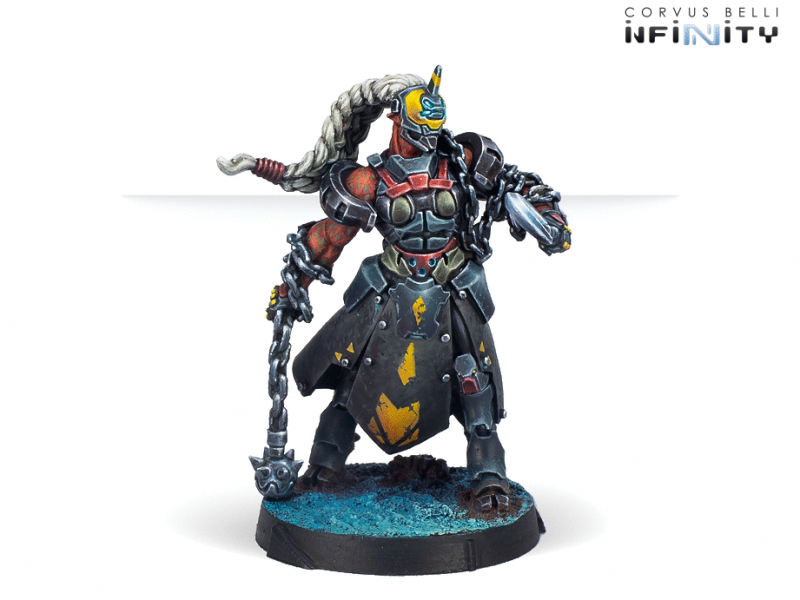