Rumor says that Yojimbo is the Recreation of the legendary character of Kurosawa, created as personal bodyguard for the CEO of a Japanese megacorporation of Yu Jing. Word is that Yojimbo, because of his unmeasured pride and his concupiscent character, fell into disgrace, losing his lord’s favor, and turning into a Ronin. He now wanders by himself without other master than his own will and without any other sustenance than that provided by his katana and his wits.

This urban legend, never confirmed but never denied by Yojimbo himself, lacks any basis in documentation. According to a recent report of Bibliotek, there is no record that vouches for the story. Nevertheless, defenders of this version point to the fact that ALEPH has every necessary resource to recover any failed AI project at its disposal and to erase any file related to a possible failure.

However, another version circulating through the data sphere talks about Sanjurō Wabatake, a Domaru from Sakuramachi. Sanjurō was expelled from the army because of some dark and unclean affair, and was killed afterwards by the Yakuza because of a yet darker and dirtier affair. He was then allegedly resurrected by the Fukurou ninja clan with a new body and purpose. Equipped with an Anāgāmī Lhost model, a class-3 body, two levels under the Bodhisattva model, Sanjurō would have heightened reflexes and also superior strength and resilience. Under the strict direct supervision of the clan’s Oniwaban, he polished his martial skills, becoming a swordmaster, a prodigious warrior like no other, whose lethal dexterity was added to an implacable character.

The Fukurou clan would have placed Sanjurō as the leader of a clandestine group called Nichibotsu (Dusk) dedicated to “make some corporate operations easier” in a way that sometimes bordered on international terrorism. However, after a short but intense career, the Akutagawa scandal forced the group to be disbanded to protect the honor of zaibatsu Koremune.

Abandoned by the Fukurou clan and without a chance to recover his old status of Bushi because of his turbulent past, Sanjurō would have had to hide himself under the name of Yojimbo, starting a career as a mercenary sword, with alcohol and women as his only source of satisfaction.

Whatever the real history is, whether one of these stories or another entirely, the truth is that the mercenary samurai called Yojimbo is one of the best swords you can find in the underworld of soldiers of fortune. He may seem to be an expensive and hard to hire professional, but in truth is he is the opposite, because the worst enemy of Yojimbo is himself. Hounded by debts, he started to sign the so-called “Giri Checks” (約束手形 義理), IOU notes of services. Anyone who signs a Giri Check is bound to serve the one who claims it for a task equivalent to the check’s value. Once the job is finished, the check is destroyed. The main problem is that Giri Checks work as international credit, circulating throughout the whole Human Sphere. These IOU’s are bought and sold depending on the prestige of the signatory and can fall into anyone’s hands. So, from time to time, Yojimbo is forced to take jobs he would prefer never to accept, too dirty or dangerous for any mercenary, but that he must solve with the blade of his katana or his particular brand of wits. He often chooses to work in a way that any real Bushi would reject as gross and dishonorable, but that he, and anyone else, would define as lethal and effective.

Yojimbo is a 1961 Japanese film directed by Akira Kurosawa. An example of jidaigeki, or period piece, it is set in 19th Century Japan. It tells the story of a wandering samurai who arrives in a small town where he must use his ingenuity and martial prowess to pit two local crime lords against each other.

Popular belief has it that Yojimbo is a Recreation of the legendary protagonist of the Kurosawa film, manufactured to be the personal bodyguard of the CEO of a Nipponese Yu Jing megacorp. As the tale goes, Yojimbo's concupiscence and hubris lost him the favor of his master, and he was re- duced to roaming the worlds as a rönin, with no master but his own will and no sustenance but what his ingenuity and martial prowess could afford him.

This urban legend, never validated or disclaimed by Yojimbo himself, is entirely without supporting evidence. According to a recent BIBLIOTEK study, no documents exist that would back this version of events. Nevertheless, adherents to this interpretation are quick to point out that ALEPH has all the necessary resources to cover up a botched Al project, forge new documents to corroborate its narrative, and delete any controvertible files.

But there is an alternate narrative. It speaks of a certain Sanjuro Wabatake, a Domaru native to Sakuramachi. Sanjuro was discharged from the military as a consequence of some shady, unsightly business; murdered by the Yakuza as a consequence of some even shadier, unsightlier business; and finally brought back to life by the Fukuro ninja clan with a new body and a new purpose. Out- fitted with an Anagami-series Lhost-a class 3 body, (two classes below the ALEPH Bodhisattva model), Sanjuro gained enhanced reflexes and superhuman strength and resilience.

Under the strict supervision of the clan's Oniwaban, he honed his martial skills and became a master swordsman, an unparalleled warrior with a deadly skillset and the ruthlessness to see his mission through.

According to this yarn, the Fukuro clan had Sanjuro lead an undercover task force codenamed Nichibotsu ("Sunset'). This team had the goal of "facilitating" corporate operations verging on international terrorism. Nichibotsu had a short but frantic run before the Akutagawa scandal made it necessary to disband the team in order for the Koremune keiretsu to save face.

Forsaken by the Fukuro clan, and unable to reclaim his JSA Bushi status due to his checkered past, Sanjuro took the name Yojimbo, and found employment as a sword for hire with alcohol and women as his only source of contentment.

Either of these two stories could be the truth, or they could both be false. Whatever the case, there is a mercenary, samurai operating under the name Yojimbo, and he is one if the most proficient swordsmen in the market, Usually, the services of a professional of his skill would sell for a princcely sum, but Yojimbo's worst enemy seems to be himself.

Crippled by debt, he has been known to distribute his "mercenary checks" quite liberally. These checks work for services to be rendered in the future, and the signatory is obligated to perform a service for the value Si the check when it is redeemed. Once the agreement is fuIfilled, the check is destroyed. The problem with this form of scrip is that it works as a borderless furrency, spreading to every confine of the Sphere.

The checks are traded in the currency market according to the cachet of the signatory; and they may end up in the wrong hands, or any hand's for that matter. So Yojimbo is periodically pressed to take on unsavory assignments; the kind of jobs that not even a mercenary, not even Yojimbo, would accept if they had a choice. But he always pulls through by dint of katana edge and deviousness. A true Bushi would disparage such ways as unbecoming and dishonorable, but the less enlightened among us would describe them using words like "lethal' and 'effective'.[1]

"We found [Yojimbo] at the Korova Bar, leaning on the counter without a care in the world. His left hand was resting nonchalantly on the pommel of his katana. But he gave us this look... I could tell you he wouldn't start trouble if we didn't give him trouble, but if we pushed him there would be trouble on a major scale." 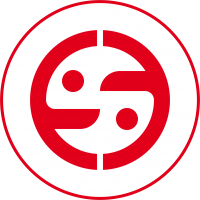 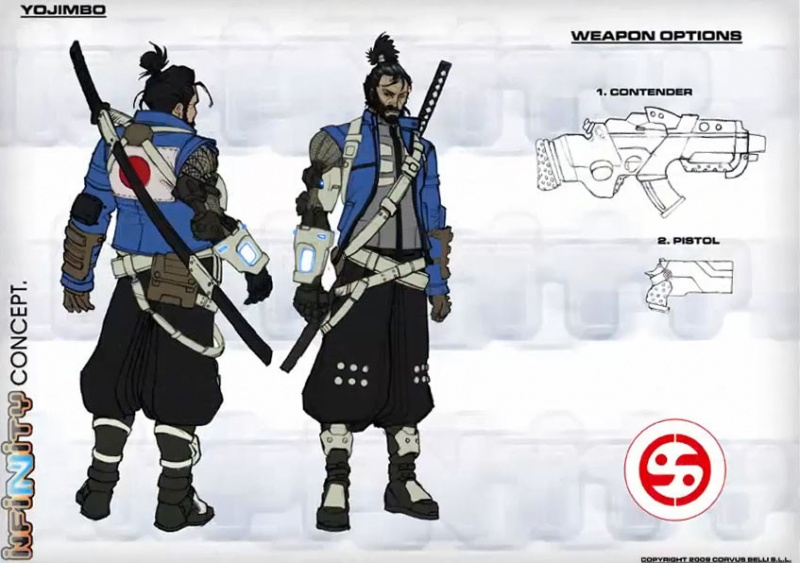 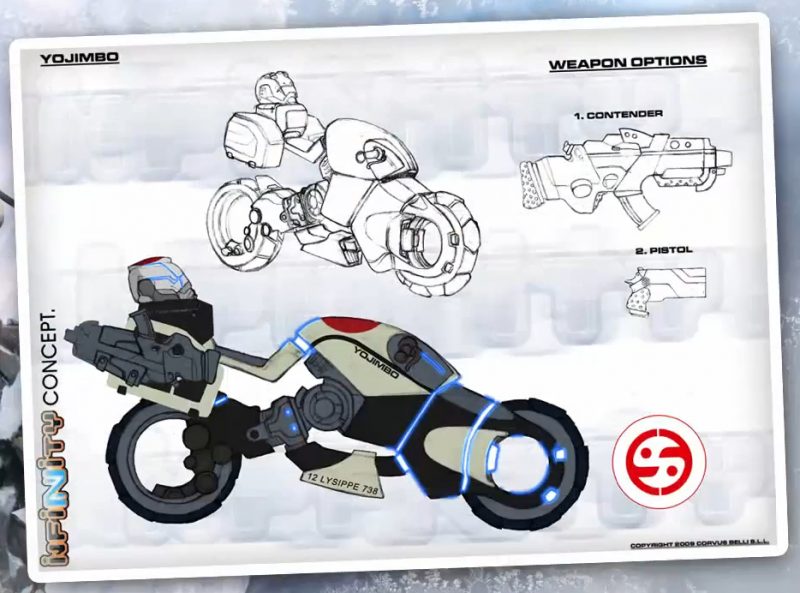 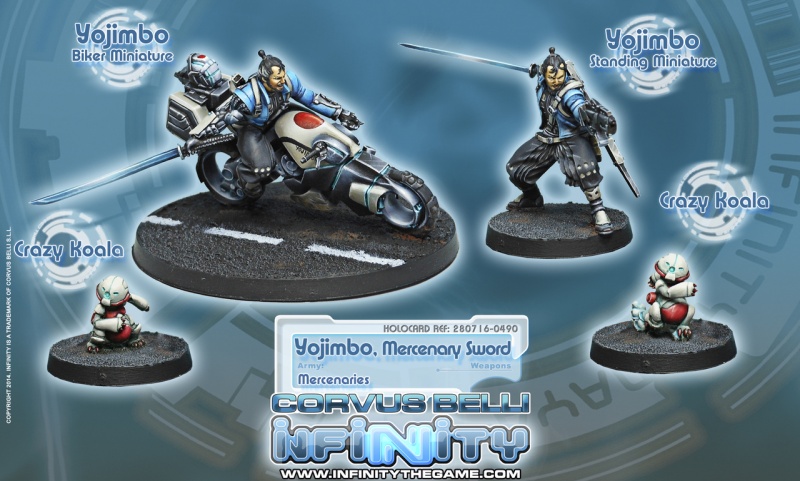