"In the test centre, the first experimental models of humanoid Remotes surprised the technicians and specialists with their capacities. The agility and speed they demonstrated, plus their facility to overcome any obstacle and their small size, earned them the affectionate nickname Zao (Flea). The working through of initial difficulties in integrating a humanoid shape with the existing mobility programs finally resulted in overall higher performance and a better environmental adaptation capacity. The problem of the height gain meant the issues of a humanoid shape, which increases its silhouette at the same time that its survivability decreases, was solved with an exact miniaturizing process, reducing the size and final weight of the Remote. [...] However, the most influential factor in choosing a humanoid shape was the psychological one. It is always more comforting to a wounded soldier to see a human shape rather than an arachnid one. Likewise, is less shocking to see humanoid arms operating on you as opposed to insectoid manipulators. [...] The battlefield effectiveness of the Yáozao is easily measurable with numbers and data, but the moral support that they provide to the soldiers in combat is something only noticeable in the tender treatment that these tiny Remotes receive every day." 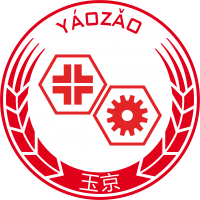