The Wulvers are half-breeds, Dogface/human hybrids, a dead end alley from an evolutionary point of view. All are sterile, with no descendants. Therefore, few exist in Ariadna as a whole and those that do mostly come from Caledonia, where the Dogface population is more numerous. If the Dogfaces have a hard time integrating with humans, the Wulvers have it harder, because their wild heritage is even more evident. They possess the makeup of a predator, with large, penetrating eyes and wide jaws with sharp fangs. Their bodies are completely covered by thick hair. Their torso is impressively muscled, they have the arms of a woodcutter and long, strong legs, made for running and pursuit. They are more intelligent than their cousins the Dogfaces, but, like them, they cannot avoid being carried away by the blood fever. Their inherent charge instinct, combined with terrible fury, is a factor that makes it difficult, and sometimes impossible, to hold back a decisive attack by Wulver Grenadiers. Eager to engage in action, an uncontrollable impulse requires them to advance on the enemy. The wild look, the furious cries and the instinctive movement onwards, are the warning signs of a Wulver charge, something any Ariadnian officer can recognize. The main role of the Wulver Grenadiers is shock actions. Once they are loosed to charge, there is no way to stop them and their only alternative is to kill or die. They charge at great speed towards the enemy, boosted onwards by a wild and demoniac fury. Showing total indifference to their own safety or that of others, they are engulfed by an overwhelming passion for the sheer pleasure of battle. 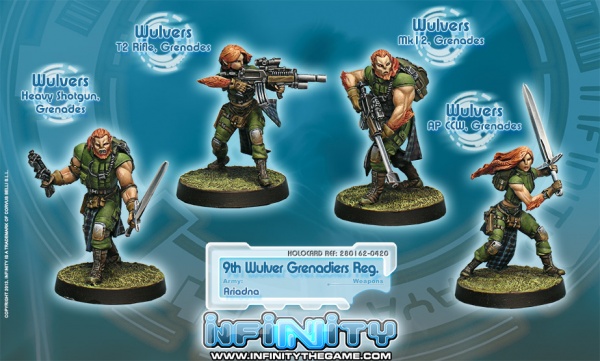 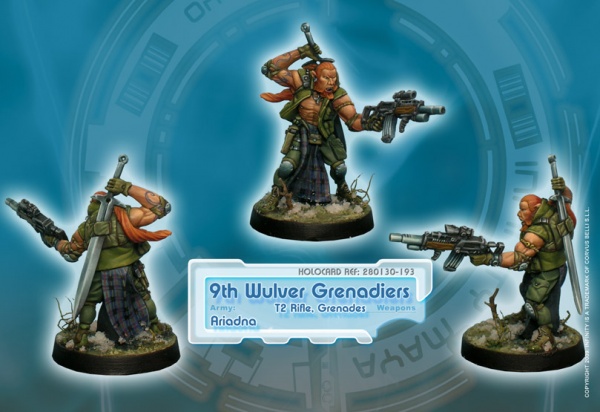 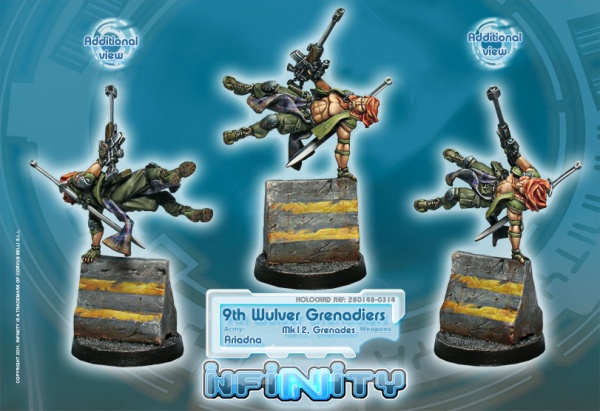