Sunday at noon. Once again, I wake up with blood on my knuckles, reeking of alcohol, and a huge bullet hole where last night's memories should be. My name is Wolfgang Amadeus Wolff, I have a cybernetic claw, and I am a virtuoso of violence and trouble.

When I say trouble, I mean my own, and as if that were not enough, other people's too. I am a bounty hunter, I hunt people down for money, and while I chase them, I run away from my own problems.[2] But when I stop, when I am in between jobs, my problems catch up with me, and they often do so suddenly and violently. So, I try to keep busy and go from one job to the next. You could say I am a workaholic, and I certainly am, because the job keeps me away from my other addictions like alcohol or gambling, the source of my problems. There you go, the vicious circle of a hectic life.

Did I ever imagine my life would be like this? To tell you the truth, when I was a little boy, upon Merovingia's eastern border, I thought that the only thing in store for me was a relatively short life working from sunrise to sunset in the Teseum mines. And that the most exciting thing in my life could be an Antipode raid, which would also be my last experience in life, because those creatures don’t like us Wulvers very much. But it turned out that what we went through was a raid by some Yuan Yuan slave traders, who were looking for hybrids like me for a human-trafficking network. And so, my young self ended up in Bakunin's underworld, in an illegal fighting circuit for chimeras.

At first, I wasn't very good at fighting, which is why, during a Friday-night special, a pupnik ate half my left hand. But with a clever bladed implant for my stump, a nasty attitude, and the experience gained from being beaten, I got better and better. And just when it looked like my career was about to take off, some gunmen working for Herr Schumann, the local mob boss, shot my owner over some unpaid debts. Since Herr Schumann considered me to be his property and part of his assets, he had my work as a bouncer at the Fever Room, one of his "gentlemen's clubs", a fancy name for strip clubs. Many of the boys and girls dancing there belonged to the same human-trafficking network I was abducted by, so one day, a squad of Janissaries and Moderators showed up to take down our joint. Janissaries really hate human traffickers and, after going up the network all the way to Herr Schumann, they came to an agreement with the Moderator Corps: arrests and glory for them and revenge for the Janissaries. I was spared from getting smoked thanks to the neural collar that identified me as a non-person. And so it was that this wild Ariadnan lad enslaved in Bakunin was freed by Haqqislamite commandos: a prime example of the power of globalization.

Despite their rough and hostile appearance, the Janissaries were very kind to me and offered to take me to Bourak to be put through a program to help me reintegrate into society. But take a look at me, with all this fur, how do you reckon I'd bear Bourak's high temperatures? So, I thanked them and went off in search of another joint in need of a bouncer. I needed to make some money to pay my way into the Bounty Hunter Syndicate. If I learned anything from those Janissaries, it was that being legally authorized to chase and beat up bad guys seemed to be very rewarding. And this is how I ended up in this business, a job I'm pretty good at, no outlaw can get away from me... Except for one fat Yuan Yuan, that guy could run insanely fast for his size!

Yeah, I know what you're thinking. I'm clearly not a top member of the Syndicate, like that uptight Miranda Ashcroft, but I just don't have the patience for politicking. Also, I shouldn't be hunting down very lucrative prey, because then I waste all my money on booze and gambling. Renting a room right above the Fever Room doesn’t help… Yeah, it reopened under new management, more glamorous than ever. Now, many celebrities like 8-Ball and Diva Davinia come to the club, drawn both by the strip show and the illegal poker games backstage. These games are my undoing, and after every streak of bad luck, I must pay off my debts' interest by working again as a bouncer at the club. It’s only for a few hours, and customers like to take holo-selfies with the Wulver with the cybernetic claw and then buy him a few drinks, so I take comfort in thinking that, despite everything, it's still the best time of my life. But as soon as I can, I’m back on the road hunting down prey… Guys like you, who have gotten into trouble or done something that someone didn't like and ended up with a bounty on their heads.

Hey, thanks a lot. It's nice of you to listen to my story while I trace the data from your neural clamp so I know where to take you. Forgive me for not remembering much about you, but, as I said, too much alcohol and other stuff last night, celebrating your capture, I guess. Now I'm going to untie you from this chair and remove your gag. I'd ask you not to shout or try to escape, but I'm an old hand at this and I know it's pointless. So, if you don't mind—if you do, I don't care—I'm going to put you to sleep like a baby, so you don't cause any trouble. Hey, calm down, don’t be nervous, you’re not even going to feel anything. I'll perform my signature grand finale for you: so fast and so hard it'll take you straight to the knockout stage. Courtesy of a veritable cybernetic-fist virtuoso![3] 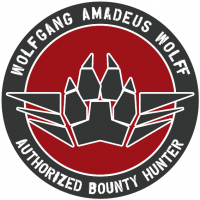 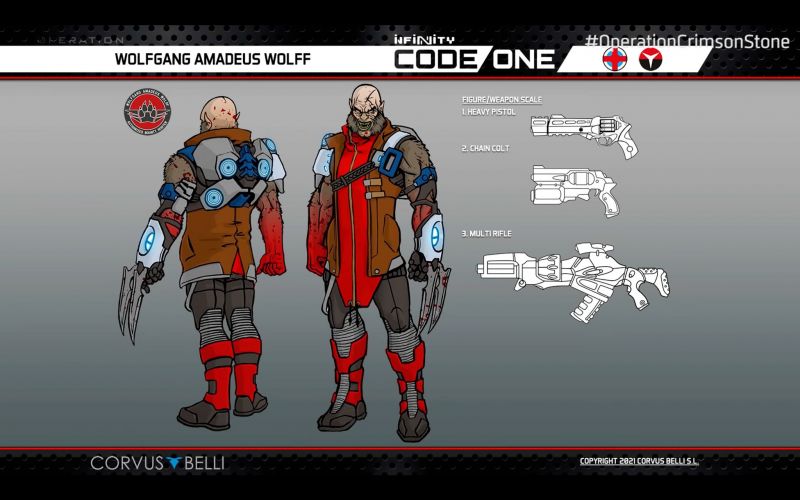 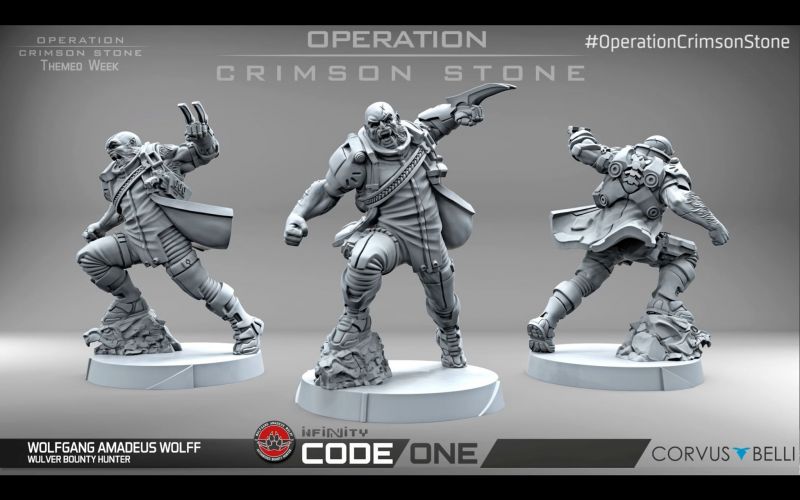 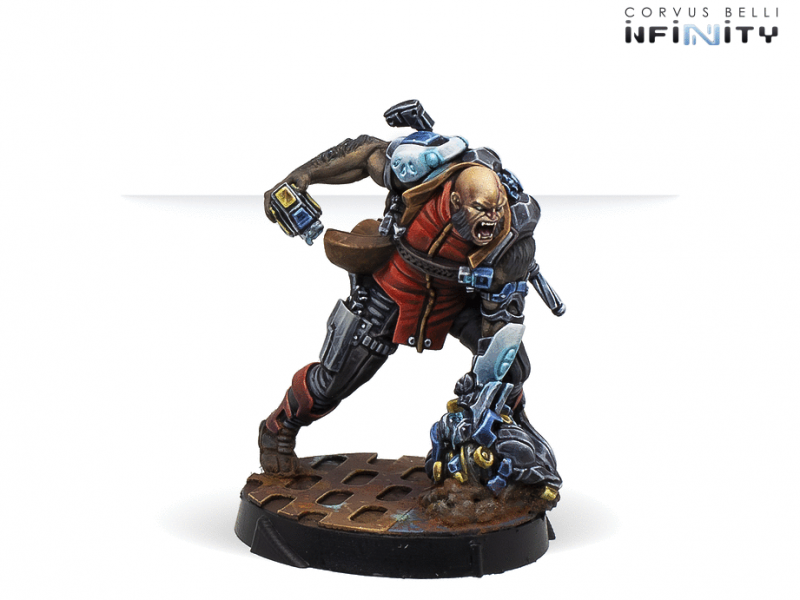 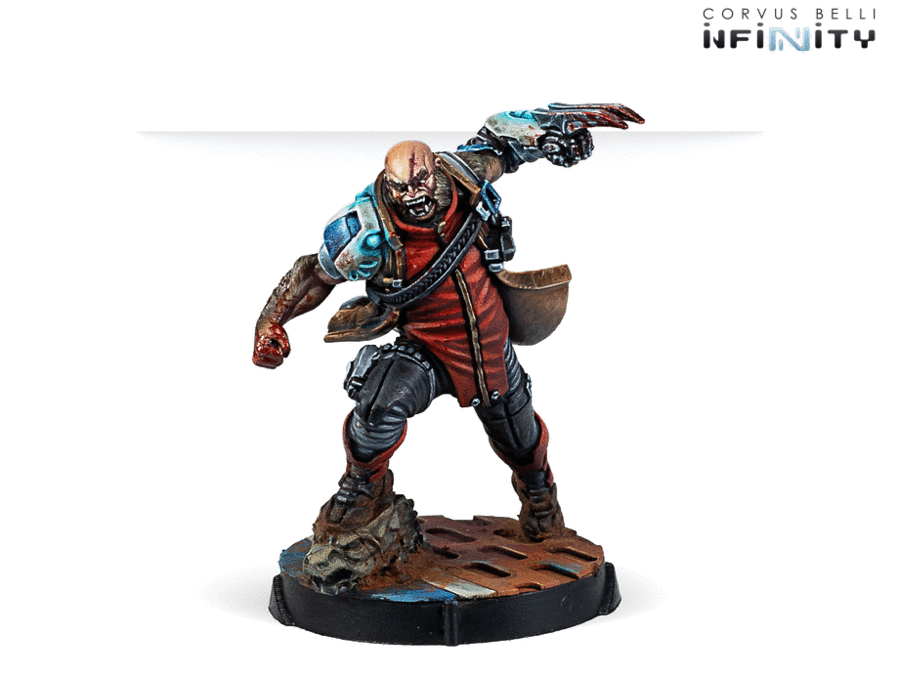