Void Operators are the commercial agents of the Concordat Fleet. The Operators pilot the shuttles, crew the orbiting stations and repair satellites. However, they are mainly in charge of military actions in deep space.

Their exo-chitin is covered in spiky sensors which transmit to them all the information from within a circumference of 360º in real time to compensate for the effects of combat in zero gravity conditions. They are known for winning battles using close combat techniques and in lethal high-risk attacks which give no respite to their adversaries. They specialise in boarding and capturing vessels, fighting them breech to breech. Where they feel at their best is in the middle of the cold and darkness of deep space.

The Void Operator, and all Exrah units, were retired from the game in the transition from N2 to N3. 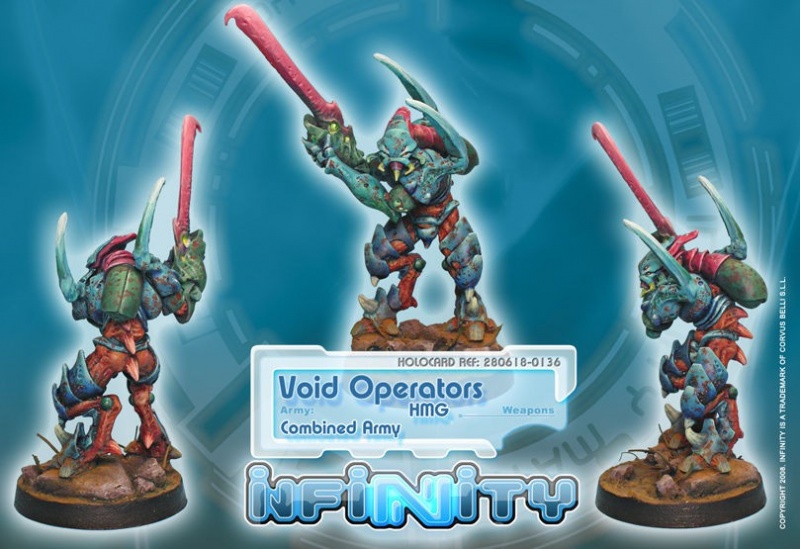