At age nine, Vassily killed, skinned, and ate his first Ariadnan bear. His grandfather taught him the “language of the bear”, an ancient tongue of the steppe used by Siberian hunters to communicate with one another. This poetic language rooted in euphemism served to deceive prey so that it would not know who had killed it, thus keeping its mystical powers in its body. Vassily started hunting early, learning to shoot while still a child to help his grandfather hunt wolves, Antipodes, or anything else that threatened his farm in Tartary. During that time he developed exceptional aim, developing a taste for hunting and learning to hide and be patient, qualities that would later define his military career.

Vassily would have been happy on his family’s farm, but the brutality of the Antipode Offensives would lead him to join the army, where he put everything his grandfather had taught him to good use. In his battalion he would come to be known as “Vassily the Hunter”, because he hunted down and destroyed armored targets just as easily as he would some juicy animal to supplement his squad’s field rations.

To Vassily, a hunter’s best virtue is patience—knowing how to wait for the right moment to squeeze the trigger—and this results in a thick-skinned character. Vassily remains undaunted in the face of any event or crisis, whether in combat or everyday life. He has the unaffected demeanor of the heroes from the tales of yore from the Ariadnan frontier. Reluctantly promoted for his combat merits, Vassily will always prefer to be second in command, but carries out orders as he sees fit, following his instinct as a natural- born hunter. The men under his command acknowledge and respect this talent, and whenever they hear him mumble on the intercom in his “bear language” they know the enemy is within firing range and that Vassily is about to make another kill.

[H-S]: Before becoming a tabletop wargame, the Infinity universe was created for an RPG played by various founders/employees of Corvus Belli. Vassily Plushenko was Fernando Liste's character. 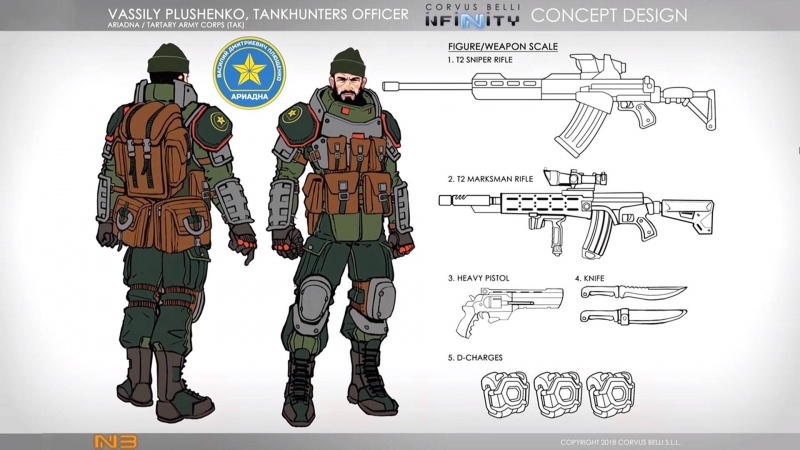 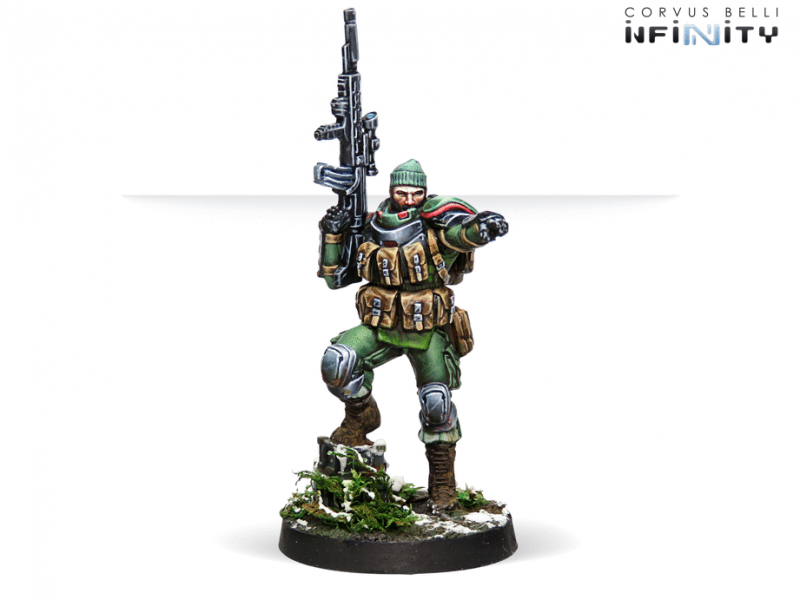