“Ad finem” (Until the end) Motto of the Armoured Chasseurs Regiment.

Probably one of the main reasons for the conservation of the Great Forest Reserve on Acontecimento is its huge potential as a military instruction environment. The Reserve is used to train the pilots of the Armoured Chasseurs Squadrons, as well as standard line troops. The regiment is based in San Fernando of Dagopan, a zone of mainly Philippine-Malayan ethnicity, located on the Reserve’s border. A good part of the pilots and maintenance team members of the regiment belong to these ethnic groups and they provided the nickname for the Armoured Chasseurs - the Tikbalang, a powerful mythical being from Philippine folklore, half man, half horse. This regiment uses Stingray 3 Series T.A.G.s, adapted for jungle combat, be it in rainforests or thick woods. Their tactical function combines perfectly with their weaponry, a high rate of fire machine gun for general use, a flamethrower which is lethal in close combat, and a hand-to-hand combat weapon to cover all the possible eventualities of jungle fighting. The high mobility of the new Stingray series, and its optimizations for jungle operation, allows them to take a much more active and aggressive role than any other T.A.G. Rather than the limited infantry support role the T.A.G.s are forced to take in jungle terrain, Tikbalangs can take the initiative, executing fast enveloping manoeuvres to surprise and eliminate the enemy. Operating in its home terrain, a single Tikbalang is perfectly able to force enemy lines to break, penetrating deeply through them to literally apply their regimental motto and become the battleground’s dominant unit. 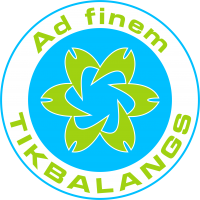 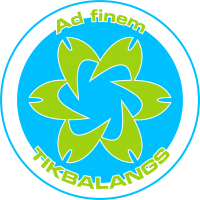 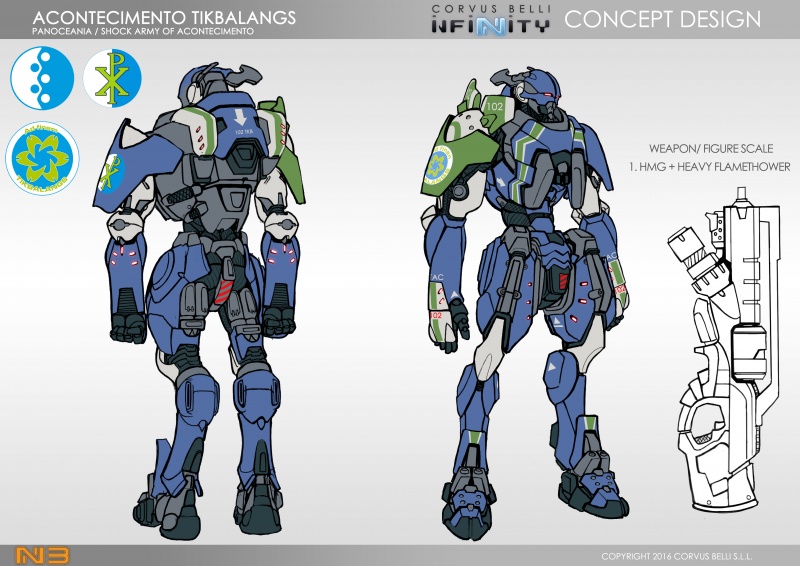 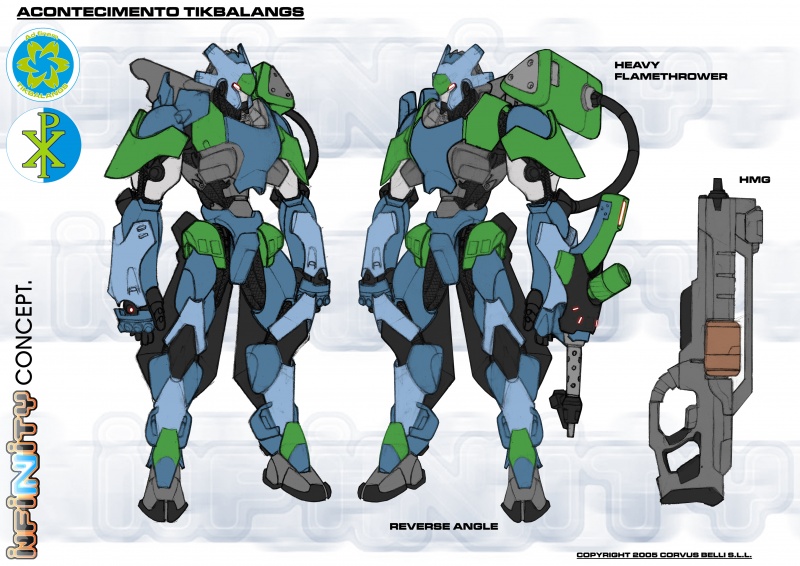 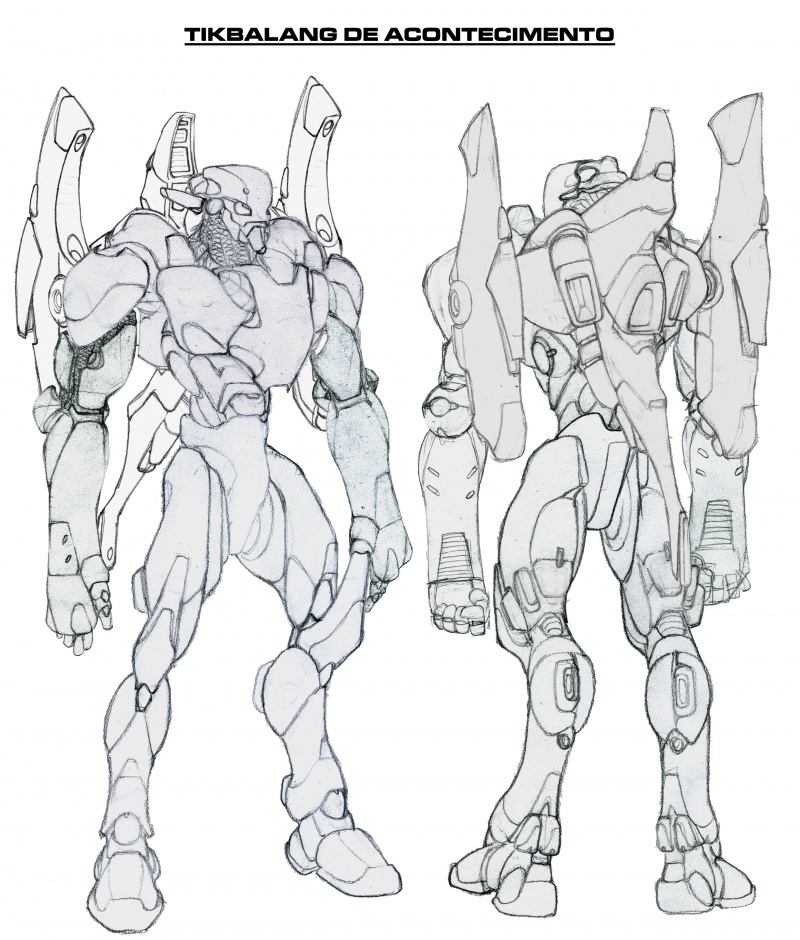 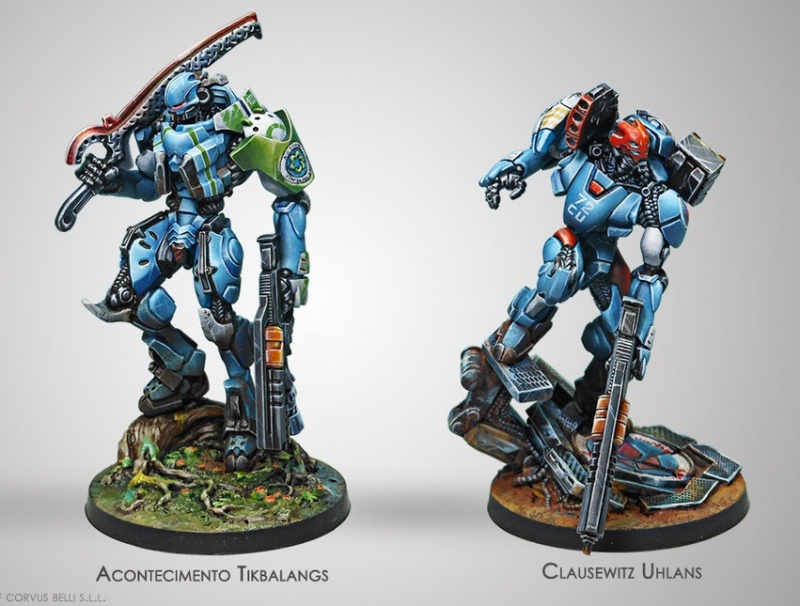