A thyreos (Ancient Greek: θυρεός) was a large oval shield which was commonly used in Hellenistic armies from the 3rd century BC onwards. Troops who carried it were known as thyreophoroi. It was made of wood covered with leather and had a spined boss. It was carried using a central handgrip.

The war against the Combined Army on Paradiso presented a series of peculiarities that set it apart from conventional warfare. The fighting during the impasses between larger offensives was more akin to asymmetric warfare than to traditional warfare, and ALEPH understood that it needed a team that could operate in ways that were beyond the capabilities of the Phalanx. A highly mobile unit was needed, able to combine the tactics of forward troops and infiltration units with those of line infantry and assault squads. It would be a team that incorporated a little bit of all SSS standards without quite fully adhering to any of them, and a team that seemed like the perfect embodiment of what the Second Kindred were considered to be. Thus, a screening process was created to select those who could fit the profile of this new unit, which would take its name from the Thyreophoroi, an infantry force from Antiquity that employed similar tactics and bore a distinctive shield called a "thyreos".

Thyreos are a light infantry unit conceived for forward deployment. Given Paradiso's special environmental conditions, the Phalanx needed a unit that could quickly move to where the conflict was taking place and engage the enemy until the remainder of the force arrived. They're considered a rapid-deployment unit with the skills to carry out special operations, a capability thev've developed as a result of their special psychogenesis process and their specialized training with instructors from OperationS and the Sophistes of the Phalanx. Their mission is to inflict as many casualties as possible while their comrades in arms are still advancing, focusing on eliminating high-value targets so that the enemy will be demoralized when they see their best forces succumb even before the main battle has begun. Thyreos are the first thing that the enemies of the Phalanx will see, and oftentimes the last thing they will set eyes upon. 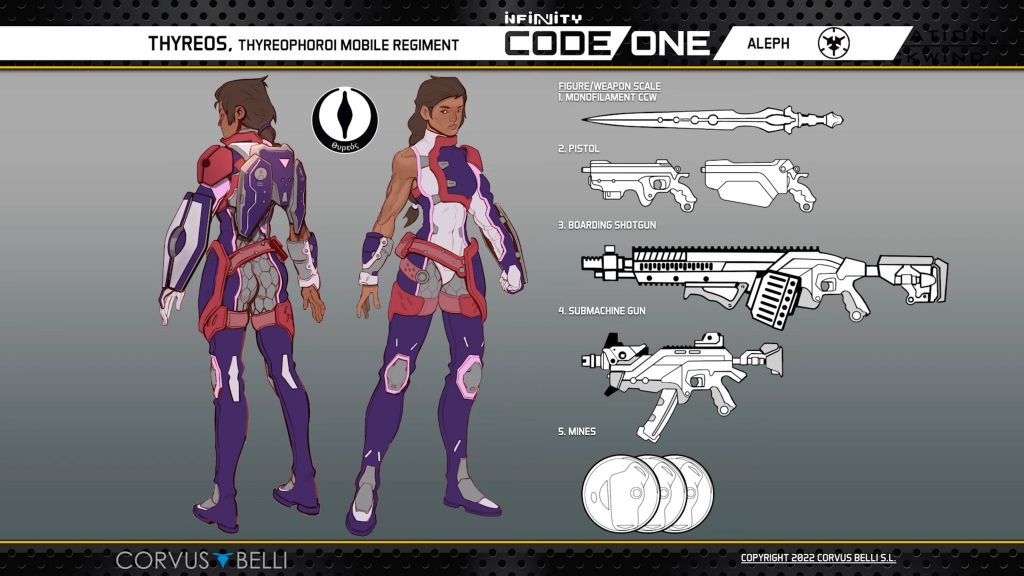 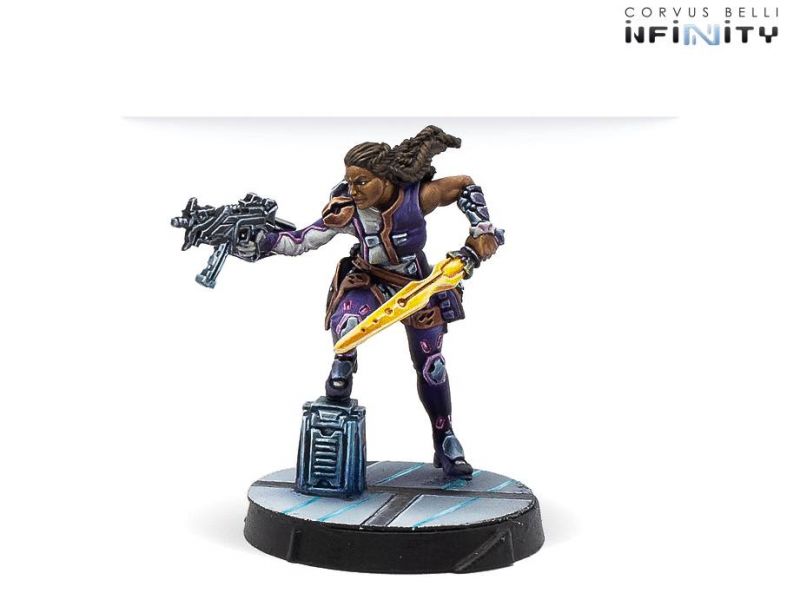