The Fog is its own entity. [...] One of its main features is that the Fog always leaves a trace. Wherever it appears and disappears, wherever it passes or crawls, it leaves something behind. An unmistakable mark, maybe a warning... What's clear is that no place reverts to the way it was before being touched by the Fog. Well, no place and NO ONE… - Let's just say each person's connection with the Fog is a complex matter.

Areas close to the Fog are proof that it respects no boundaries. The stories about these episodes in which the Fog roams the land are terrifying. Tales speak of people vanishing into thin air, of people suddenly waking up in the middle of the night to walk voluntarily into the Fog's embrace only to disappear in it. Some of the people who've managed to come out of the Fog have spent the rest of their lives in a catatonic state. Others appear to have kept most of their sanity, speaking of some sort of corruption, of light, or a reflection... a trace. But the truth is that there's nothing certain about it, all that surrounds the Fog are mere superstitions.

It’s not just the people that are affected by the Fog. Buildings and plants also suffer changes when near or within them. The Fog is unpredictable, one can never know how far its tides will go. It's as if it was somehow... alive.

The only apparent and palpable truth is that the Fog is a threat, something every nation must face, something to worry about. That, however, is something each nation is doing its own way. In fact, not everyone has the same insight on the Fog. Nations such as the Mounthaven Dwarves have known about it for a long time. They've been coexisting with it, since it also lies beneath the earth. They've grown accustomed to it, they've studied it, and they know how to manage it. Perhaps they are at an advantage, or so they believe.

For nations such as the Hegemony of Embersig or Feudom, the Fog is a completely unheard-of phenomenon. They don't know why it has come to their borders. Yet some Feudom nationals have chosen to look for answers somewhere else, attributing these strange events to Sÿenann Elf's activity. The elves, on the other hand, have also known of the Fog for a long time, and they have since taken action against it - they're not about to wait and see how things will play out. They have already set their plans in motion.

As for the Northern Tribes, they're already moving southwards. Their chronicles speak of the Fog as well. Its presence in their lands has forced them to band together in their march towards the southern lands, where the Fog seems less widespread.[1]

The fog is a key element for the WarCrow universe; it has its own entity, and thus it will be present in both Warcrow Adventures and Warcrow the wargame. The fog leaves a trace anywhere it roams, passes, or creeps. There is a stain that remains, evidence of the presence of the fog.

Some places near the limits of the fog have been ravaged by it, and the stories about these episodes are terrifying. Some people vanished, some others woke up in the middle of the night, walked directly into the fog, and disappeared inside of its embrace. Other people were left in a catatonic state, mere husks of what they used to be. Those lucky enough to have survived after being under its influence, in a more or less sane state, speak of a speck light, a reflection…

What the nations of Lindwurm have learned is that the Fog is a menace, a threat; one that everybody must face. However, there might be different approaches and strategies to do so.[2]

Some places near the limits of the fog have been ravaged by it, and the stories about these episodes are terrifying. Some people vanished, some others woke up in the middle of the night, walked directly into the fog, and disappeared inside of its embrace.[3] 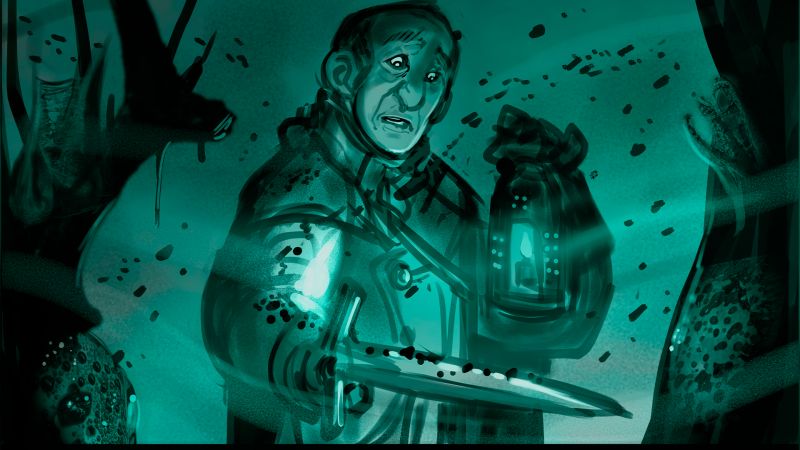 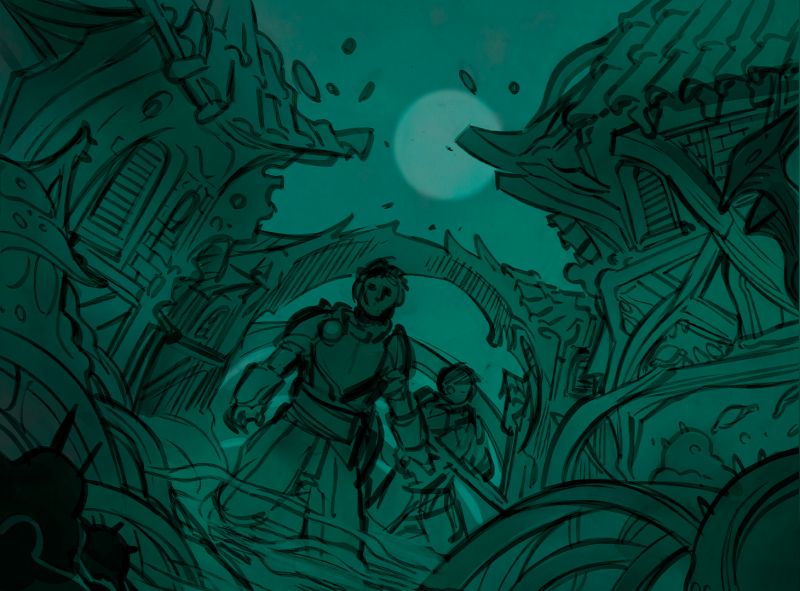