Most policing on Bakunin is handled by the Moderator corps, which is usually enough to deal with whatever trouble appears in the Mothership’s common areas. However, sometimes the Jurisdictional Command needs to pay an unexpected visit to one of the Black Labs located in the Praxis module, where more abstract and less humane experiments take place. Often, if a JC team is knocking on a laboratory’s door, all hell is about to break loose. And that’s where the Taskmasters come in. Clad in bleeding-edge powered armour, Taskmasters enforce the rules when no one else can, or will. Acting as judge, jury—and frequently executioner—once the Special Weapons and Suppressive Tactics team is called in, the situation’s already gone off the rails, and the Taskmasters are making the rules now. And those rules usually involve a good old-fashioned bullet with your name on it.

"Our home, the place we’re sworn to protect, is Bakunin. Now think for a second what that must mean. You have VaudeVille, right? Packed with weirdos with exotic implants doing designer drugs, Pupniks who lost their owner—little rascals can be quite dangerous when agitated—, Chimeras high on heck-knows-what… Sounds like a darned pain to police, doesn’t it? Shoot, that’s the easy part. The real nightmare is this place right here, Praxis. This is where you have the Black Laboratories and the real weirdos. This place exists for cutting-edge experiments, for scientific anarchy. ‘Fringe technology’ means you’re delving into uncharted territory, and sometimes it goes wrong and stops working. Other times, it goes haywire and becomes an almighty problem. When that happens, the Moderator Corps is not going to cut it, so they send us in to find the weirdness and beat the devil out of it until it stops acting up. It’s never easy, but that’s why we’re the Special Weapons and Suppressive Tactics team, we’re elite. When you’re up against freaking mad science, you have to make your own rules and improvise. And if every once in a while that means taking a bunch of Morlocks and throwing them into the fray to buy us a few minutes and some room to maneuver, so be it. It’s not going to keep me up at night, and if you folks object to that, well that’s your problem. As I said, we make the rules here. Tell us what’s the issue and we’ll take care of it, but don’t tell us how to do it, ‘cause that’s our job. And believe me; we’re darned good at it."
-Sergeant 1st Class Brad Corrigan, SWAST-4. Rogue ontodroids-related incident in the Celestial Choir of the Cosmic Power module. Praxis. Bakunin.[1] 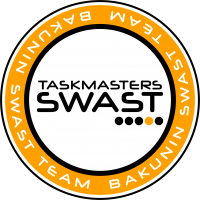 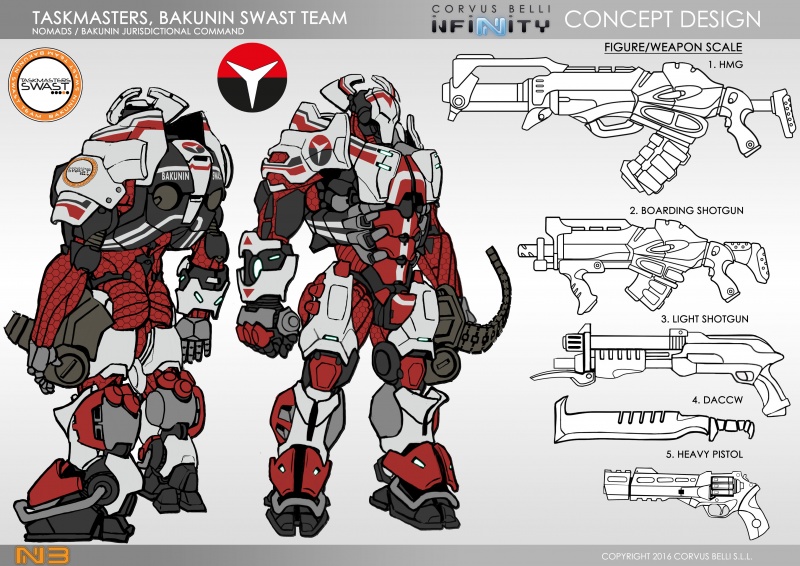 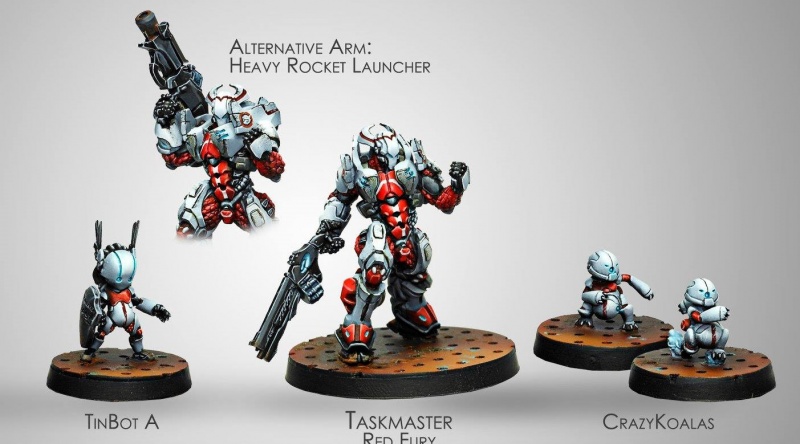 Blister contains one Taskmaster with HMG.