I made a career in intelligence services, and I’ve spent half a lifetime surrounded by spies, the most dishonest people you could ever find. But none were even close to his level. Táowù is, by nature and need, a pathological liar and manipulator that genuinely believes his ends justify his evil.

Let’s admit it, Táowù is a sociopath. You may say he suffers from an antisocial personality disorder if that sounds less mean and more scientific, but it’s the truth nonetheless. Lack of empathy and remorse, dehumanization of victims, egotism, hunger for power and control… The full clinical pattern. Under normal circumstances, he’d been treated and would be a sane individual by now, or at least as sane as anyone else. But nothing can be normal with someone so clever and talented. And yes, talent is just another problem with him.

Táowù has a special ability to detect the breaking points of everyone around him. A clinical eye that allows him to look at anything and see the underlying structure, as well as the weak points that’d tear it down. This makes him a great manipulator, which, in addition to a superb ability for planning and his sociopathy, makes him a truly dangerous opponent. Táowù knows how to win beforehand, he just needs to apply minimum pressure to a single point to make his adversary collapse. Legends say that he managed to put an Aspect of ALEPH into a logical coma using just his cadenced and soft voice. Whether that’s true or not, we all remember how he destroyed the career of that Aristeia! host that hated him so much simply by suggesting that her hair wasn’t as well-groomed as before, which incited a viral campaign that put into question her ability to continue performing in prime time. We all remember the story, but her name was all but forgotten.

In Aristeia! this is all well and good; it’s in the outside world that this should be cause for concern. His career on the HexaDome taught him that he could manipulate and cheat his way into getting whatever he wanted and that rules only applied to him if someone realized that he was breaking them. So why waste his talents just for Aristeia!, where agents and other bloodsuckers leeched a large portion of his profits? There’s an entire international criminal network where his talents would allow him to rise higher and become richer than with any law-abiding corporation. Yes, I’m talking about Submondo, your nemesis, and not only Bureau Aegis’, but any other law enforcement agency’s in the Sphere. Without forsaking his sports career, he managed to prosper there, becoming a heavyweight, for his HexaDome fame is also astonishing for criminals. The problem is that, eventually, there’ll always be someone who talks a bit too much, and the Imperial Service ended up catching him. They may not have that much evidence against him, but they had enough to make the Imperial Agents simply not care whether he faced trial or not. So, in exchange for not ending up in one of their Invisible Prisons, Táowù ended up becoming an infiltrator for the Imperial Service in Submondo. But, of course, this man is a master planner and he has never made a misstep, he always is where he wants to be. It’s strange to think that he didn’t foresee this situation or that he was unprepared for such scenario. Which raises a lot of questions: Was he caught, or did he allow them to catch him? Is he more powerful being a Submondo crime lord or as an infiltrated agent who can aim the Imperial Service at his enemies to clear the playing field? And when he reaches the top, do you honestly believe that he’ll be arrested or forced to disband Submondo? Do you really believe that the Imperial Service would survive the revelation that they have been supporting his criminal career? If you are to work with him, be sure you weigh the pros and cons. It seems that Hawkwood has accepted the risk, but you Aegis are risking it all.

Hannibal, Aristeia! star and mercenary leader, during a meeting with an unidentified agent of the Psi Unit, Bureau Aegis’ intelligence service.[1]

Táowù to Rosencratz during the ADM final, Aristeia! Duel Masters, at the Tunguska Stadion. The moment of hesitation of the panoceanic Aristo allowed Táowù to score at the last minute and take the victory.[2]

He is the knower of all plans, the surfer of the quantum waves and the waters of chance.

Táowù has meticulously plotted out his life with the utmost precision. He has never made a misstep nor failed to take advantage of the missteps of others.

His grasp of the intricacies of social behavior is such that he can unleash Armageddon by uttering a single word.

Táowù is unacquainted with failure because he knows that in show business mistakes are paid for with the currency of ridicule and mockery. All who have accused him of mistakes eventually have no other choice but to admit it was in fact they who were mistaken, exposing themselves to public scorn.

Always keep in mind that Táowù is always exactly where he intends to be and, if he leaves, it’s because he wants to.[3] 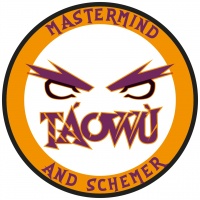 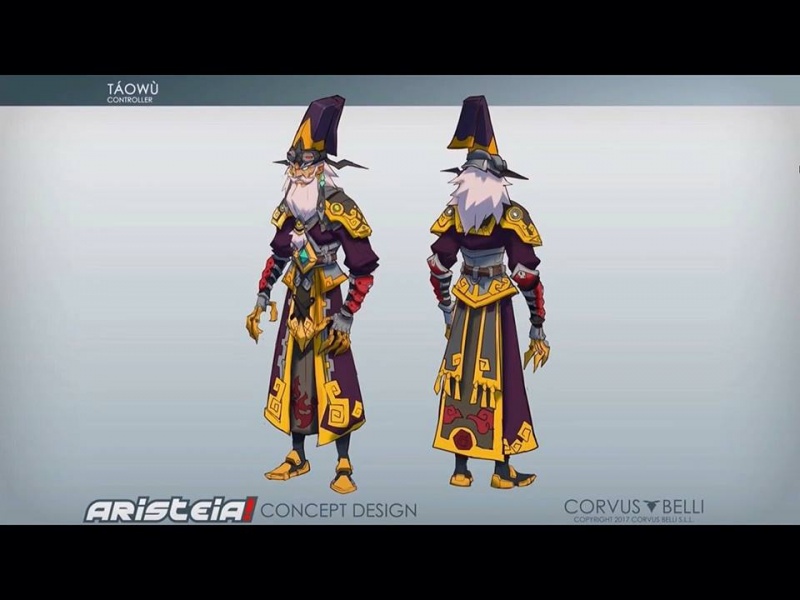 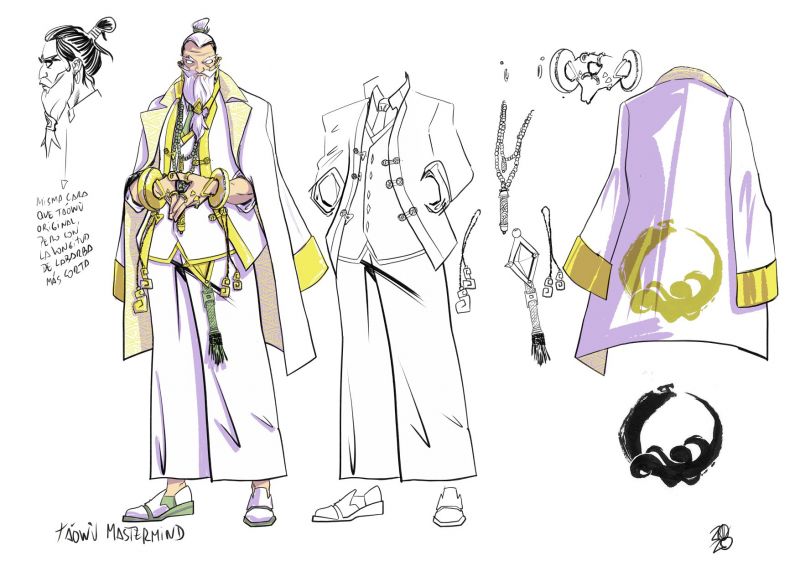 There is no specific Infinity miniature for Táowù at this time. His alternate skin is meant to be used in Infinity (it is packaged with a 25mm and a 30mm base). 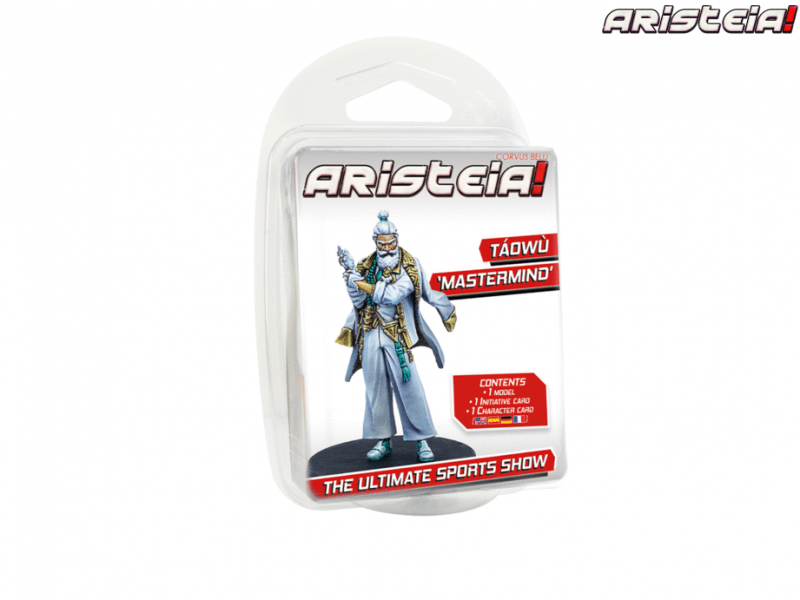 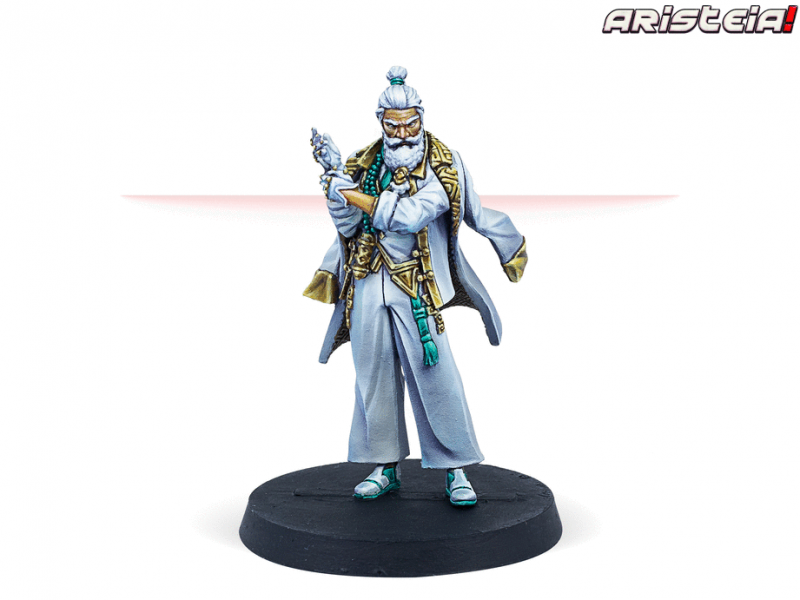 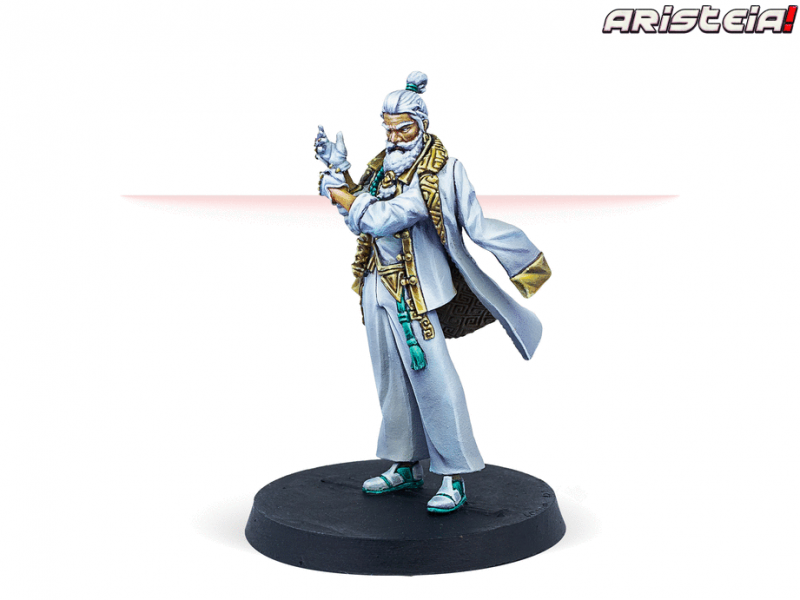 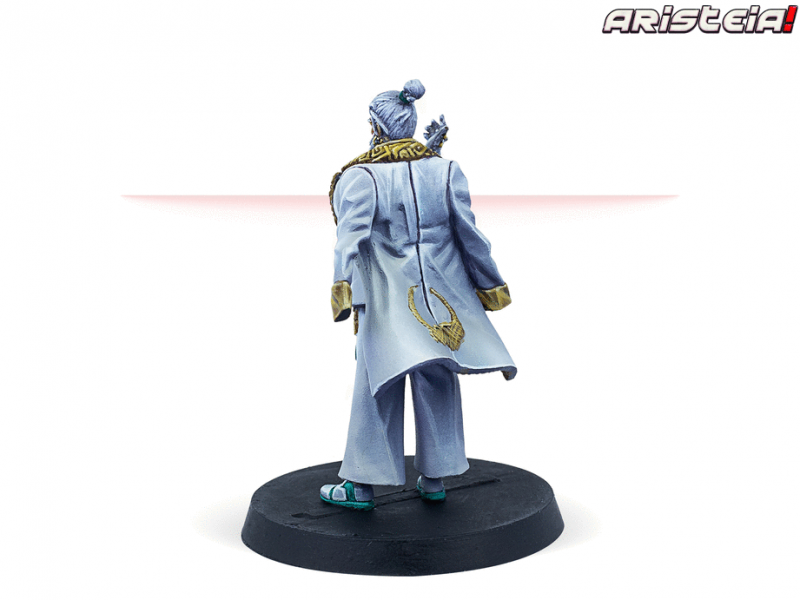