The glorious Suryat Regiment record dates back to the dawn of the Knife Renaissance. Suryats have partaken in and enjoyed every war in Morat modern military history. The Sargasso Incursion? An interesting challenge. The Blink Wars? A piece of cake. The Flash Wars? A simple heating exercise. The Tohaa Campaign? A stimulating routine.

The Assault Heavy Infantry Suryat Regiment is an elite corps integrally made up of members of the Surat caste. In Morat society, Surats are complete Morats, military veterans who earned full citizenship on battlefield, their natural home. Suryat troopers are war professionals; tough but tactically flexible guys. When they arrived on Paradiso, they wore a standard assault armor model, proper for the Suryat regiment: fast and resistant, but also heavy. A model suitable for urban combat as well as naval assaults, but inadequate for the dense jungles of the emerald planet. And a Suryat cannot allow the term "inadequate" to stand, as in this unit excellence and the finest performance is always required. A Suryat has to be always ready, always well prepared. They have therefore modified their tactics, their weaponry and their equipment, making it suitable not only for the theater of operations but also for their adversaries, especially after the recent eruption of the Tohaa into the Paradiso theater of operations. Because, after long years of campaigning against this race, if there is something Suryats know well it’s how to kill Tohaa... almost as well as they know how to kill humans.

The Morat Heavy Assault Infantry is the one charged with attacking fortified positions and is specialized in close combat, either in urban situations or in the interior of ships.

Defining them as “tough” does not say enough about them. They are veterans with several years of experience in combat, participating in the Flash Wars and its predecessor, the Blink Wars. They have survived attacks and suffered ambushes; they have been wounded several times and have seen their companions buried. The sound of war is so natural for them that, if artillery discharges stop during the night, they jump out of their beds ready for a possible enemy advance. The smell of powder and burnt ozone of energy discharges are like a drug for them. In combat, the Suryats are very fast and always surprise their adversaries with the swiftness and courage of their assaults. 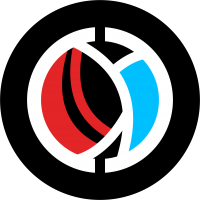 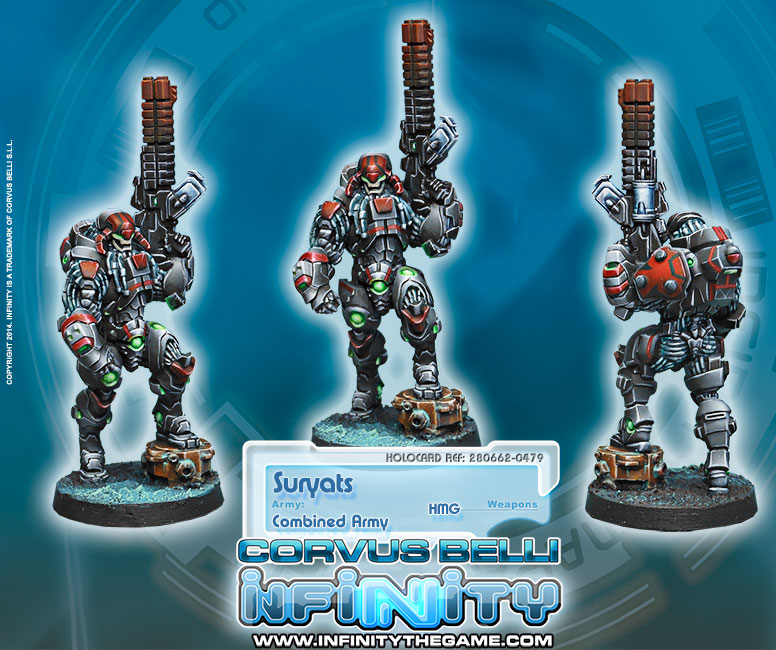 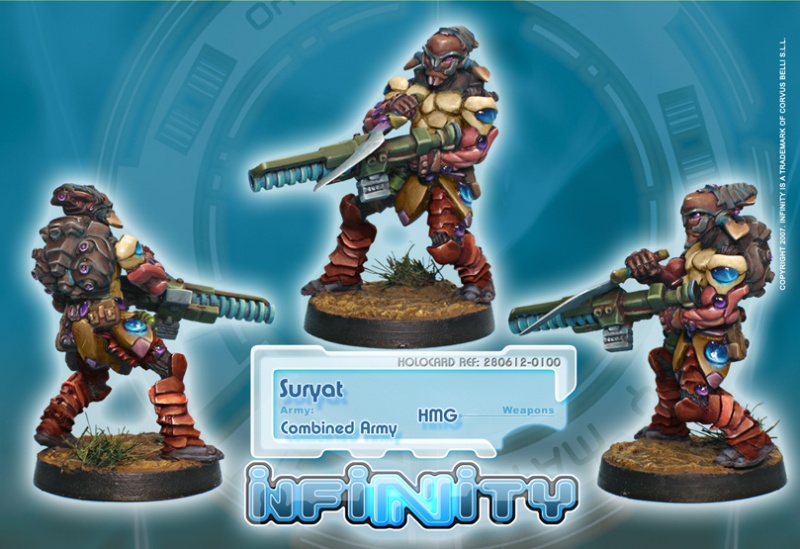 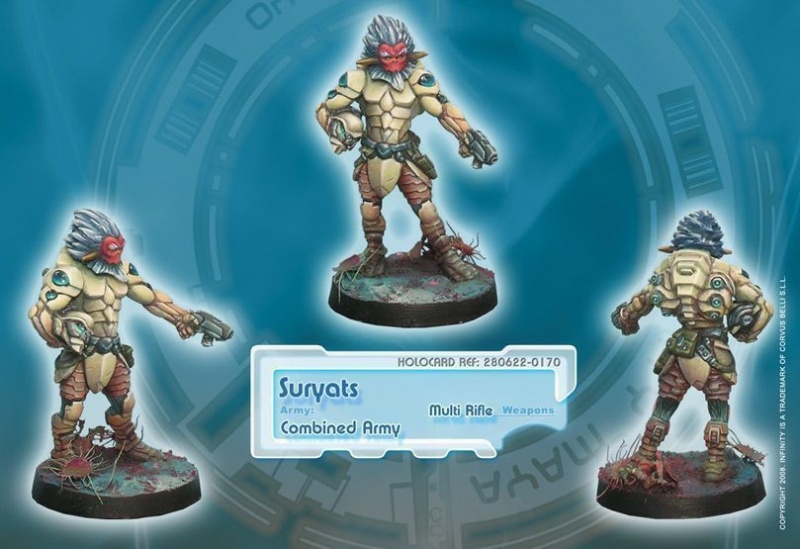 Note that this Suryat came with an alternative MULTI Rifle arm: