The Empire State takes care of its citizens - all of its citizens. It is not a ruthless system that only rewards success, as is the case of PanOceania. Yu Jing recognizes the worth of all citizens and supports them so that they can thrive thanks to their own efforts, even those who have been unlucky enough to receive help from the Empire State to rise from their ashes through hard work and commitment to Yu Jing's ideals and goals. Thus was the case of So-ra Kwon, a "chaebol princess" who fell from grace and became another of the many heroines of the Empire State Army.

The chaebols, powerful Korean industrial conglomerates, underwent a strong transformation under the Yujingyu regime. The Empire State could not tolerate the existence of economic giants with the great political influence which was a paradise for the privileged. To combat this, harsh control mechanisms were imposed. Similar mechanisms were put into place for those of the other Yujingyu corporations, which limited this influence and subjected them to the supervision of the Party so that the Korean citizens of the Empire State could enjoy that egalitarian and fair society so characteristic of Yu Jing and that is the envy of many in the Sphere.

However, it was inevitable that the big corporate executives of the chaebol, like those of other Yujingyu corporations, would end up enjoying more income, contacts, and influence than an average citizen. It is what in Yu Jing's Korean territories is known as "chaebol royalty," a reality of which the Party is aware and keeps in check.

So-ra Kwon (or Kwon So-ra (권소라) if we stick to the Korean spelling) was a "chaebol princess", the daughter of high-ranking officials of the Jangjeom chaebol (장점, Advantage) who enjoyed a privileged life until her parents fell out of favor. Errors of judgment on the part of his father, head of jangjeom's Risk Assessment division, caused terrible economic losses to the entire conglomerate and resulted in a dispute with the Ministry of Economy within the Empire State. This led to a withering dismissal of both parents, who saw themselves on the street and with a stain on their hard-to-hide resume that condemned them to the lowest positions on Koguryo's business hierarchy.

From the top to the bottom, and overnight, so was the reality for the young So-ra. Her future prospects, with a guaranteed position in the most prestigious universities, were erased with the stroke of a pen. From that point on, she would have to really work to prosper, just like all the other young yujingyu. This was a concept that So-ra was not accustomed to after a life full of luxury, as shown by her not particularly brilliant academic record. Moreover, ending up in a public high school in a popular slum in the industrial city of Magosung – the typical hangout of khangpae (Korean gang members) – was not going to help her in the slightest. So-ra had to concentrate on surviving rather than passing exams. A "chaebol princess" is easy to track in Maya, and an easy target for bullies.

Anyone could think that our "chaebol princess" would break. Well, no, quite the contrary. It is true that something broke in her, but it was something that no one expected. So-ra was a functional psychopath, whose condition was perfectly controlled thanks to an experimental haqqislamite medication where a pre-programmed biosynthetic gland grafted into her body delivered chemicals to her in precise doses. It was the repetitive beatings that affected that gland, which removed the medication from her body, medication that had to be replaced. Unfortunately, the XTR-2 antipsychotics that the State Public Health Could Provide were not as effective as the advanced Haqqislamite medicine. They neither balanced the chemicals coursing through her body, nor did they last as long as the previous medication - requiring more supervision, more technical maintenance, and above all, more self-control on her part. After that beating, and feeling betrayed by society, So-ra was not exactly looking to cooperate to better blend into society

With insufficient XTR-2 antipsychotics, and without any school authority being warned of it, she returned to the institute. There, deliberately and painstakingly, she manipulated and deceived everyone who she needed to so she could take revenge on the khangpae who had beaten her. Revenge that she physically executed on the gang leader, although no one could implicate her as that homicide never solved and that was attributed to a revenge killing by a rival gang.

Passing silently under the radar, she arrived at the end of her academic studies with grades that did not allow her to enter any university, so she opted for the army. A military career could open the doors to some important university, or contacts in the Party, and thus climb socially to where this "chaebol princess" considered her proper station. Of course, it was up to her to start from the bottom, but being a functional psychopath, she used her innate strengths (intelligence, calm demeanor, a rational mind, and relentless drive) to her full advantage. She had to keep her antisocial tendencies under wraps, or she would be discovered.

When enrolling in the recruitment office of the city of Magosung, the choice of destination unit was obvious - the Jujak regiment. This would serve as her springboard to a better future. There she demonstrated that being a trained professional killer would work for her: a firm pulse, an accurate eye, and a great ability to locate the vulnerabilities of her targets. She also used these capabilities to boost her military career, pushing away potential competitors in each position, so that she managed to rise in rank quickly, and even more so in times of conflict such as the current one - where the competitor can simply fall victim of friendly fire. All of this without So-ra feeling the slightest of regrets. Psychopaths are said to be opportunists, so anyone who crosses this young woman's path risks becoming an opportunity for her.

Is it a dangerous game she is playing? Absolutely - but like many other psychopaths, So-ra is an intelligent and caring person. She is always attentive to the signs: when she notices that she begins to become too unsympathetic to the troops under her command, or that she begins to take too many risks that could jeopardize her career when she perceives that the situation is beginning to deteriorate... Then, she quickly asks the medical service to fill her diffuser gland with medication, but without warning them that it is still not well tuned at all. That is an advantage that she is not willing to give up because she knows that the Sphere is a hard and ruthless place and she will need that advantage because it is the advantage that will help her get to the top. A race to success in which she will always have the help of the Empire State, because, in Yu Jing, the effort is rewarded. It is clear that there is no one who strives harder than her.

This is Sergeant So-ra Kwon: an example of the Empire State and the egalitarian society that Yu Jing has forged.[1] 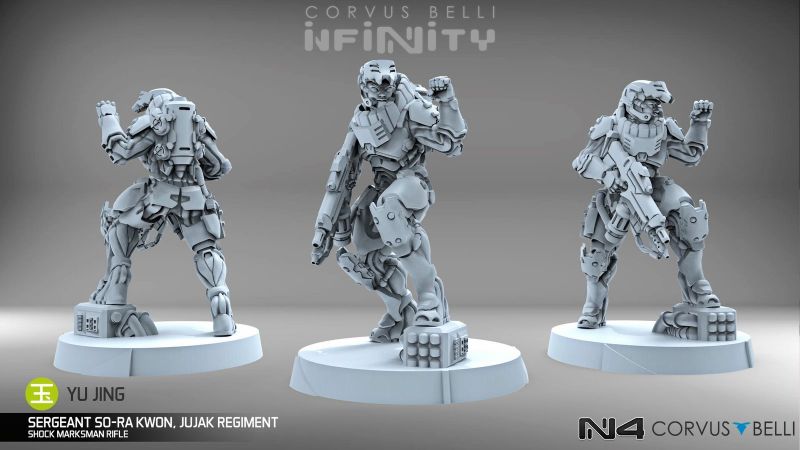 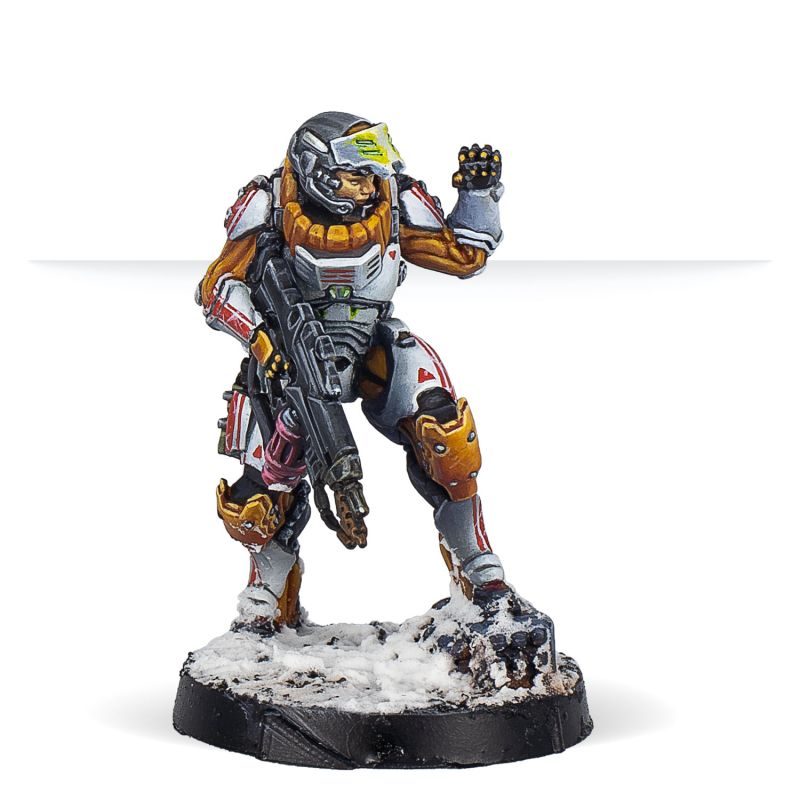