The name Shinobu Kitsune does not appear in any archive or database. It's a false name, an alias, a mere identification code. Shinobu Kitsune is not a real person, they do not exist. They are a ninja. But not simply a stealthy assassin, martial arts expert, but rather an Oniwaban. A spy master that carries out the most dangerous field missions, or the ones that require the most responsibility.[1]

The name Shinobu Kitsune does not appear in any archive or database. It is a false name, an alias, a mere identification code. Shinobu Kitsune is not a real person, he does not exist. He is a Ninja. But not a simple stealth assassin, expert in martial arts. He is an Oniwaban. A master of spies, a kind of liaison officer who has under his charge a group of agents in a zone or specific territory, and is responsible for those troops before the clan leader. However, it is also believed that the Oniwaban carry out field missions, the most dangerous or those with the most responsibility.

The Military Intelligence section of O-12 attributes to a certain “Kitsune S.” the acquisition of the greatest amount of classified material possessed by Yu Jing on the Combined Army of the EI. Apparently, this individual was intentionally captured by the Morat and kept prisoner by them for four months. During this time, he observed, analyzed, took notes, recorded and stole all the computer files from the detention center. After that, he escaped, travelling through thirty-five kilometers of Morat territory and eighty more of no man’s land, until making it to Yu Jing lines. Obviously, all this information is unbelievable, typical Yu Jing military propaganda; nobody is capable of such a deed. Nobody... like the Oniwaban that, like the Ninja, do not exist. Shinobu Kitsune is not real; he is no more than a smokescreen, a false name... 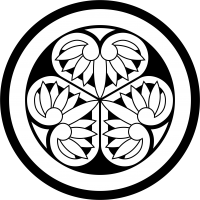 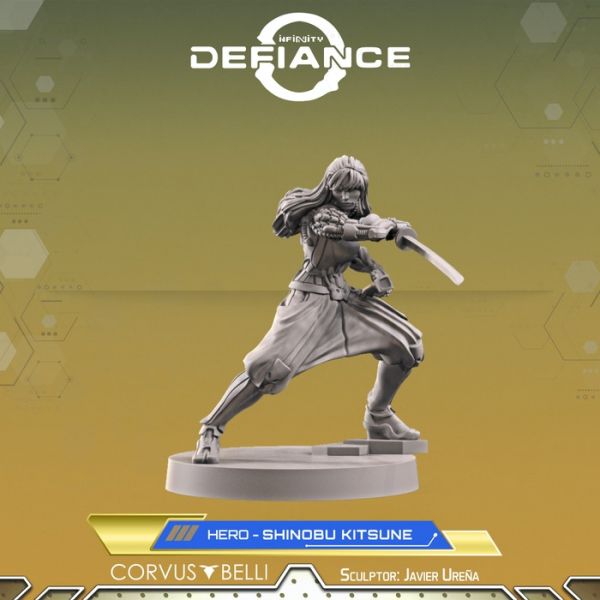 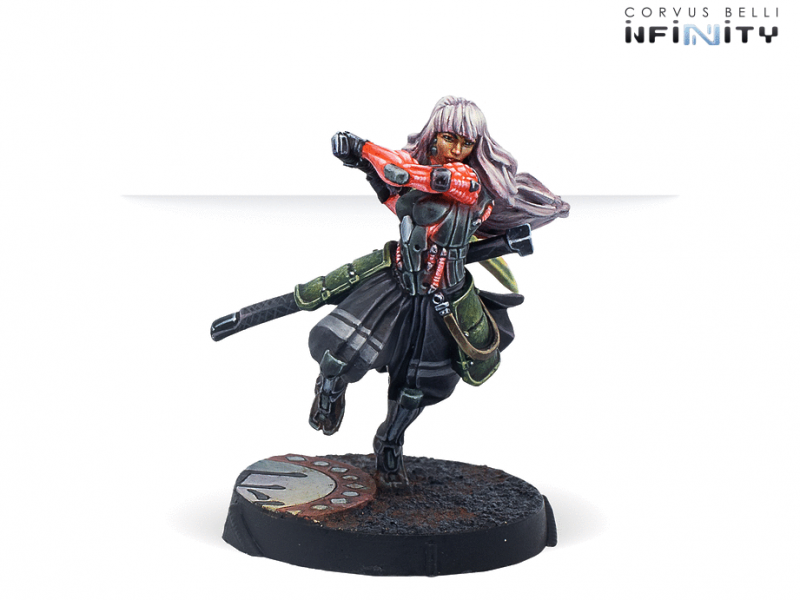 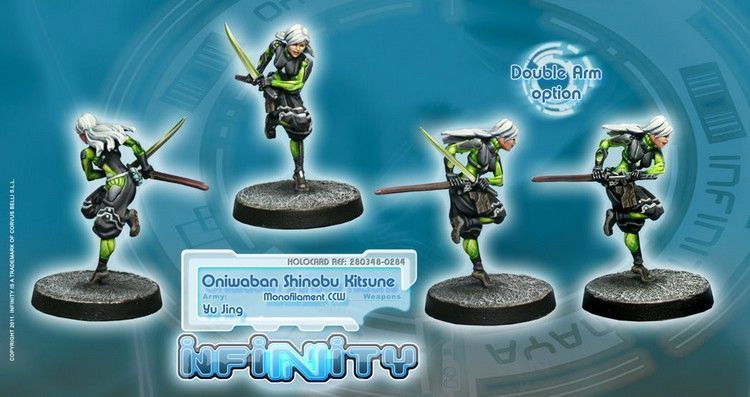 None at this time, though her Defiance model is not available through retail.