The Father-Officers of the different PanOceanic Military Orders (Hospitallers, Teutons, Knights of Santiago, of the Holy Sepulchre, Montesa...), have the job of leading the vanguard of faithful troops into the heart of battle. In the heat of combat, cut off from the call of God, the Father-Officers are capable of reaching the doors of hell itself. They are reckless, they attack without fear of death because they know they are imbued with the power of Christ. Such religious fervor has led to such a high number of fallen among the officers of all of the Orders that it was decided to equip them with Remote Presence combat units. Currently the Seraphs are the most visible element of any attack force of any Military Order, always on the front line of battle discharging the fury of God through their own weapons systems or those of their accompanying Auxbots." 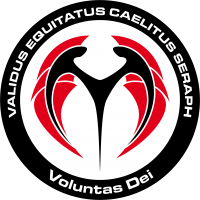 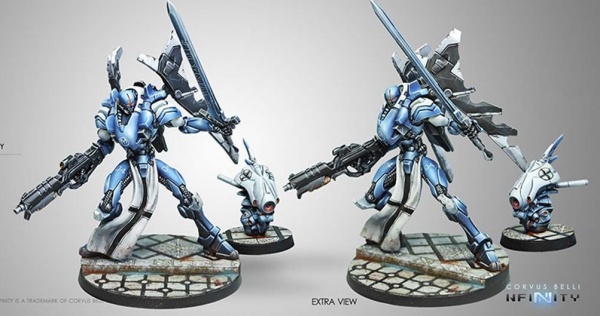