“Stand there on the floor and blood, pendejo. You are no more than a mere punching bag to me. I am Señor Massacre and this fight ends right now”
-Señor Massacre to his adversary just before his 23rd victory. Corregidor, illegal fight circuit.

There is a clandestine street fight circuit in Corregidor. It is totally illegal, of course, so the vatos and tsotsis (Gang members from Latin and African origins, respectively) who participate in it use masks and an alias to hide their identities. The nom de guerre and the mask serve to create a character and a reputation in this underground culture.

Señor Massacre had a bright career. He was an agile and intuitive fighter, and for quite some time, he was a sure bet. But the fame and drugs made him lose part of his intuition and he made some bets his skills could not cover. Hounded by debts and thugs, he joined the Nomad Military Force and asked for assignment to the frontline where he learned new things and recovered his combat intuition. During the NeoColonial Wars, he was the only commando who survived the boarding and destruction of the Sun Jiao cruiser. As a result, his face was permanently marked by radiation and military assault viruses: a massive abrasion of the skin that cannot be healed, even by the most avant-garde regeneration treatments of Bakunin.

Licensed by the Nomad Military Force, he recovered his former identity as Señor Massacre and became a private contractor. It was known that he was the leader of a corsair boarding group in Human Edge, that he worked for the Los Puños Rojos guerrillas in Central America jungles, that he acted as saboteur for the eco-terrorist group Eco-Aktion, and that he was the bodyguard of a drug lord from Tien Shan. For some time he returned to the clandestine fight circuit, but then he rose to the major league, in the Aristeia! Underground, where he stood out for his verbosity and spectacular fighting, and for the cruelty and lack of mercy shown by the spec-ops veteran.

Some people say Señor Massacre is no more than a facade and his behavior is not so much aggressive as it is self-destructive – revealing a man that hates himself and tries to hide behind a festive mask and overpowering attitude. But pop psychology is of no interest to those who contract him, and even less to the victims of his deadly abilities.

One-time champion of a highly illegal fighting ring on Corregidor, before the fame and the drugs took control, Señor Massacre is a phenomenon. He had amassed 34 victories in the ring, six more than the next most successful fighter, before he took his first beat down. Between the haze, shakes, and lagging reaction time, he went from a sure bet to a let-down. Mired in debt and seeking a way out of the hole he had dug for himself, he enlisted in the Nomad Military Force. He served with distinction until a boarding action on a San Jiao battlecruiser left him disfigured with radiation burns and scars from military-grade viruses. Discharged from duty, Señor Massacre turned to the one career that offered the most opportunity for his uniquely trained skills set. Over the years that followed he served throughout the Human Sphere in a number of famous and infamous operations. His place in the spotlight as a member of the Soldiers of Fortune Aristeia! team allows him to sometimes take up work with the opulent Foreign Company mercenary outfit. Highly aggressive and with little regard for his own safety, he is capable of pulling off missions others would describe as impossible. He is a deadly foe, masked in the persona he developed and maintained from his early days in the fighting fighting rings of Corregidor. Much has been said and written about him, but one thing everyone can agree on is that where he goes, death follows!

Merc and showman, Señor Massacre is as violent as he is chatty. His military past provides him with enough experience to honor his stage name. In the middle of the fight, katanas in his hands, the result tends to be a lot of mortally wounded enemies, to say the least. His constant mockery of the show, everyone else, and himself, is just his way of constantly avoiding a past that haunts him, trying to drive him crazy.[1]

Mercenary and showman, Señor Massacre is as violent as he is chatty.

In his heyday, Señor Massacre led a brilliant career in the underground fighting ring of Corregidor. He was legitimately good, an agile, intuitive fighter and, for a long while, a safe bet in the ring. But fame went to his head and drugs quickly followed, and Señor Massacre lost his edge and, with it, one too many bets. To shake his debtors, he dropped the luchador persona and enlisted in the Nomad Military Force. He volunteered for a forward outpost, where he learned proper teamwork and regained his combat senses. During the NeoColonial Wars he was the only commando to survive the boarding of the Sun Jiao battle cruiser and the subsequent shipwreck. He lived, but not unscathed: radiation burns, and military-grade assault viruses disfigured him beyond the help of even the most experimental regenerative treatments Bakunin could offer.

Once discharged from the NMF, Señor Massacre became a freelance military contractor under his old pseudonym. Records show that he led a corsair boarding crew off Human Edge, worked for the Puños Rojos guerrilla on the jungles of Central America, acted as saboteur for the ecoterrorist group Eco-Aktion, and had a brief stint as a bodyguard for a Tien Shan drug lord. For a while he even went back to the fighting rings, but this time on the major leagues: Aristeia! Underground, where his bravado and showmanship earned him as much praise as his spec-ops brand of hard-boiled viciousness.

His team has performed so well this season that this year will be one of the best of Aristeia! His nerve and shamelessness in front of the cameras have earned him a lot of fans throughout the Human Sphere.

“You people don’t appreciate me at all! To you I’m just this ‘cool mercenary’ guy with a cute little butt and two sweet-ass katanas. Well, I can cook too, you know!”[2]

This is the Human Sphere, man. You can't walk up to a dude and shoot him in the face just like that. You gotta drop a badass one-liner first, you gotta have some showmanship!"
—Fragment of a conversation overheard at the Conga Club in VaudeVille, between Senor Massacre and someone described as "Cossack-Ariadnan looking"[3]

“If life gives you lemons, you make lemonade, right? Well, life gave me crap, so what do you think I did with that? That’s right! I bought guns.” [Sounds of indiscriminate slaughter.] “Also, I made lemonade! The alternative sounded gross. You guys want any?”
—Señor Massacre, having a chat with his co-workers during a boarding action. Haqqislamite corsair ship Kara Gölge (Black Shadow), Human Edge system.

“You don’t give me enough credit! For you I’m just a super cool mercenary, with a sexy ass and a pair of awesome katanas. But I also know how to cook!”.

“This is the Human Sphere. You cannot just shoot a guy in the face like that. That’s wrong, really wrong. You gotta say something cool first, don’t you have a sense for spectacle?”[4]

Senor Massacre is named after the comic book character "Deadpool." In Spain, the name Deadpool was translated as "Masacre" 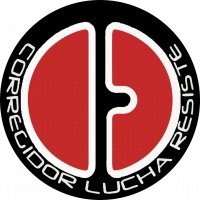 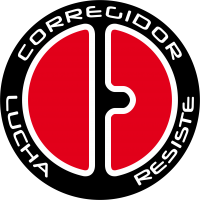 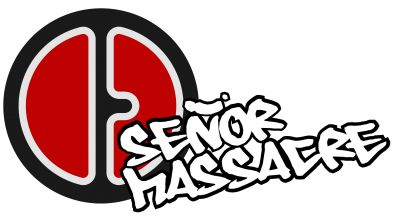 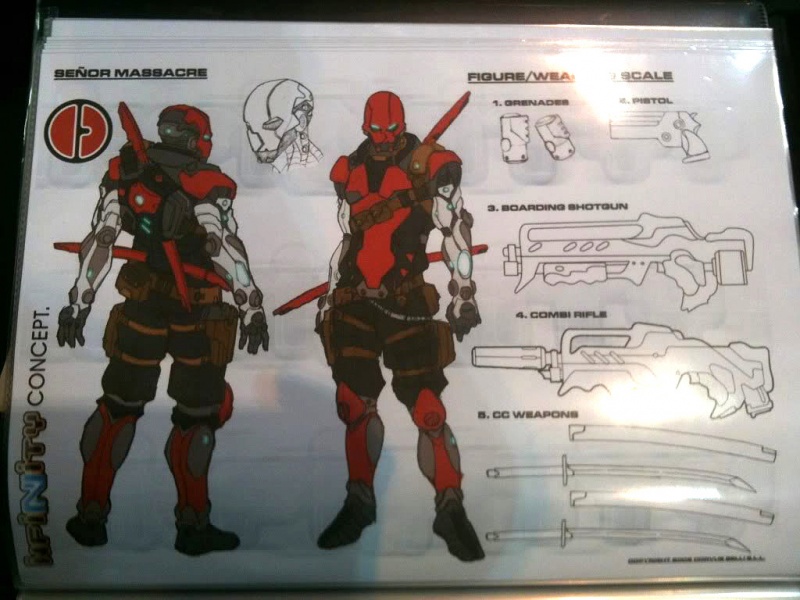 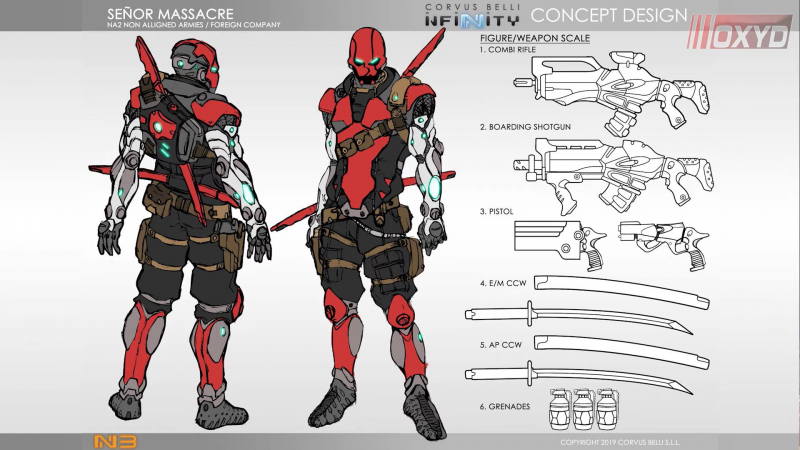 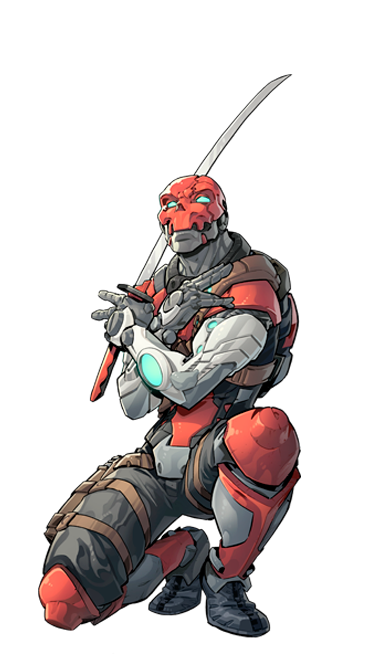 Available in the Soldiers of Fortune box 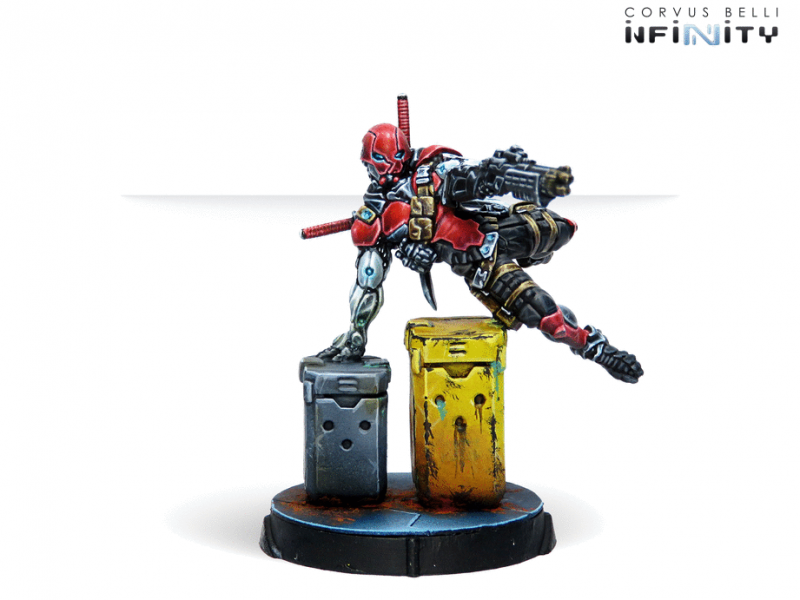 Available in the Soldiers of Fortune expansion 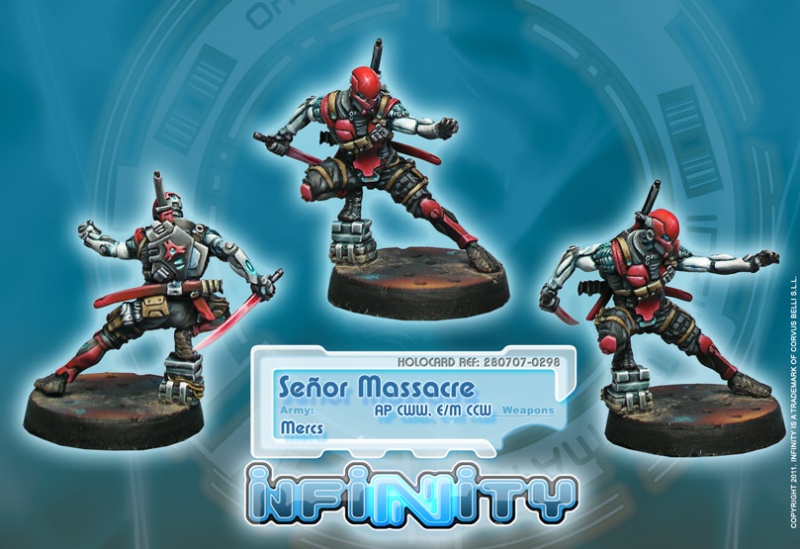