“Air son ar duthchais” (“By our inheritance”). Gaelic motto of the Scots Guards.

The creation of the Scots Guards Regiment was the answer of the most progressive sector of the Highlander Army Command’s to the lessons learned from the painful defeat suffered in the Separatist Wars. They tried to found a unit that moved away from the influence of loyalty to the clan so present in all Highlander troops. This new regiment would only answer to the Military command and the Justiciar, and not to any clan. For its formation, training, and leadership Colonel Émile Augier was contracted, a mercenary officer of Merovingian origin who was well versed in modern battle techniques. The Colonel turned the 6th Regiment into a flexible and mobile unit, very well trained and disciplined, adept at long distance fighting as well as close combat. The creation of this new regiment, known as the Scots Guards, would receive a great deal of criticism from the most powerful clans, who saw it as a clear attack on their military-political influence in Caledonia. It is believed, although it has not been possible to prove, that this antagonism was stoked by the government of Mat’, always interested in intensifying the rivalry between the Clans and the Justiciar in order to maintain Caledonia in a politically weak and unstable situation. The sudden death of Colonel Augier was attributed to the Cossack intelligence service, but this attribution could never be proven. The Colonel's substitute was his first officer, Commander Clyde Rannoch, a veteran of the Special Ariadnan Service, who would continue the innovative work of his predecessor. Under the command of Commander Rannoch, the second battalion of the regiment would be instructed in Commando techniques, specializing in ambushes and surprise actions.

The Scots Guards had the chance to prove their worth during the various Antipode Offensives, but where they really distinguished themselves was in the Commercial Conflicts, facing regular professional forces who were better equipped than they were. The Scots Guards were renowned for the Northeastern Border Operations, where they supported the actions of the Merovingian Rapid Reaction Force, and received an Honorable Mention for their shining performance against the unstoppable Yu Jing Forces during the Defense of LochEil. The Sixth Regiment demonstrated then that it is an elite unit comparable to any other of the Sphere, a unit that counts on the innate courage of the Highlanders yet separated from their characteristic madness in combat. Nevertheless, the most important thing is that they demonstrated their adaptability and the capacity to integrate into an international force. For this reason, the Scots Guards were the first option of the Ariadnan Control to comprise, as required by O-12, the Expeditionary Corps destined for Paradiso and also one of the first Ariadnan units destined to go beyond the Dawn system.

The Scots Guards is a strange unit in the Caledonian Armed Forces, a regular Corps specifically formed to execute special operations, equipped with a strong regimental pride, but without any clan ties, a unit that combines the best of the warrior tradition with the best of the Highlander tradition and the dirtiest tricks of the S.A.S. Commandos along with the most modern battle techniques, a promise of what the Caledonian and Ariadnan armies could be in the future. 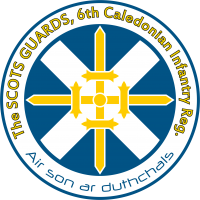 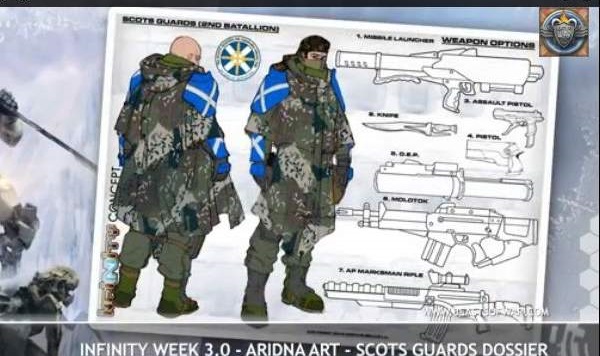 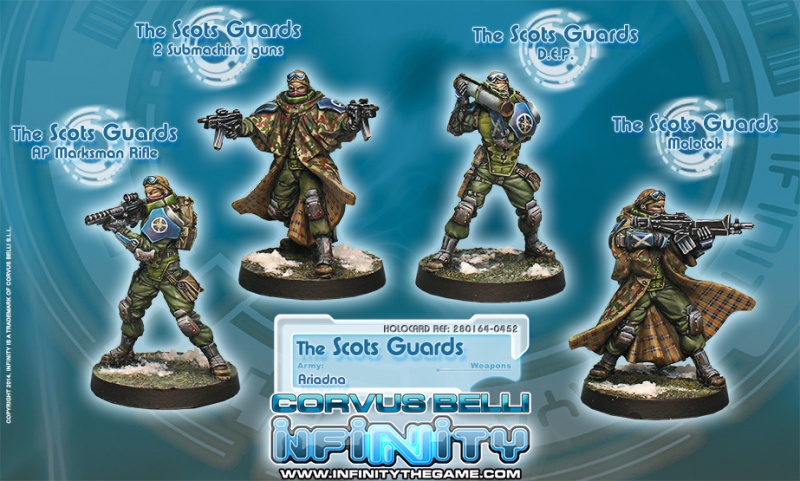 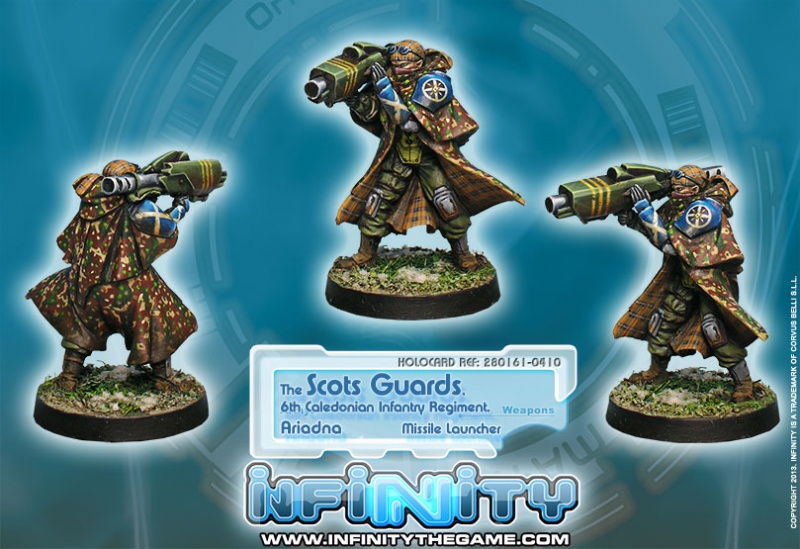