Vaarso Battlespeak notation: The numeral Rasail, which represents number 6300, is envisioned as iterating on the Tohaa core integer, number three. To construct it, three is first multiplied by a thousand, then doubled, then added to three again, this time multiplied by a hundred. The repeated occurrence of the number three, compounded each time by round figures, is said to reflect a concentration of powerful energies. Rasail is the irresistible force, the indomitable will that masters its own fears and weaknesses. It is used as shorthand for courage, but also for recklessness and unbridled rage.

Profile: The Rasail Team is one of the most accomplished boarding units in the Tohaa Armada. They are embedded in the armed intercession groups of the Tohaa Naval Infantry equivalent, stationed on the Errant Ships and their auxiliary fleet. The corps was founded, in the midst of the Wars against the Fenrig Imperative, by Colonel Haal Noovan, a decidedly over-the-top character who would have made an excellent pirate captain had he been born in the prior millennium. Colonel Noovan led the boarding teams of the legendary ship Pride of Baalgar, which spearheaded the Tohaa counter-offensive against the Imperative forces in the Dinnea cluster.

As heirs to a highly aggressive military philosophy, the Rasail fight in an intensely proactive manner. They dictate the terms of the assault, oblivious to the threat of enemy response fire. They bring the pressure by making direct, all-out contact with the enemy from the get-go, and keeping that momentum to fight with determination when needed. Under Colonel Noovan’s supervision, the Rasail have had their equipment adapted to their specific operational needs. They carry enhanced firepower and are outfitted with light armor plates capable of deploying extra nano-protection to securely close the gap with the enemy. Chaksa support Peripherals are standard issue for Rasail operatives, who often find themselves in clean-up situations where they must spread their forces to secure the combat zone one room at a time. 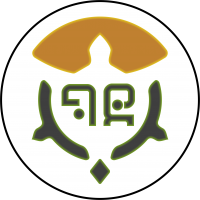 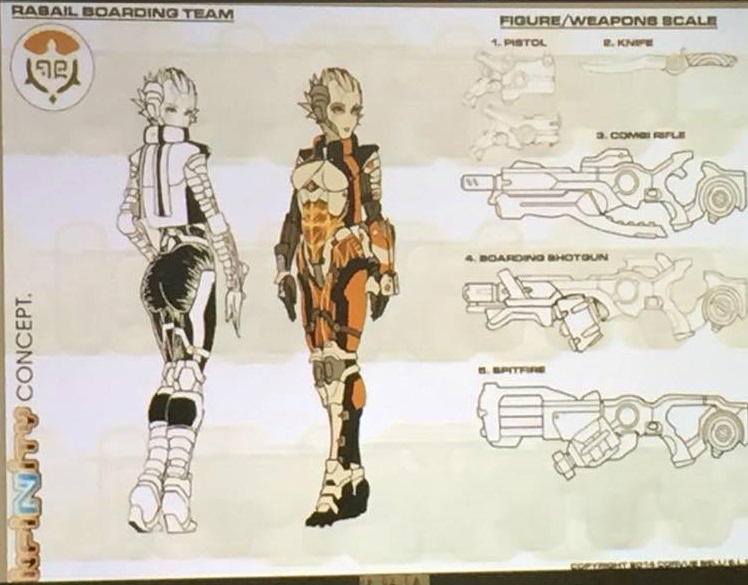 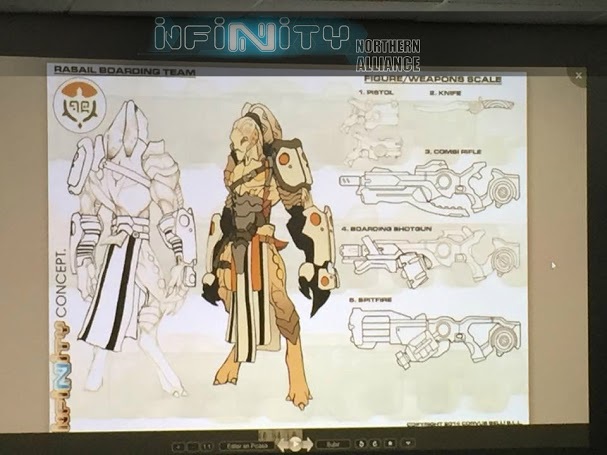