The Raptors are part of the Starmada Rapid Response Regiment. The unit specializes in lightning operations and immediate strike and contingency deployments. As a marine infantry unit, they can be dropped off to establish a beachhead. It is also their duty to carry out Space Interdiction/Boarding Operations and to establish the SWORDFOR Armada's Security/Counterterrorist Control. All its members get Zero-G and EVA training, so they are the battle crew of O-12's ships and orbital platforms. This means the Raptors constitute the first line of planetary defense. Since it is a strategic purpose force, this unit is incorporated as a special squad to Starmada's tactical operating teams. Speed is the key to their strikes. The Raptors know that when the battle takes longer than the initial thirty seconds, that is when the real thrill begins.

The philosophy of EVA combat is: “The first to get a hit wins.” The smallest hole in the EVA suit results in instantaneous decompression, so if the impact does not terminate the target, at least they will stop fighting as they try to block the hole before running out of oxygen. In other words, they will become an easy target for the members of this squad. Equipped with semi-autonomous remote-activity tactical auxiliary units, Raptors are pure target hunters, swift, versatile, and deadly. They did not look for a cool name for their squad, it was given to them by their enemies—among many other names that did not sound as cool—and their service record shows they have fully earned it.

This unit was introduced in N4. 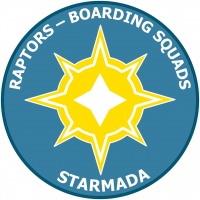 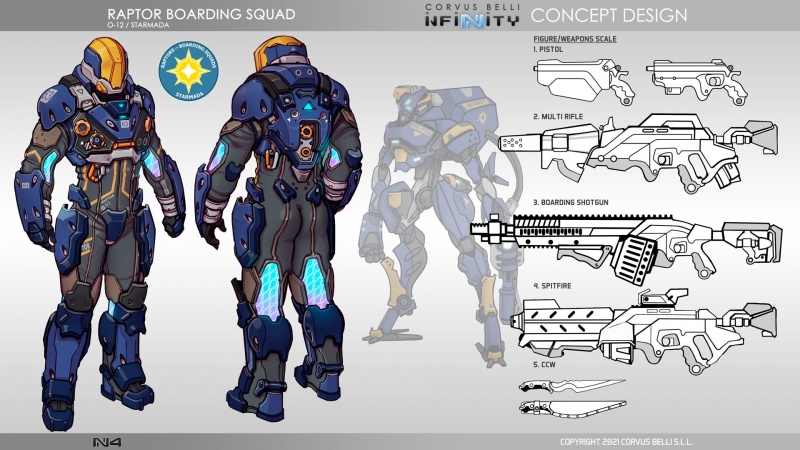 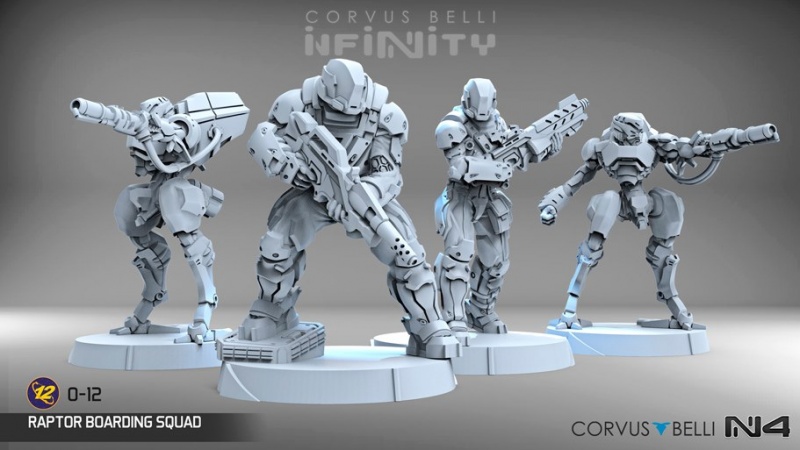