Raichos are the basic instrument of the Morat Armored Brigades: a gargantuan combat machine operated by a bloodthirsty alien. For evidence of their operator’s piloting skills, one need look no further than the Demarok pelts—a mighty predator—strapped to the back of their TAG as hunting trophies. Raichos make for powerful, steel-clad war mounts with traits more akin to a bull than a horse: strong and unyielding, but unresponsive once they gain momentum. Their design does not respond to a need for subtlety, but nothing beats them when you need to barge in, guns blazing, through enemy territory.

Despite the substantial mass of their armor plates, nearly half the weight of an operational Raicho comes from their munition reserves. This is a result of the personal preferences of Raicho pilots, notoriously partial to displays of indiscriminate firepower. The Morat Armored Brigades were conceived specifically for offensive missions, and owe a good deal of their success to their ability to fly into fits of extreme rage during the most intense stages of attack operations. These TAGs, masterfully adapted to their operational profile, radiate distilled rancor. Effective, lethal and capable of dealing fast, sustained, devastating blows, Raichos are the weapon of choice for the Morat Supremacy.

There can be nothing more disparate than the TAG pilots of the Combined Army. On the one hand are the Raicho pilots, violent Morats who trophy hunt gigantic predators to decorate their war machines. On the other hand are the Shasvastii pilots, whom you will never see because they operate remotely. But what you will see are their Scindrons, ancillary units that detach from the hull of their Sphinxes to access those places that the TAGs cannot reach.

The Morat are no primitive savages, embracing new technologies, but they believe in keeping their traditions alive. Morat exo-armoured TAG pilots such as the Raicho go one-on-one with the apex predators of Ugarat, the Demarok. A Demarok hide won in the hunt is a sign of status.

Understanding how raichō—meaning “thunderbird” in Japanese—became the unofficial designation for the Morat Armoured Brigade’s Raizot pilots goes a long way toward understanding these firebrands. The term was coined by Yu Jing’s Nipponese troops, who first encountered the Raicho piloting TAGs decorated in Demarok pelts—trophies from a mighty predator on Ugarat—and unleashing cacophonous torrents of ammunition upon the battlefield. The mottled white pelt reminded them of the raichō bird from Toyama Prefecture, and “Thunderbird” certainly described these alien terrors.

The Raicho, for their part, neither knew nor cared. But they weren’t about to turn down a sobriquet their enemies shrieked before dying, so they adopted the term themselves, and have used it ever since. Daredevils with a particularly nasty sense of humour, Raicho are bullish, unsubtle, and hard to divert once they’ve built up a head of steam; traits they share with their signature TAG.

"Humans are nothing more than breathing targets." 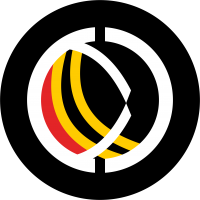 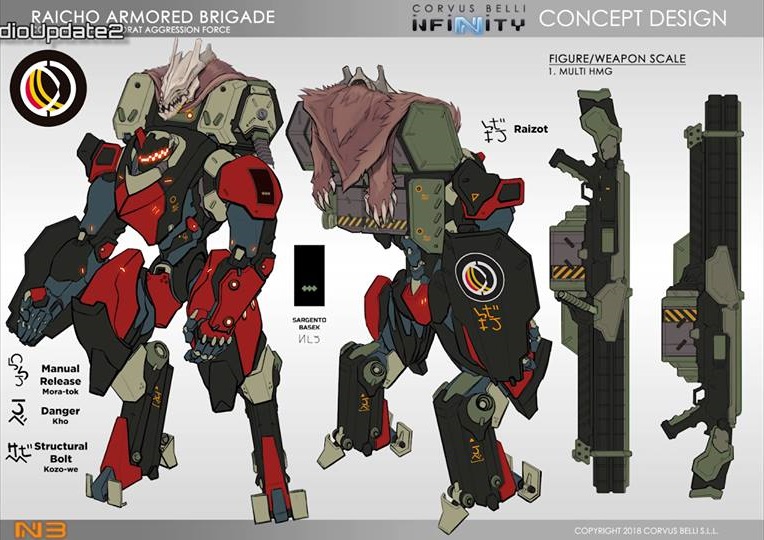 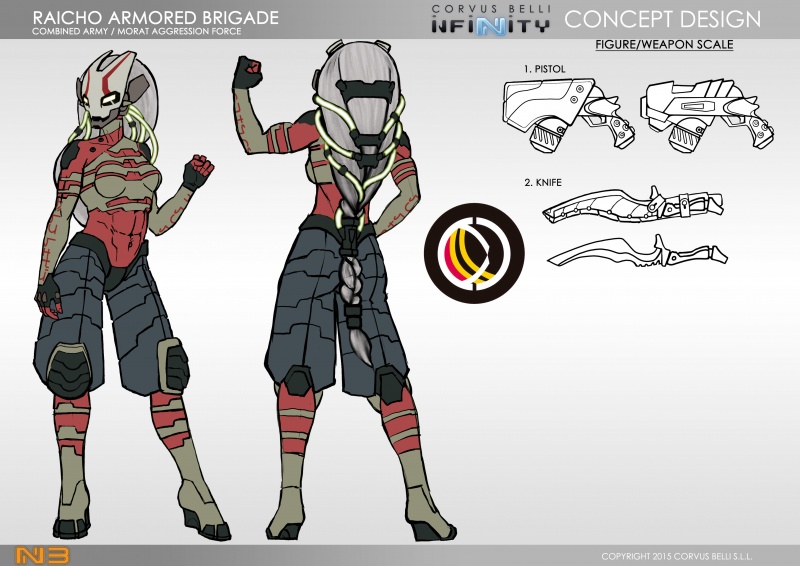 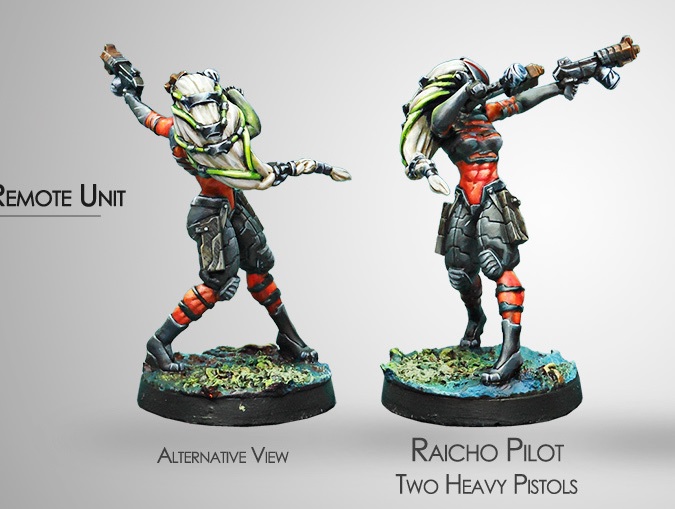 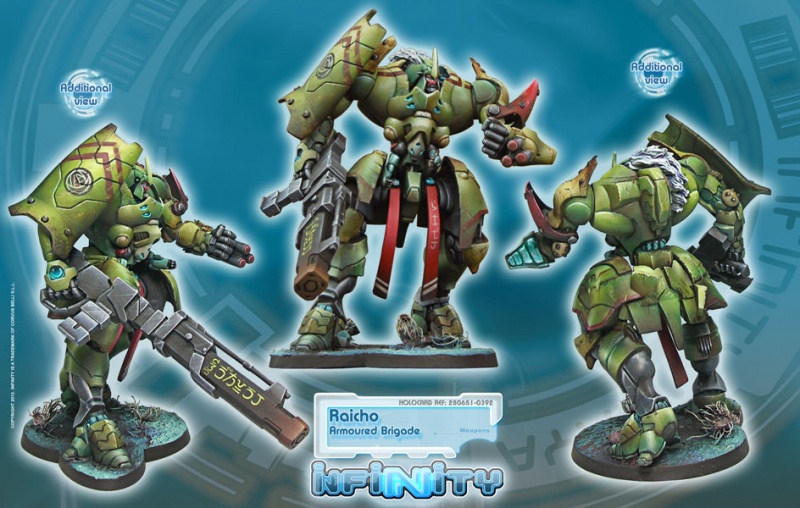