THE GUILD OF INDEPENDENT PROSPECTORS As the saying goes “no man is an island,” and this is true even in the stellar void, perhaps even more so. Despite proudly claiming to be “independent,” most of freelance space miners have joined together to form the so-called Guild of Independent Prospectors. This organization, which extends beyond borders and systems, is an absolutely necessity for individual miners who dare stand up to the corporate giants, as well as for handling the red tape and bureaucracy of government agencies. The Guild also offers support regarding insurance and legal and medical assistance, and has set up a fund for the widows and orphans of its member prospectors. Even though it’s always overloaded with work and short on funds and resources, it’s the only safety net these space adventurers have at their disposal.

Freelance prospectors lead very hard lives. Lured by the promise of fortune hidden in the asteroids, they all dream of finding a rock containing a large seam of some precious neomaterial that will grant them a life of luxury and wealth. The truth is that there are only long, dull days aboard old, run-down ships ahead of them, followed by intense physical labor drilling asteroids and placing probes to locate the seams, which, however rich they may be, don’t usually yield that dreamed-of wealth. But this is a vocational job, a job for dreamers, for those who will only lose their hope of making a great fortune the moment they lose their lives, but never before, no matter how difficult things get for them. Stubborn and hardheaded, prospectors are a particular type of meteorhead, true space people who value their independence above all else and would never share the fortune they hope to find with any nation or corporation. For this reason, even though many of them are Nomads in origin, this is not always the case, and nationality is not a characteristic that defines them, especially if it would require them to pay some kind of taxes. A freelance prospector does not need anyone, except perhaps another freelance prospector.

And for all those cases where they may need help, the Guild of Independent Prospectors is always there for them, because sometimes even lone wolves must run in packs, especially when there are other larger, stronger predators at large in the wild. So some of the Guild’s areas of expertise are problem-solving and conflict resolution, be it at the negotiating table or in a shadowy alley. And they have trained and expert personnel for both tasks: negotiators and problem-solvers, or as they call them, “Shovels.” But why “shovels?” Because there is no better tool or better friend for a freelance prospector than a folding shovel: they are strong and solid and of course good for digging. And that’s precisely what the Guild’s Shovels do: they bash up their problems and then bury them.

There are no schools or training centers to become a Shovel. The Guild’s Shovels are affiliated prospectors who have proven themselves to be resolute and relentless, and who are willing to come forward when called upon in exchange for a fee and a good incentive plan. There are all kinds of Shovels; some are more subtle and some are less so, but in general one could say that they are the knuckles of this space-miner association, the kind of people it’s better not to cross. As meteorheads say: “Never drink so much that you can’t see if the person next to you is wearing a patch with two crossed shovels. Otherwise you may end up messing with the wrong guy or girl and having to check the terms of your dental insurance.” These are the Guild Shovels, the hardest among these people who need to be tough just to survive. 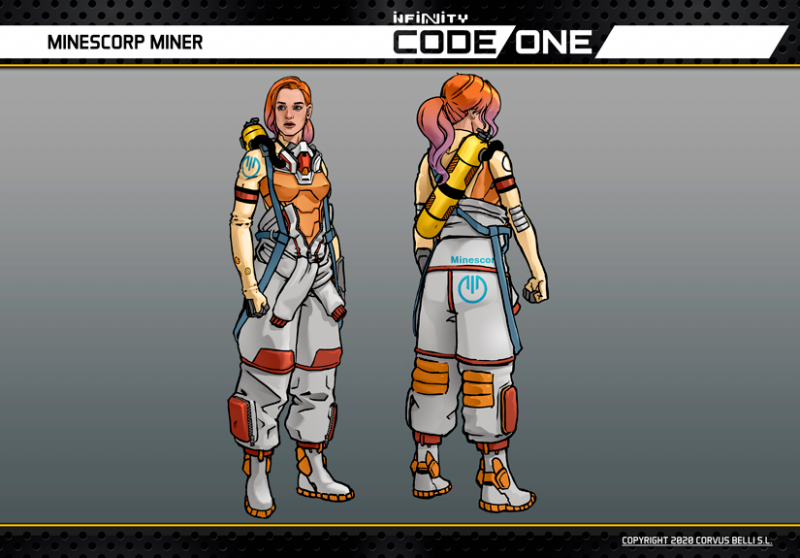 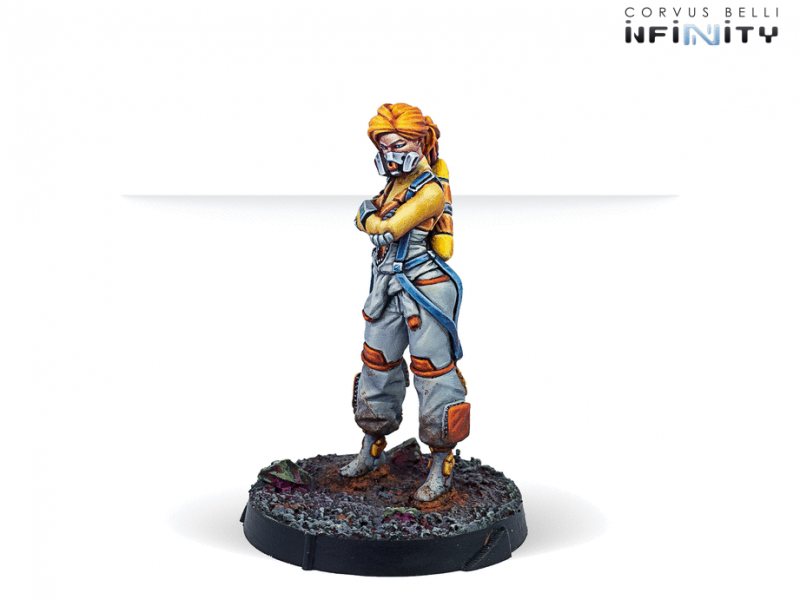