There are numerous stories, legends of the Ariadnan border, that speak of omerzeniye—“aberrations” in Russian—such as wild bearpodes: Antipode-bear hybrids, even larger and more brutal than the golden bears that some tribes use as beastly war machines. And if that atrocious planet has created the Dog-Warriors, why would it not create bearpodes, which are hybrids of human, Antipode, and bear?[1][2]

In the Human Sphere, the bear is usually a nice and adorable cultural reference, linked to animation and children’s themes. The opposite happens in Ariadna. There, the bear is an alpha predator, the most dangerous creature you can find on that planet. Yes, the most dangerous, more than the Antipodes or a Dog-Warrior, because a golden bear from Dawn is much bigger and more unpredictable than any of its terrestrial counterparts.

But if golden bears are scary, the bearpodes are even more so. There are numerous stories, legends of the Ariadnan border, that speak of omerzeniye—“aberrations” in Russian—such as wild bearpodes: Antipode-bear hybrids, even larger and more brutal than the golden bears that some tribes use as beastly war machines. And if that atrocious planet has created the Dog-Warriors, why would it not create bearpodes, which are hybrids of human, Antipode, and bear?

From a statistical point of view, it would only be a matter of time until, during an incursion, the Antipode cuckoo-virus jumped from a wild bearpode into a human fetus, infecting it and giving rise to the ultimate animal warrior. And by the time this happened, the Stavka would be there, ready to take over and train it, and transform it into their new tactical advantage. But as the Kaztec (Казтех) corporation in charge of supervising this project would discover, it’s not as easy as it seems.

Although smart, bearpodes are as unstable as their dogface cousins, except that they do not transform; they are always huge and brutal. It’s essential to keep them under control to avoid all kinds of material and personal damage, something that could only be possible thanks to the ally that Ariadna has in the Nomad Nation.

Praxis researchers developed treatments that allow a bearpode to live a quiet life. (Although in combat it’s always better to have a controller nearby to support and guide them, to prevent them from getting out of control when the situation heats up.) The controllers are usually women, since statistically they are more effective at this task. They’re nicknamed «Masha» after the traditional Russian children’s story «Masha and the Bear.»

These teams, trained in isolated facilities on the northern border of Tartary, have been code-named Polaris after the Ursa Minor constellation star and have been assigned to Kosmoflot, the army corps charged with defending the Ariadnan space race. The better stability of bearpodes make them more appropriate than Dog-Warriors for space operations. Their higher strength and endurance provide them a tactical advantage over their canine kin in close combat environments, as extra planetary operations usually are.

Although the Polaris Teams had already demonstrated their effectiveness in operations on the northern border of Tartary, their assignment to Kosmoflot, an apparently calmer destination than the Ariadnan border, has put them in the eye of the hurricane where they’re constantly tested. Responding to O-12’s request for help defending Concilium from an alien invasion of Helheim coming from the Cerberus wormhole, the Stavka decided to send its newest and most recent army corps. This decision gained the Stavka international prestige, in addition to gaining experience, learning, and training for when it was necessary for them to again defend their interests in the Dawn system.

As the star unit of Kosmoflot, the Polaris became instantly recognizable, especially after taking part in several battles, both on the planetary surface and among the debris of the orbital ring over Helheim. There they would prove to be authentic mountains of adrenaline-fueled muscle, absolutely overwhelming and capable of splitting a TAG in half with a single blow. In a matter of weeks, they built a reputation throughout the Concilium Coordinated Command that «if you piss off the bear-man, you will die screaming.»

Of course, outstanding ferocity and combat ability were something that greatly pleased the weary Commanders of the Bureau Aegis, always in need of reinforcements throughout the front. However, this excellent performance failed to silence doubts regarding the true origin of these hybrids, with accusations by the Bureau Athena of illegal and immoral genetic engineering. These are accusations made in the Öberhaus that, for the moment, are silenced by the roar of the Polaris when they launch into combat and destroy the aliens that threaten the very existence of Concilium.

And as Stavka knows well, when survival is at stake any moral limitation is thrown into the garbage can. For now, the most important thing is that the Polaris is on the side of the angels and, as long as they are needed, nobody will care where they came from or if they were forged in hell by the devil himself.[3] 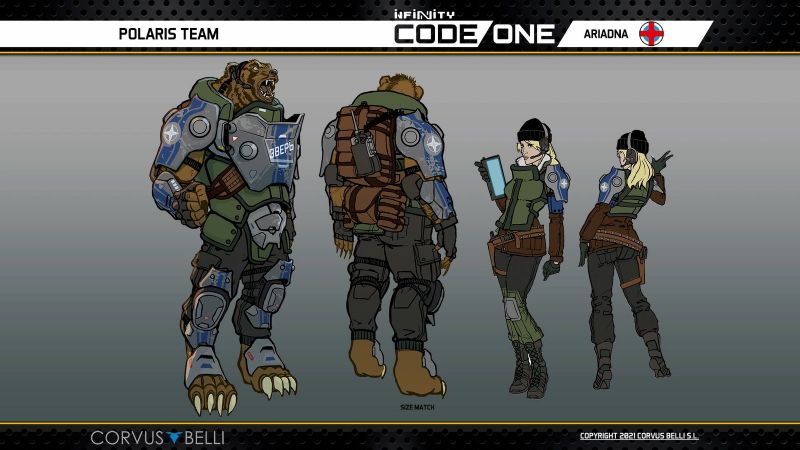 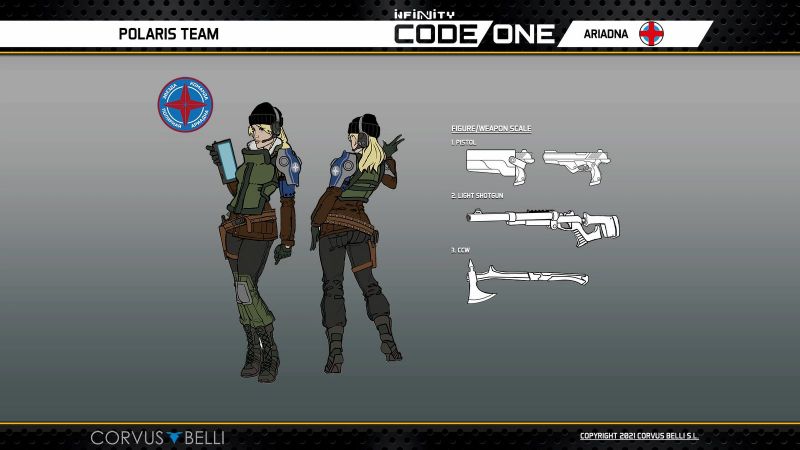 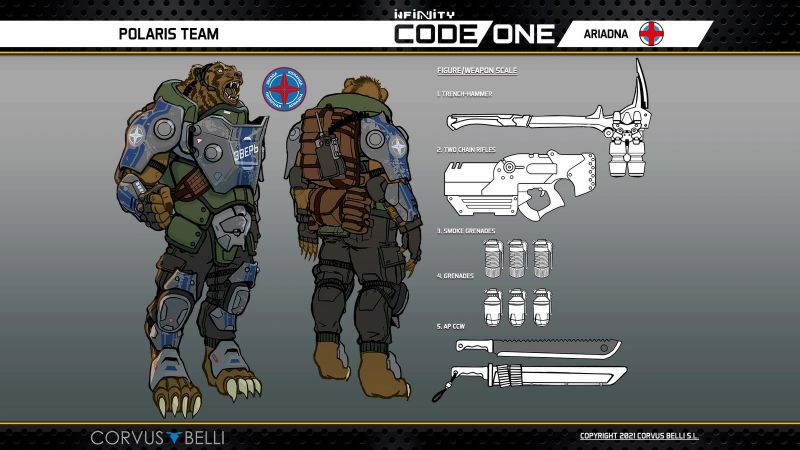 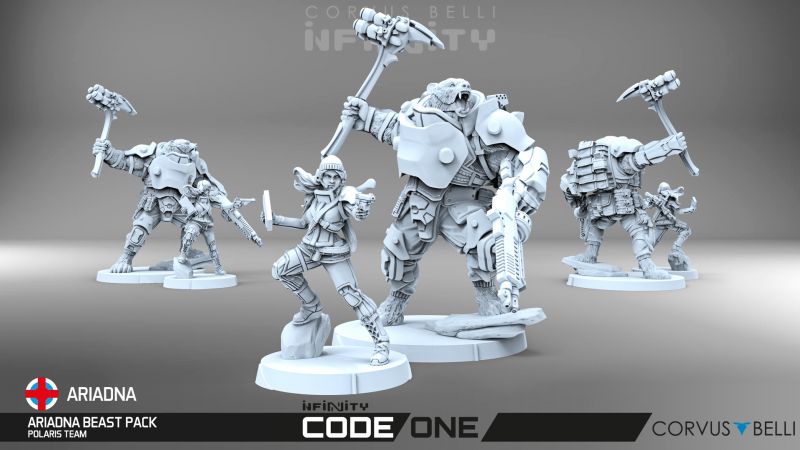 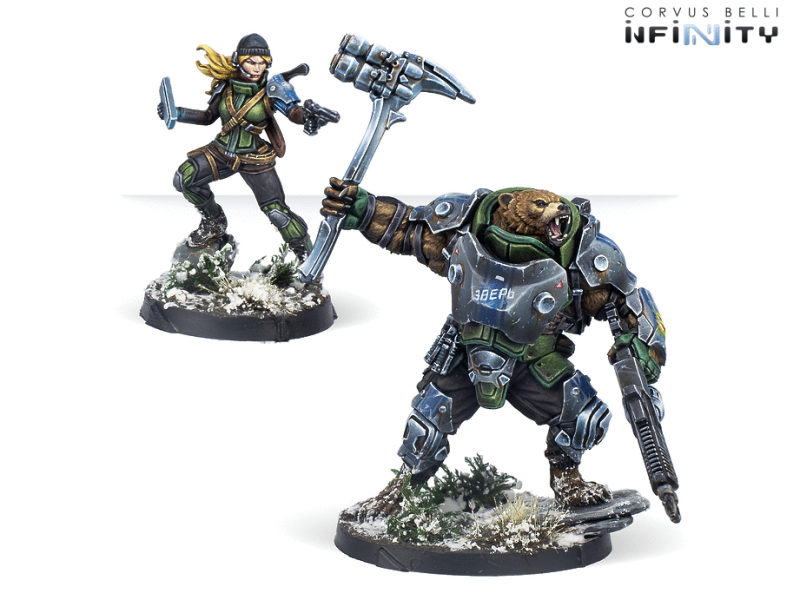 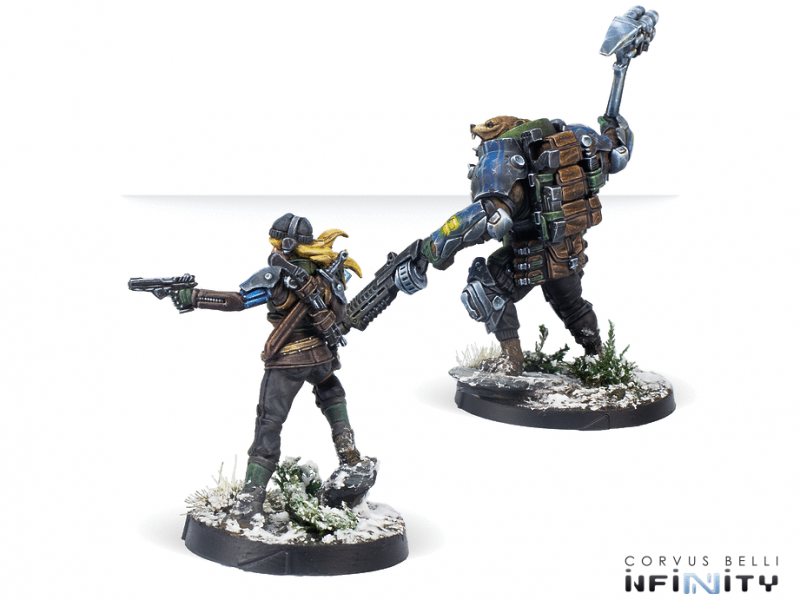