Svalarheima is a frozen hell where bone-chilling temperatures and ferocious weather will try to kill you day and night. Poor weather conditions often prevent transport by conventional means, so the icebreaker ships that the locals call rustbuckets are the only thing that can guarantee that a traveler or a commodity arrives at the destination—the ships and a good helmsperson, of course.

And there is no better helmsperson on the planet than Oktavia Grímsdóttir[1], or at least that’s what she says, although her record of victories in the rust regattas, those crazy rustbucket races, might well vouch for her. That and her reputation among the fixers of Submondo, the Hexahedron[2], and Yănjīng[3]. Because any agency that wants to make sure a valuable shipment or person arrives at their destination needs a helmsperson who is both skilled and discreet.

And if there is one thing Oktavia is even better at than helmsmaning, it’s being discreet. Oktavia is so discreet that little is known of her origins. Her adoptive father Grímur Bergsson, the retired captain of Oktavia's icebreaker, the Skoffín[4], says he found her wandering in the middle of a storm on the coast of the Bordering Region, with nothing but the clothes she was wearing, telling a story about her convertiplane having crashed, and giving a look that said “don’t ask questions.” Grímur didn’t want to inquire further, although it was obvious that the young woman had a past. Later on, a crashed convertiplane was found in that area, with the bodies of two Svalarheima politicians inside.

These congressmen were well known for their fierce campaigning for tighter controls over freight traffic on the planet's surface. They were also famed for their taste in deluxe escorts and for playing rough with them. When he heard about all this, Grímur read between the lines but did not ask any questions. On the way to the Skoffin's destination harbor, Oktavia was able to win over the old captain and his small crew, as well as demonstrate her great skills as a harpooner and even better helmswoman. Feeling sympathy for a young woman who seemed to only have problems and no family or friends, Grímur enrolled her as a crew member.

However, Oktavia was not without one thing: good ideas. She convinced Grímur to race in the rust regattas because with her skill as a helmswoman, they would do well, thus improving their prestige and gaining access to juicier contracts. Eventually, thanks to the money they earned, Grímur retired and left the bridge for good—even if he remains in the harbor canteen, a rustbucket captain never loses his rank or the ownership of his ship—and left Oktavia at the helm of the Skoffín.

From then on, the young woman began to diversify the business, improving the icebreaker and venturing into activities that were of an increasingly discreet nature and, if Oktavia would have asked about it, probably clandestine and illegal. The helmswoman proved to have numerous contacts within the network of local organizations associated with Submondo, which would inevitably bring her into contact with undercover agents from both the Hexahedron and Yănjīng, the kind of wealthy people who would appreciate the young woman's discreet nature, as well as her knack for navigating the eternal ice of the Svalarheiman seas. This is a true art form, since not only do you have to be an expert with the helm and know how to ride the storm, you must also be able to identify the course where the ice is thinner, as well as ambushes and, no less importantly, fight them off when they occur.

The frozen surface of Svalarheima is plagued with ice pirates and snow bandits, ruthless individuals who have no qualms about shedding blood in order to take their plunder. But these fearsome adversaries do not frighten Oktavia, who, as a harpooner, is capable of wielding a firearm with the same precision she steers the helm. This is another one of her skills that Oktavia does not talk about, as well as her vast number of contacts in Submondo, or why she does so many jobs for people related to the infamous smuggler Aïda Swanson—who is suspected to be associated with the Shasvastii Continuum—or what was the true reason for the death of those politicians who wanted to hinder the illegal smuggling of goods and people, a measure that would harm both Submondo and Aïda Swanson. 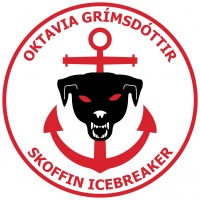 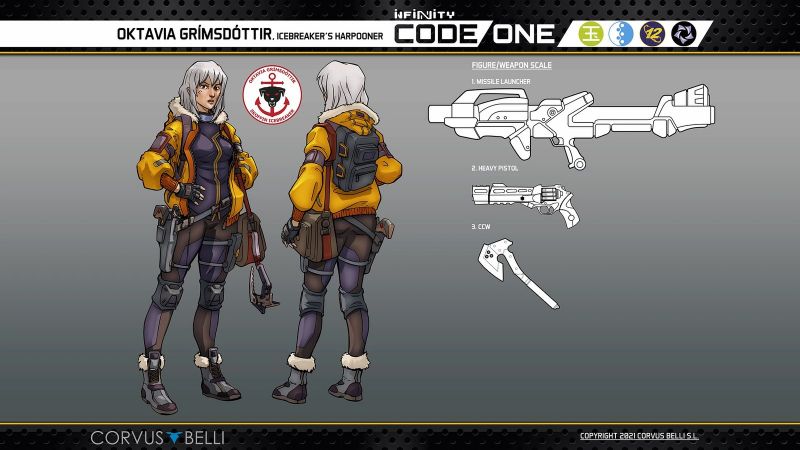 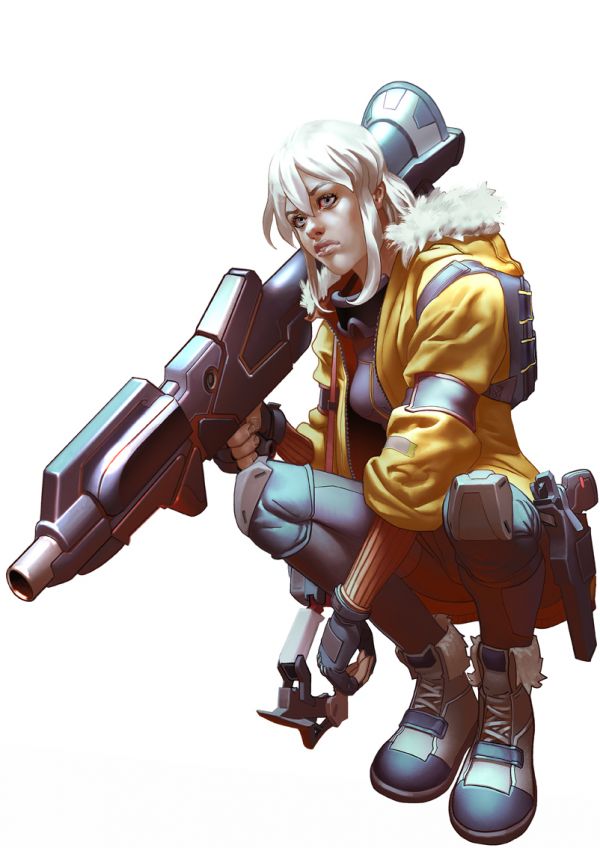 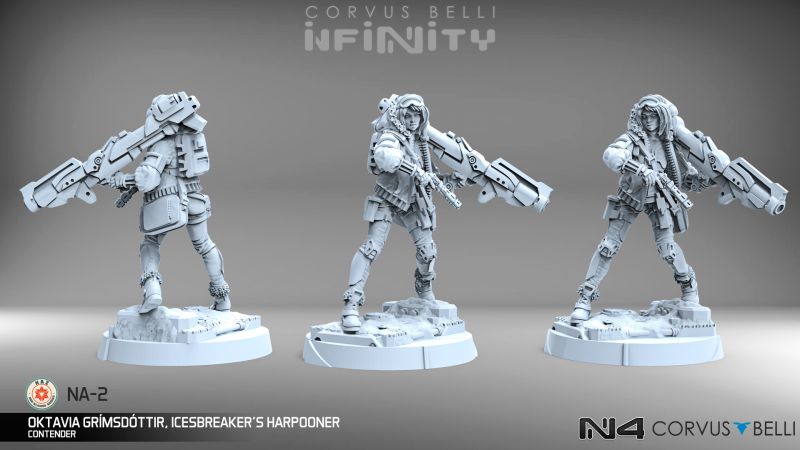 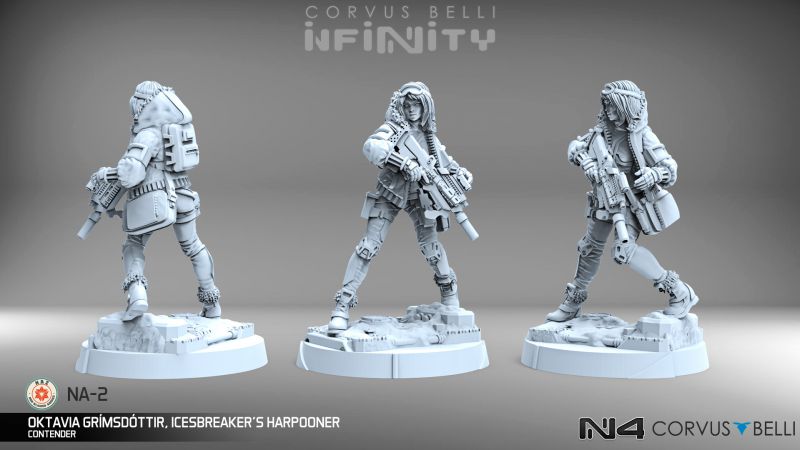 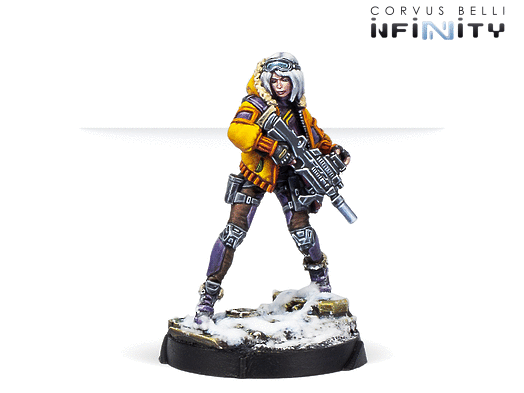 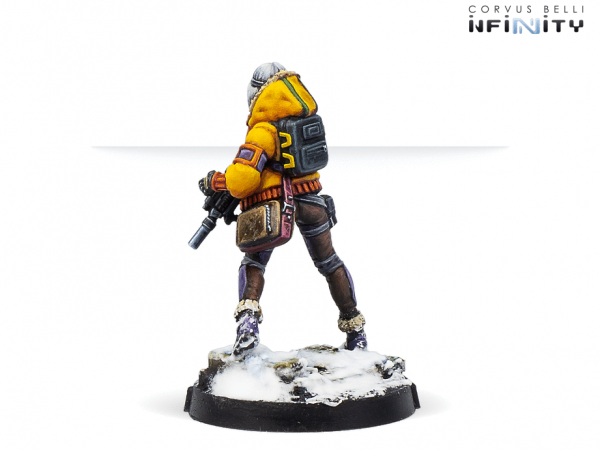 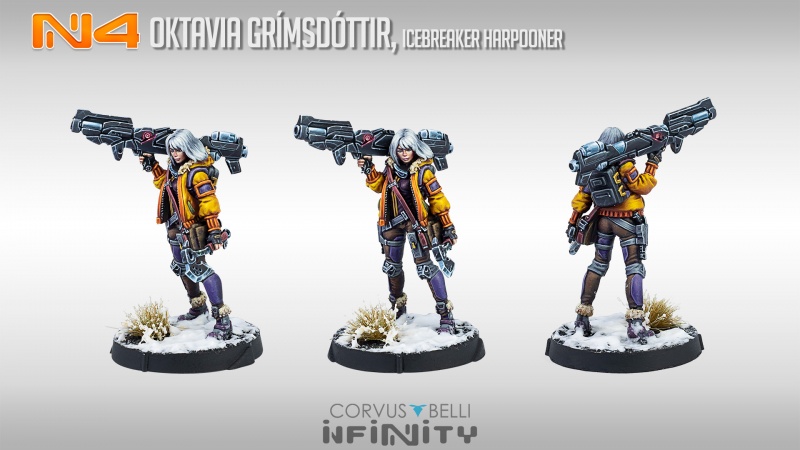 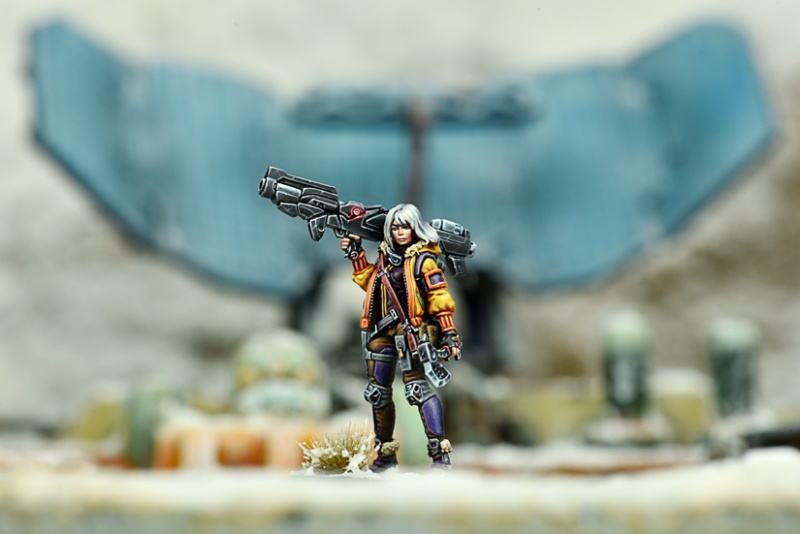