Vaarso Battlespeak notation: According to classical Neebab numerology, the number 40 700, called Nikoul, stands for the Digger, a symbolic figure connected to the underworld, the land of the dead. Often hidden, the Digger represents forbidden knowledge, capable of killing whoever should uncover it.

Profile: When hope dwindled in the face of the IE onslaught, the Tohaa Colonial Command of the Romaanti system resolved to create a new unit that would use guerrilla tactics to harass the Combined Army forces, buying time for the civilian enclaves to be evacuated. In order to raise the morale of the troop and create a symbol of hope for non-combatants, this new team was named after the legendary Nikoul, a legendary guerrilla group, which seemed fitting given their predilection for ambush tactics.

The new Nikoul, like their ancient namesakes, acted alone or in small groups, stalking their prey and dealing with them with silent precision fire from concealed positions. More remarkably they, as their predecessors before them, surveyed the area of operations before combat, located the key strategic points, and dug foxholes that would be their fire positions during combat… or their graves. Despite their deadly efficiency, not even these executioners could halt the numberless forces of the EI, and many Nikoul fell to the overwhelming firepower of the Combined Army. The unit shed its blood and obtained many victories, but the Combined Army is an unstoppable flood and in the end the Romaanti system fell in its clutches. The Nikoul survivors were evacuated last. The unit had fulfilled its duty: they inflicted very heavy casualties, slowing the enemy advance and ensuring a successful civilian extraction. But the war was not over, certainly not for them because the Tohaa Trinomial is in danger, so it must be protected. That is their mission and that is their only concern. 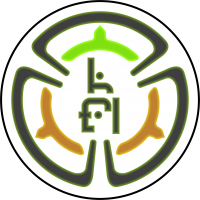 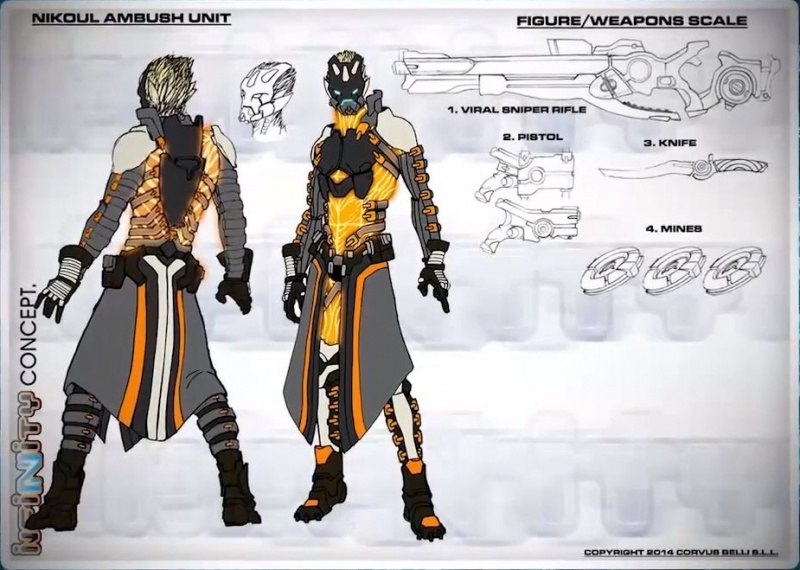 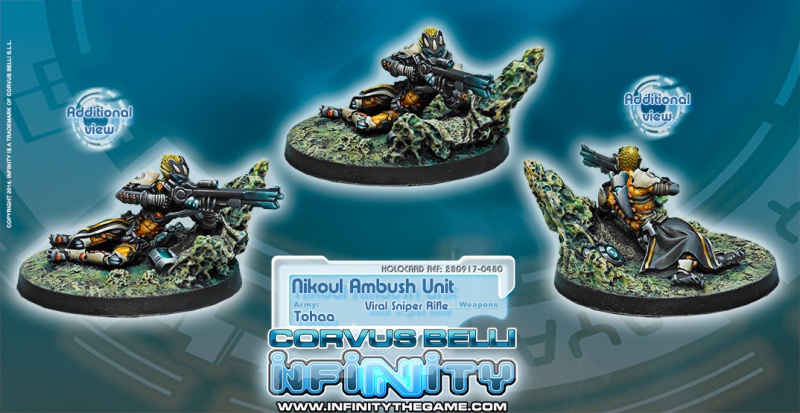