Neema Saatar’s life was always determined by war against the great adversary: the EI and its conquering instrument, the Combined Army. At the age of four, Neema was the last person to be evacuated from Agreda, her home planet. Her father threw her into the arms of the gunner manning the last shuttle leaving the planet’s surface. Navigation cameras recorded that instant – the gunner firing while shouting that the transport was already overloaded, the face of Neema’s father’s contorting as he threw his daughter inside the crowded cargo hold, the chaos of the takeoff while the access ramp closed, and the Morat bullets hammering into her father’s body once the shuttle’s gunner ceased firing. Those images flew across the entire Tohaa data net as an example of the destiny that awaited their civilization should they succumb to the advances of the EI. The government took care of little Neema, giving her an education and making her a symbol of all the war orphans. Raised, educated and indoctrinated to become a living symbol of Tohaa resistance, Neema decided to dedicate her entire life to combating her family’s assassins. She attended the prestigious Vaalaro Officer’s Academy and Berteela Advanced Combat School, and wherever she went, everyone recognized her face, ever present in governmental propaganda. Step by step, almost without noticing, recognition became leadership. When Neema talked, everyone stood silently and admired this woman whose eyes shone with a cold and contained fire.

However, her great transformation came with her military baptism of fire. The high scores of her instruction became awesome feasts of war, her stoic character at training camp became unrelenting courage, and the charisma deployed at school debates transformed into the capability for irresistable leadership. In battle Neema always runs ahead, leading the combat formation, spurred on by an urge for vengeance that consumes her entirely, focusing her on her objective. And with her attitude she sweeps along all those combatants under her command who, united with her by the unbreakable bond of brotherhood of arms, follow her ever forwards. Under her command, the sound of her troops charging is that of the entire Tohaa race rushing to take its freedom back. In her wake, Tohaa soldiers run swiftly and vigorously, their war cries rebounding across the battlefield until they reach the skies. 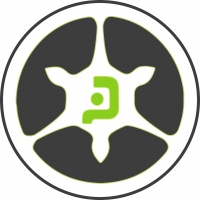 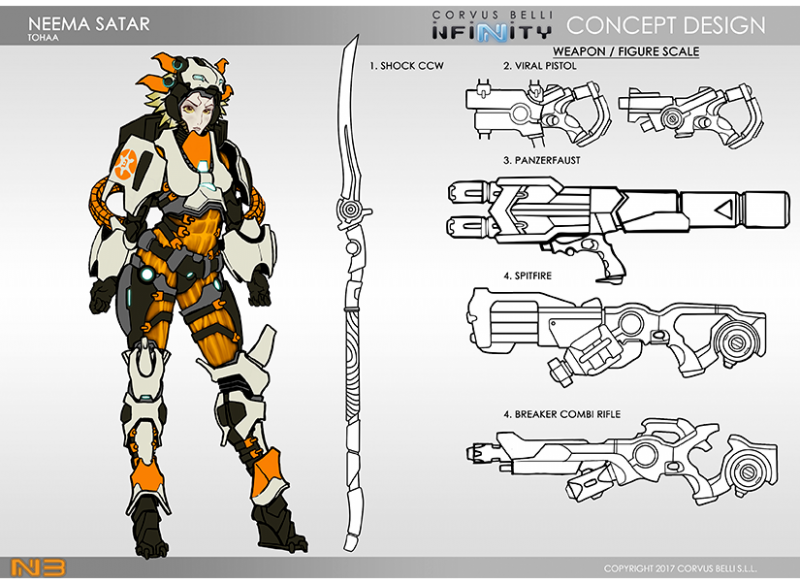 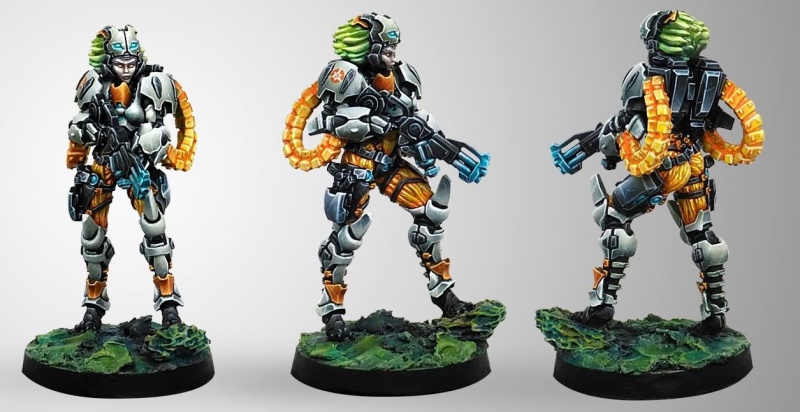 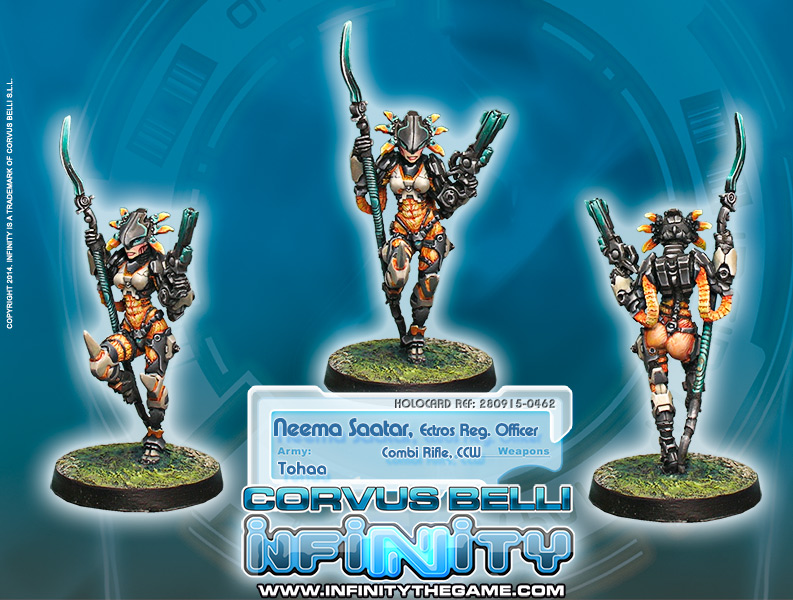