The Muyibs (Those who respond) are the demolition and explosives experts of the Hassassin sect. The Muyibs are trained in temporary encampments in the inhospitable lands of Alamut, where few survive. Capable in both large and small scale actions, as well as sabotage missions, they are experienced combatants who have demonstrated full dedication to the objectives of the Hassassin sect.

Each one is an explosives expert and trained in numerous and varied combat techniques. Anything the Hassassin sect cannot achieve through the deceptions of the Fiday, the quickness of the Ragiks or the precision of the Lasiqs, the Muyibs achieve with raw combat. Hardened and dogged, they face the enemies of Haqqislam and defeat them using techniques learned on and off the battlefield. The Hassassin Muyibs know more than a hundred ways to win their battles, some honorable and some not, and have no hesitation applying them, even if it means simply blowing everything up. 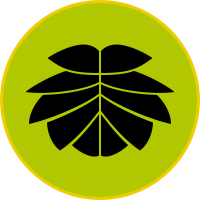 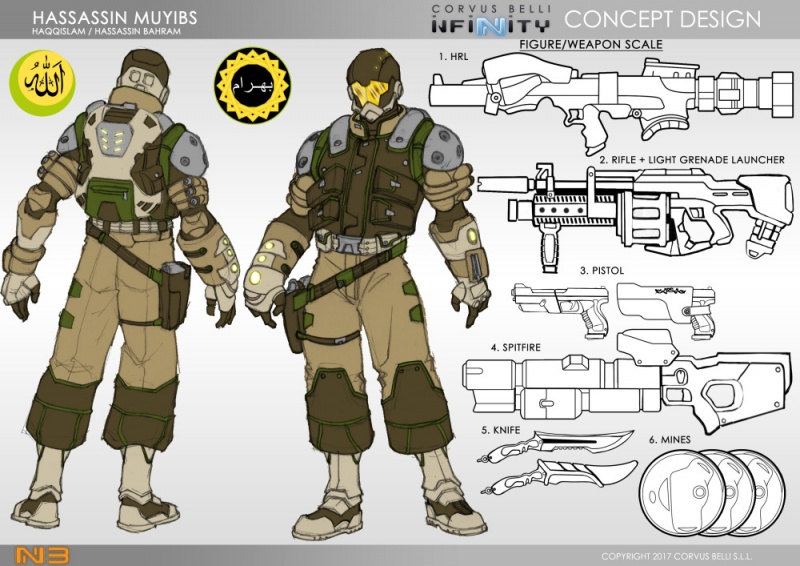 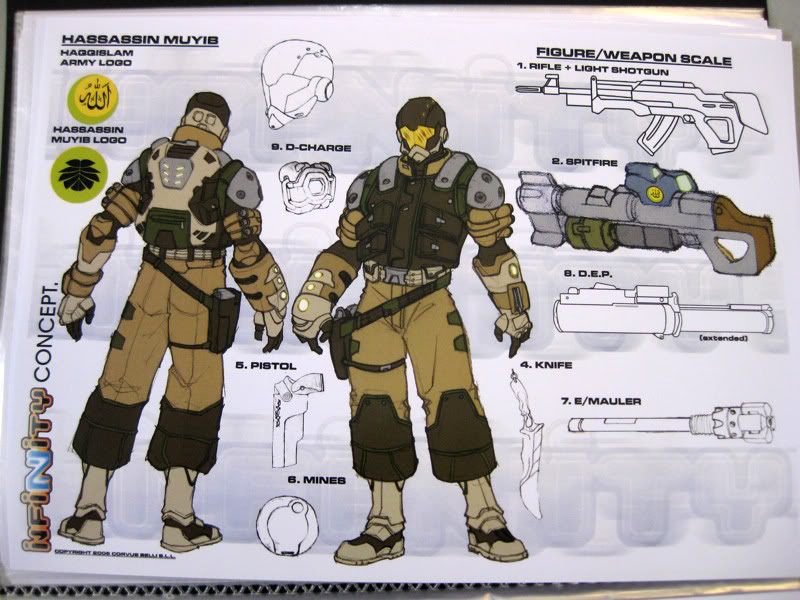 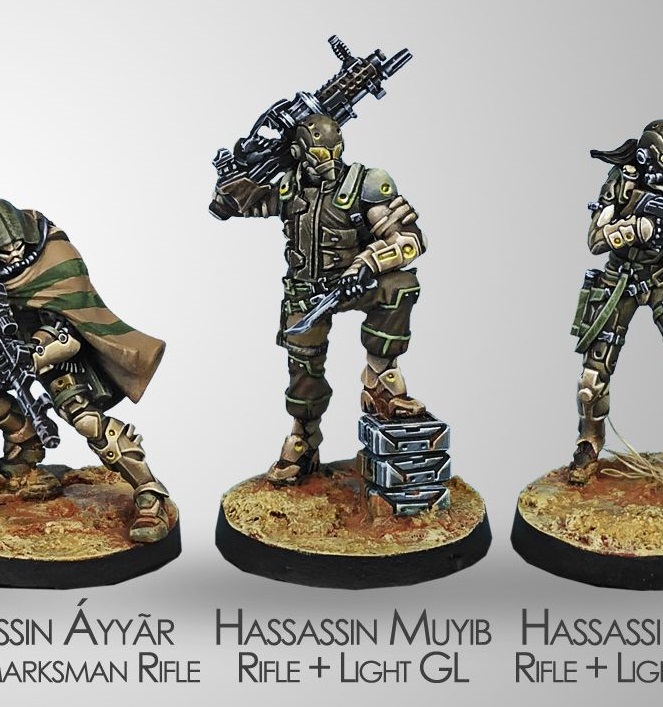 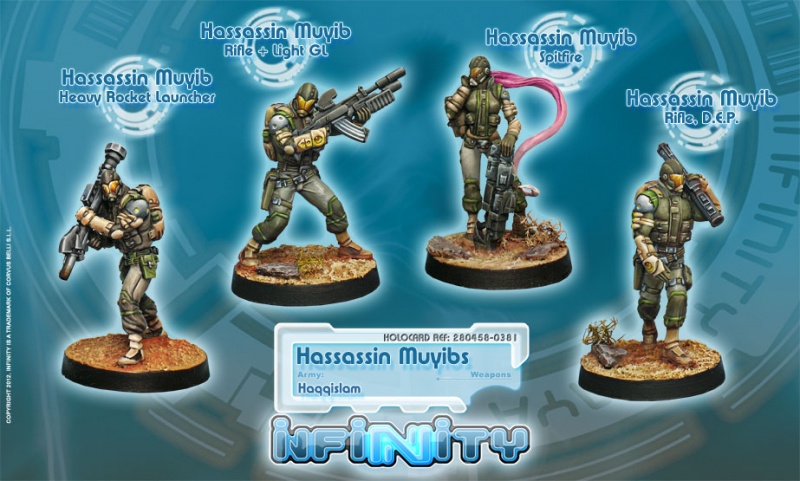