Morlock Groups are composed of the dispossessed of Bakunin’s multi-society. If an individual does not fit in any of the habitats or common zones of Bakunin and has a violent or problematic record, he is assigned to a Morlock Group.

From that moment onwards, that individual will add something positive to the ship. They will dose him with MetaChemistry serums to keep his violent impulses controlled until the battle comes. In that moment, the MetaChemistry will not only liberate the aggressive impulses but they will be enhanced. Any person who observes a Morlock will only see ferocity in his face, hardness in his eyes and danger in his muscles. Dealing with Morlocks is like playing with fire. They are programmed to cause trouble. Only the names of their units say enough about them. The main Morlock Groups are the Morlock Aufstand (Rebellion) Gruppe, the Morlock Chaos Gruppe, and the Morlock Schaden (Damage) Gruppe. The Morlocks´ combat method is a direct consequence of their MetaChemical treatment: direct ultraviolence. They throw themselves at the enemy and smash them until none move again.

Morlock Groups scrape the bottom of the barrel that is the manifold society of Bakunin. Individuals who are deemed unfit for cohabitation in Bakunin’s public areas or private habitats, particularly those who are known to have violent or antisocial backgrounds, are assigned a Morlock Group. The reasoning is that even the worst psychopaths can contribute something positive to the ship. Morlocks consume MetaChemistry compounds that suppress their violent impulses until they can be realized productively, namely in battle. Then, the MetaChemistry that governs their behavior releases and augments their aggressive instincts. 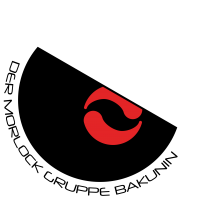 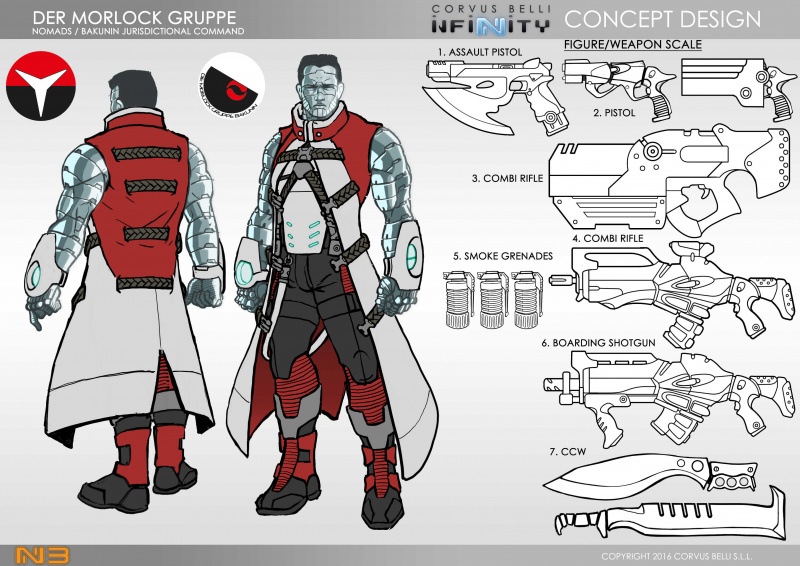 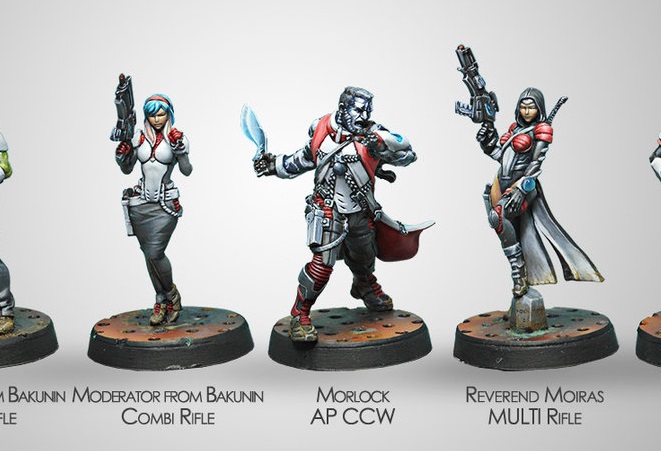 See the Luxumbra page for the 75mm Morlock girl statue. 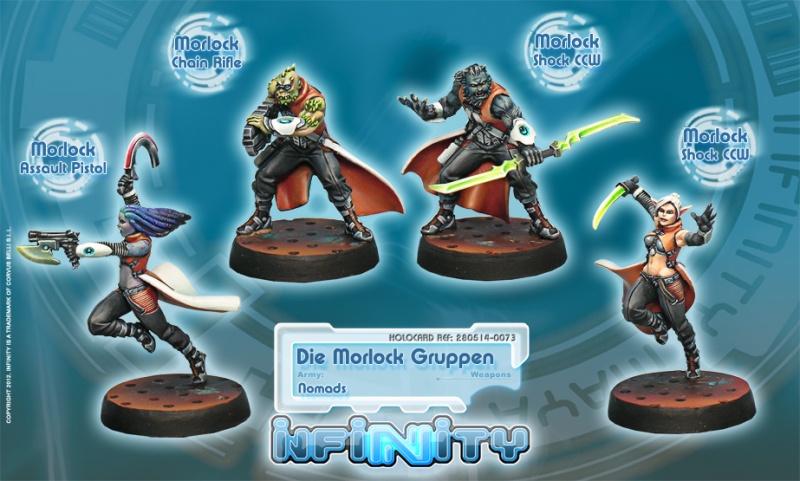