Having been described as Main Battle Creatures (MBC), Megalodrons are, because of their large size, more common in tactical-superiority scenarios than asymmetric warfare.

Notwithstanding, their thick armor, their unique resistance to damage, and their superior destructive power make them perfect for wiping out enemy resistance in the area of operations as well as their enemies’ morale. This is why Combined Army officers like to have at least one Megalodron in each battle group deployed in a theater of operations.

From Corvus Belli and the Defiance pledge manager 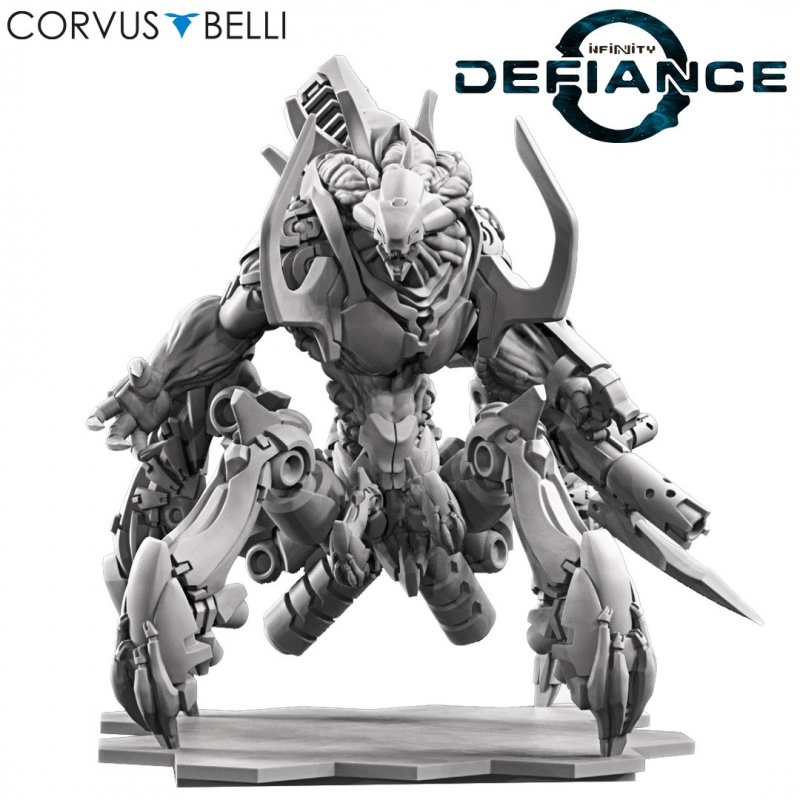