“We keep the Sphere’s backyard nice and clean. For a price.” Unofficial motto of the Bounty Hunter Syndicate.

“Listen, buddy. This can go down easy and boring: you drop your guns and give yourself up, I collect your bounty. Or it can go down nasty and fun: you resist, I shoot you full of little holes and cash in all the same. Either way, I win.” Max Skorpio during the apprehension of renegade corsair Sebastian Müller at the Nox-5 Autonomous Orbital Redoubt, Human Edge.

The manhunters of the Human Sphere form a society of their own within the broader underworld of soldiers of fortune. They are not merely gunmen with a holobadge and an authorization code. It takes more than marksmanship to do their job. It also takes tracking skills to locate the prey so it can be caught or shot for the reward. But Bounty Hunters can hardly be said to possess a talent for investigation; most of them just combine their street smarts with a heavy dose of brutality and violence. The key to this business is knowing which doors to kick down and which peeps to beat up to get the leads they need. Violence, extortion, bribery… Anything goes when impunity is the norm —“No problem, I got a badge. I’m syn-dee-cated”. The Bounty Hunter Syndicate is the official organization that will take care of them and will get them the top security clearance available under whichever legal framework they are forced to operate. And near the borders of the Sphere, where business is best, there is no legal framework to speak of. 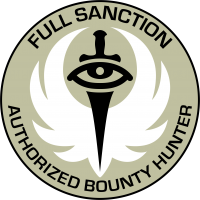 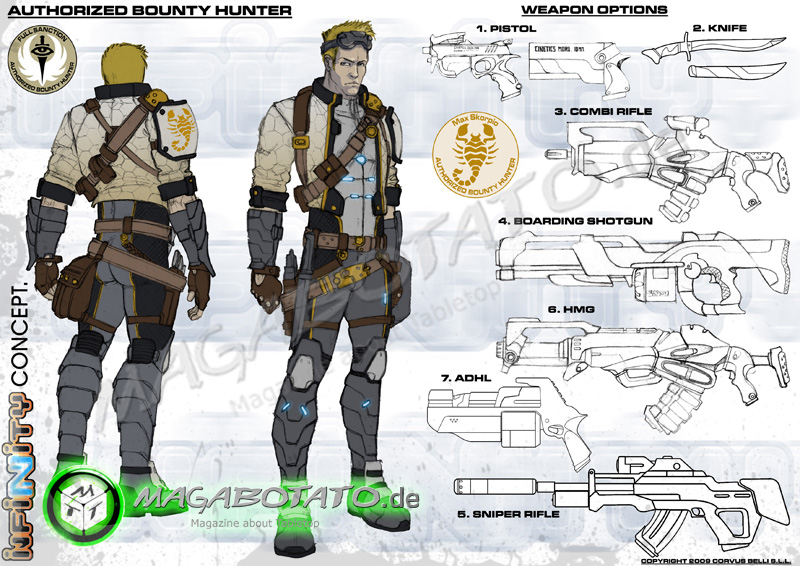 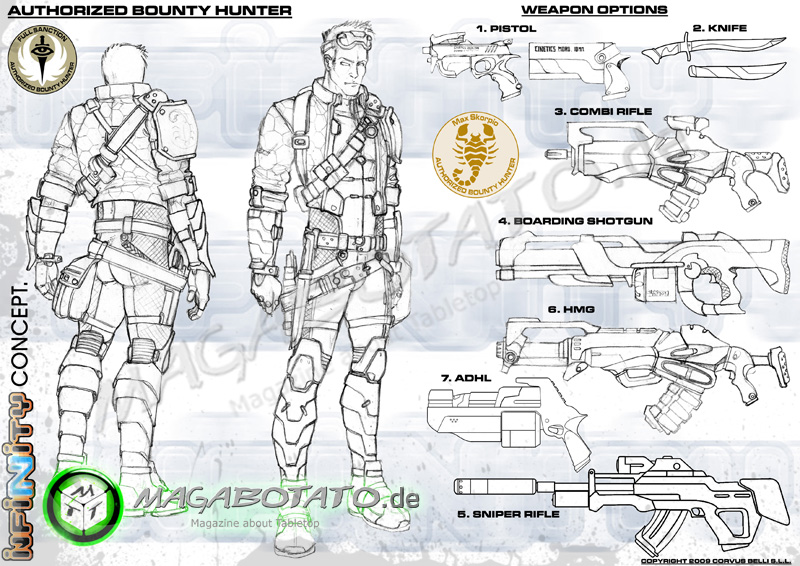 See Authorized_Bounty_Hunter for the general release minature (REF: 280712-0461) using the same torso as Max, with an alternate head and arms. This miniature was marketed as a "Authorized Bounty Hunter", not as a general release "Max Skorpio". 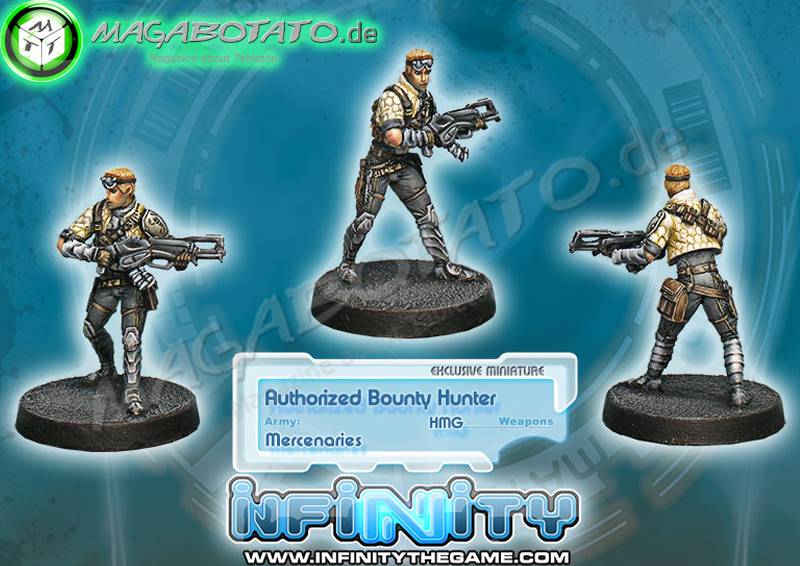