Maruts are ferocious storm beings in Hindu mythology, churning the water of the sea into foam. In the Special Situations Section, the Maruts are the definitive combat incarnation of ALEPH. They are basically Remote Presence TAGs produced by PanOceania but optimized with state-of-the-art weapon designs and cutting-edge technology prototype systems. Covered in weapons, their appearance is both imposing and threatening. Maruts are high-value units that are only activated and deployed when ALEPH decides it’s time to get serious and make a show of force.

They serve to send adversaries a message and to operate without intermediaries, subjecting the few remaining survivors of its attacks to their will. Specialized in the search and destroy operations, the actions carried out by Maruts are devastating and spectacular, yet there are no recordings of any of them. Almost everything about the Maruts is classified as top secret. In fact, many analysts even doubt their very existence. There are no official reports regarding these armored units, and any information related to the Maruts is automatically deleted by ALEPH in both the Maya network and government data spheres.[1]

“Who of you all, shakers of skies and earth, is the greatest / In front of your march, in front of your powerful impetuosity the man has humbled, the powerful mountain has yielded / The earth (...) trembles with fright in front of your arrival” Vedic hymn 37 (1.37) honouring the Maruts.

In Hindu mythology, Maruts were fierce entities of the storm that caused the waters of the ocean to foam. In the Special Situations Section, Maruts are ALEPH’s ultimate combat incarnation.[2]

They are Remote presence TAGs, made in PanOceania but optimized with weapon designs using cutting edge human technology prototypes or captured alien technical components. Covered with weapons, huge, and amazingly strong, they have an imposing and menacing appearance. Maruts are loaded with combat Aspects when ALEPH considers it necessary to provide a serious show of force. They are often used as emissaries to deliver the strongest of messages, imposing their conditions on the few survivors of their attacks. The operations they carry out are spectacular and devastating, but no recordings of them exist. For the most part, all material related to Maruts is classified as Top Secret. In fact, many analysts question their existence. There is no evidence of official reports related to them, as any information relating to Maruts is automatically erased by ALEPH from Maya and also from all government nets… 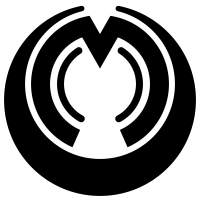 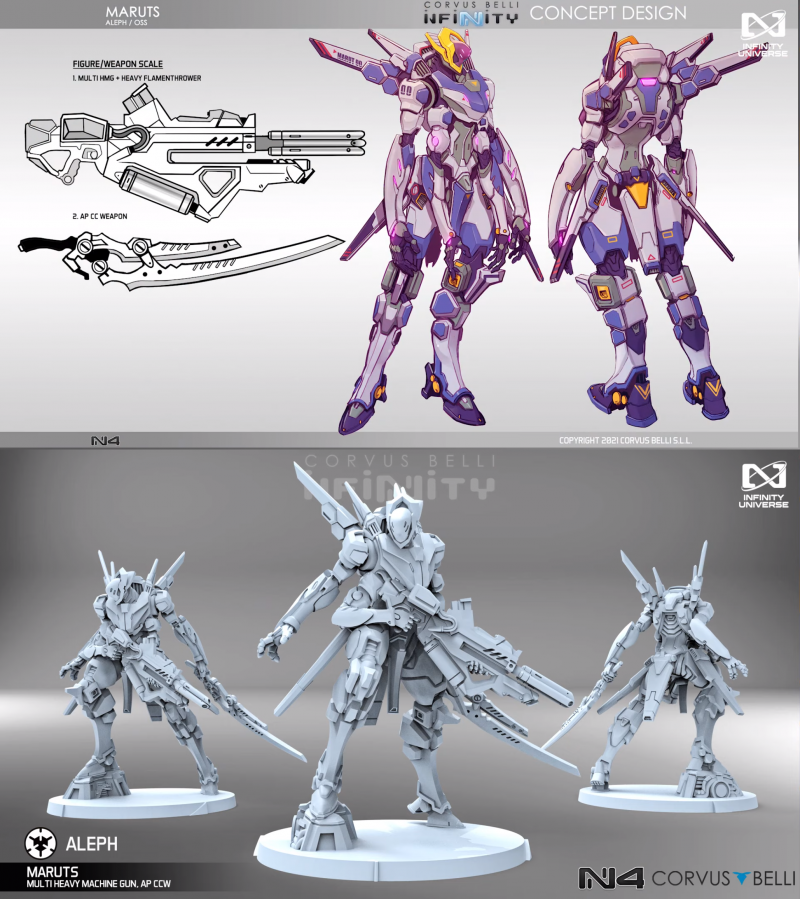 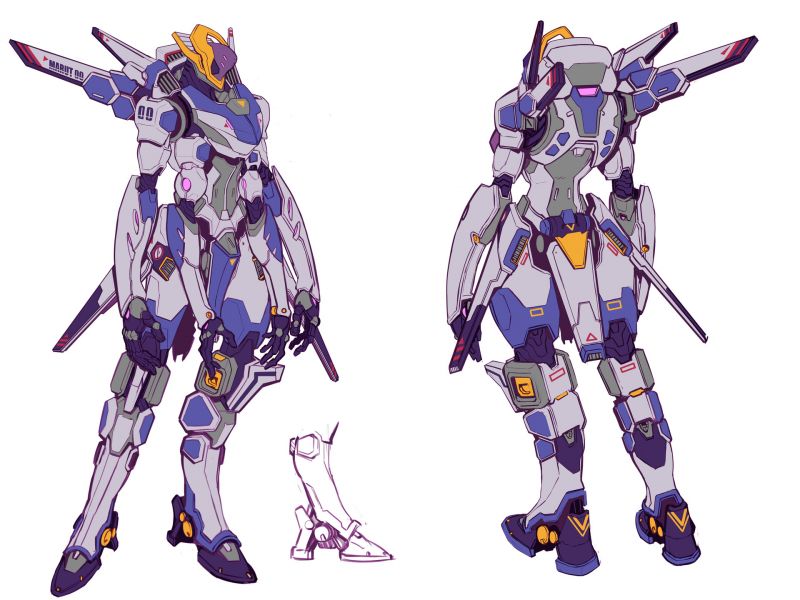 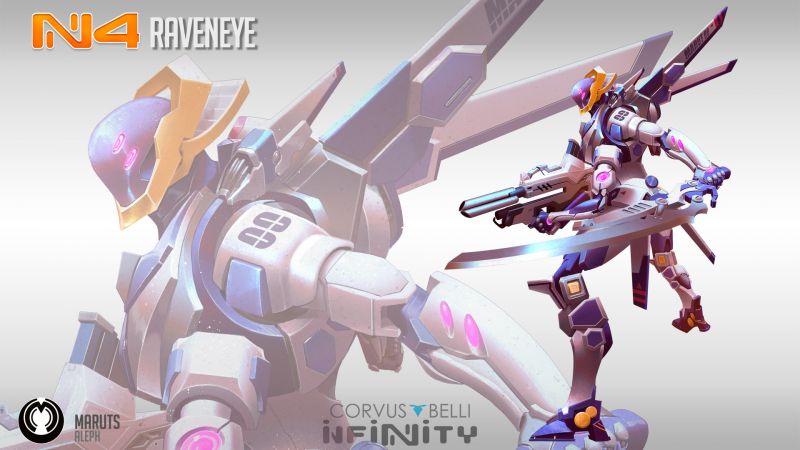 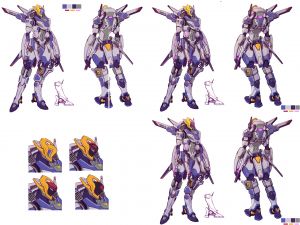 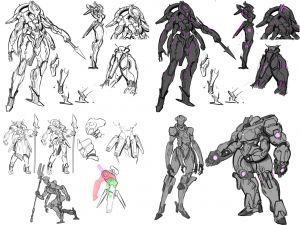 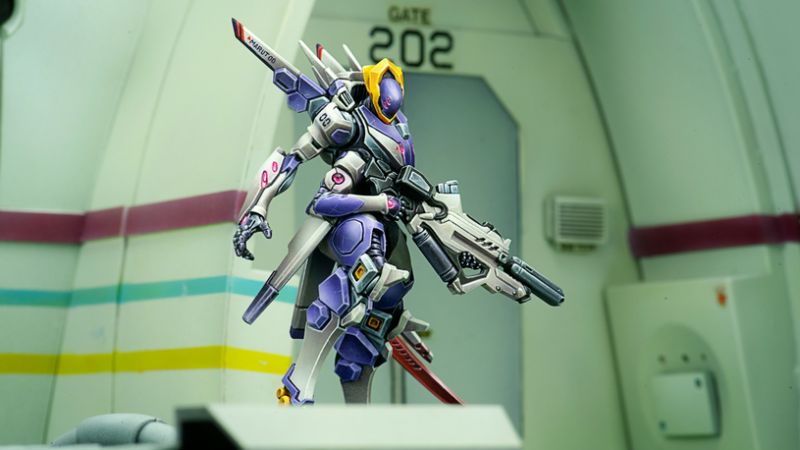 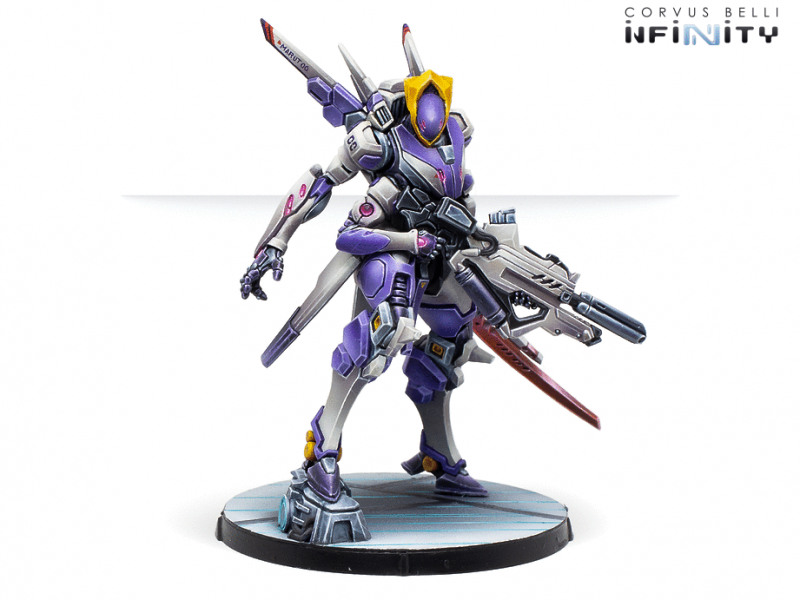 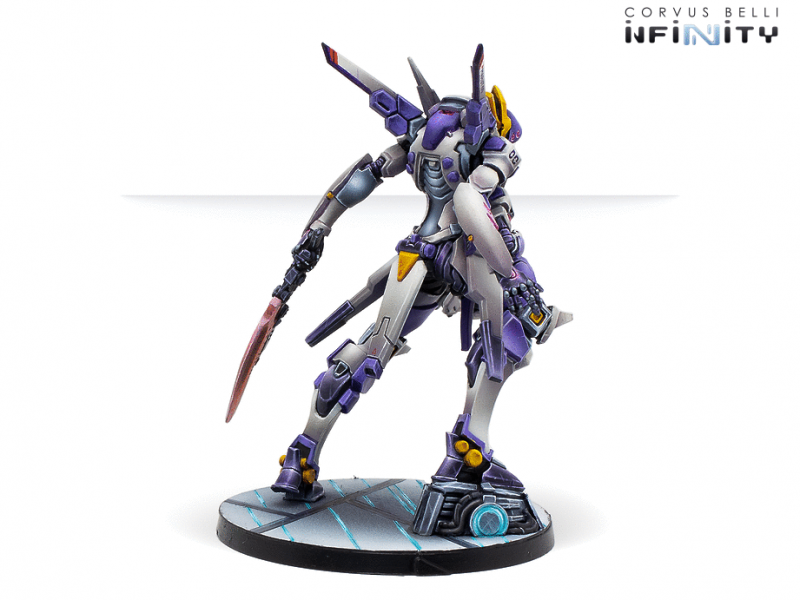 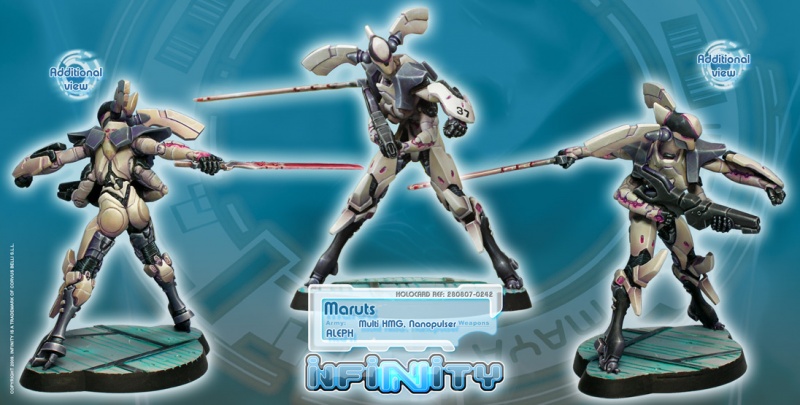