“Deus est nostrum contego quod tutela” (God is our shield and protection) Legend present in the insignia of the Magister Knights.

The Magister Knights are those who have completely dedicated themselves to the cause of a militant and combative Church. An example to all, especially members of the religious Order to which they belong. The retinues of Magisters have an ethic based on courage, loyalty to the Pope and to their comrades-in-arms, without forgetting their service to the Church’s ecclesiastical canons and defence of the pauperes – the weakest ones – even if it should require their own lives. They incarnate the perfect concept of the Miles Sancti Petri, the soldiers of Saint Peter the Pope. The Magisters are called “Poor Knights” because they have followed to the letter the austerity program promoted by ecclesiastical propaganda. They set aside their thirst for glory, wealth and adventure, instead consecrating themselves through the vow of just combat and the characteristics vows of the monastic tradition of chastity, obedience, and personal poverty. A Magister Knight wears his head shaven and the connectors of his implants and the Cube clearly visible as a sign of penitence and austerity. He will only take part in missions and combat operations that have a direct military application. He will never be seen in parades, ceremonies nor protection or rearguard tasks, as he is a warrior of God with a mission. To the enemy he is as fearsome as a lion, especially towards aliens and pagans, but sweet as a lamb to Christians. The Magister is a monk and, nevertheless, he kills - this is his curse, though the killing of the pagan and the alien is necessary to defend Christians and prevent injustice. More than the enemy, the Magister has to kill Evil in all its shapes and, have no doubt, the pagan and the alien are Evil incarnate. Therefore their death is primarily just execution of that Evil, rather than an act of homicide. So, in their constant pursuit of Evil, the Magister becomes a volunteer par excellence, always offering to join the most dangerous missions in the front line, supporting the position of his comrades and protecting them. He fears not death, as the true believer knows this Valley of Tears is just a test of spirit and he is happy to sacrifice his life in God’s service. 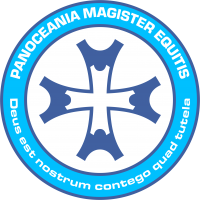 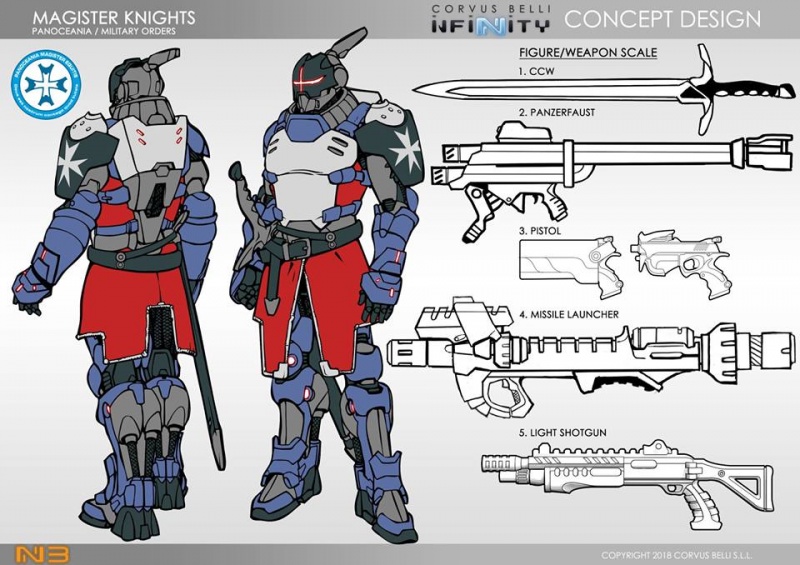 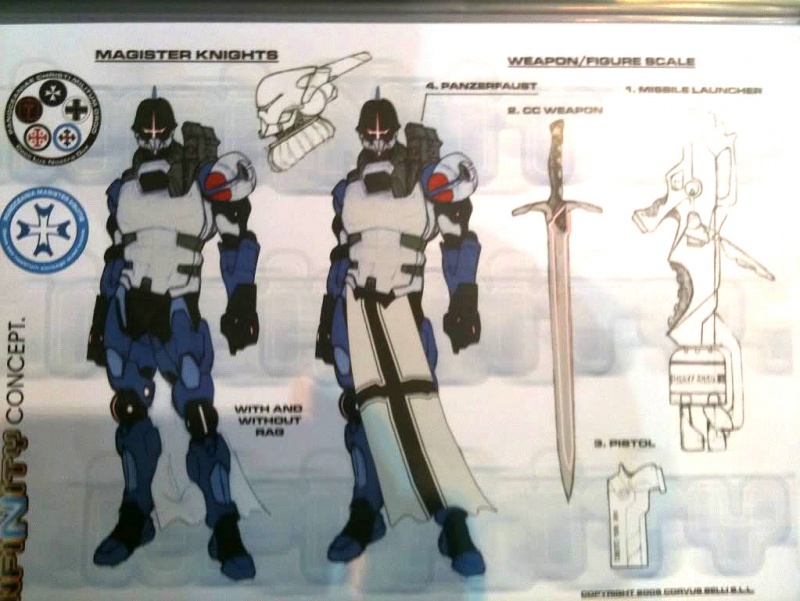 None at this time. They were combined with Teutonic Knights profile with the N4 Military Orders update in 2020.