It’s pointless. Pointless to run, pointless to hide. If the Maakrep Trackers are coming for you, anything you do is pointless. Nothing can save you – nothing at all. Maakrep are the hunters of the Sygmaa Trihedron, the trackers of the Combined Army, and no prey can escape them. Maakrep Trackers live for the thrill of the hunt, the adrenaline high of the chase, the relishing of the catch. Nothing delights them like taking their appointed target out of the picture, particularly if it has been deemed an enemy of society. Maakrep Trackers are always on duty. When not deployed with the Combined Army forces, they operate within Sygmaa Trihedron territory as an internal security and enforcement unit.

If you ask a Sygmaa citizen about the Maakrep Trackers and their work, your only answer will be a thousand-yard stare. Their own people find the topic distasteful. The primary objective of the Trackers is to hunt down Trigon cells, the traitorous resistance to the government of the EI, and discourage the creation of any other revolutionary groups. In this pursuit, they are ruthless. For the kind of criminal they must deal with, there is no other sentence but a bullet to the brain. These executions can take place anywhere: in a deserted alleyway or in a crowded marketplace, wherever they acquire their quarry, they put it down publicly and unashamedly, without trial or defense. That is how the Maakrep drive home their message: against them there is no recourse, and the end is always inexorable, swift and ballistic. 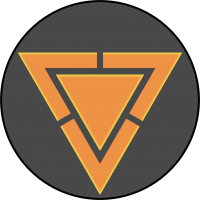 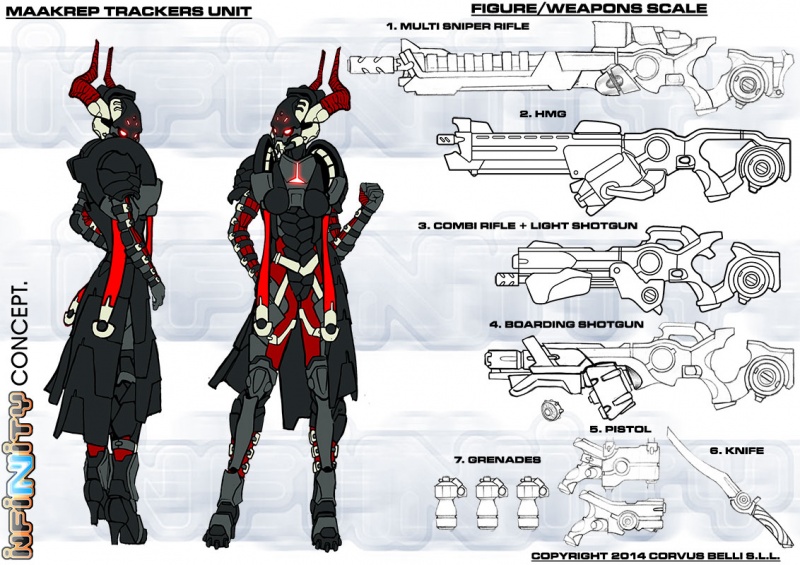 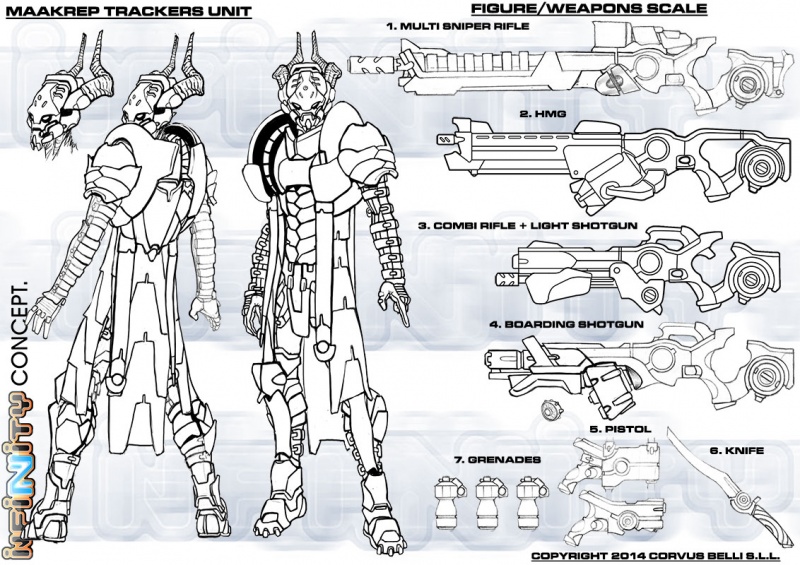 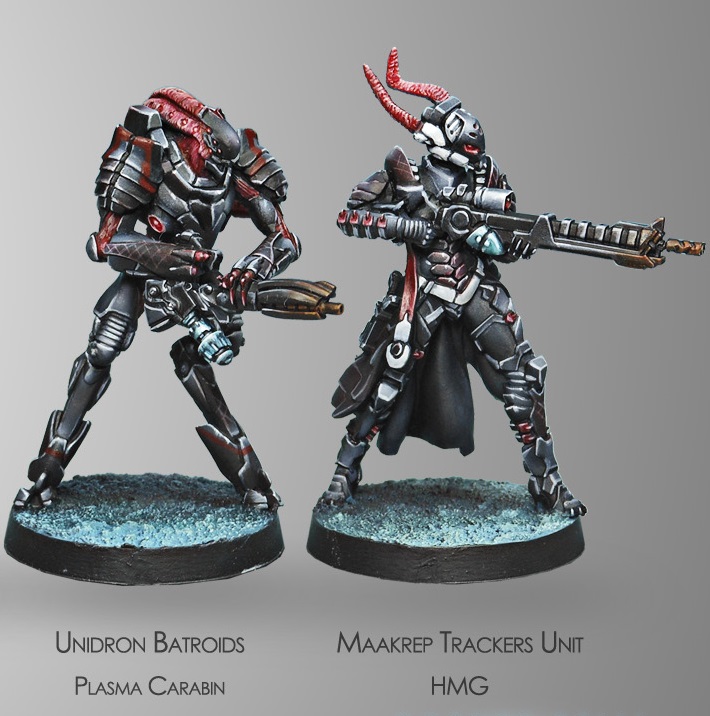