The Nomad Military Force has a long record in the aggressive use of Remotes, but it was during the NeoColonial Wars where they truly demonstrated the tactical potential of these units in combat. On all the NeoColonial Wars battlefronts, the ability of Remotes to force the pace and outmanoeuvre enemy units was of extreme value to the numerically inferior Nomad Military Force. However, when engaged in direct combat, Remotes presented a series of failings that resulted in high attrition rates. To solve this, the Sputnik series embodies a range of improvements and optimizations specially designed for direct attack.

The greatest success of Bakunin’s engineers was to increase their armor, electronic defenses and NBC protection factor, while keeping the high rate of mobility and speed characteristic of Remotes. Sputniks can move across and climb any surface, while acting as a bastion from where Nomad tactical Hackers can operate with total security. Even with all these improvements, Sputniks have a lower fabrication and maintenance cost than any T.A.G. or other advanced combat system. Their light weight and small size makes Sputniks the most effective option to swiftly handle tactical scenarios, explaining their presence in great quantities in Nomad forces. Sputniks can act as a defensive element superior to infantry, but Nomad officers are aware they are more effective when used in mobile situations that exploit their speed, shock capability, and firepower, closing with and destroying the enemy under almost any battlefield conditions.

The various Sputnik models possess different capabilities that determine their role in an attack force. The Lunokhod (Moonwalker) model is used to probe and outflank enemy combat groups. It must force or create a fight, often through invasion of an enemy's ‘safe areas’. The Tsyklon (Cyclone) model is capable of deploying incredible yet precise firepower while remaining highly mobile, allowing it to decimate adversaries directly, cover the advance of allied troops, or provide supplementary anti-tank capability.

The Nomad tactical philosophy, aware of the Sputniks’ offensive potential, emphasizes their use in ‘sudden assault’ attack manoeuvres. A ‘sudden assault’ implies defeating enemy resistance with an offensive both fast and devastating. The traumatic effect of the assault serves to unbalance the enemy and prevent them regrouping. With a high success rate in these kinds of operations, regularly causing numerous casualties and immense shocks to enemy morale, the presence of Sputniks is essential in any Nomad combat group.

While the NMF has used remotes since its inception, the NeoColonial wars strongly demonstrated their tactical potential for tirelessly outpacing and outmanoeuvring opposition. They rarely lasted long in direct combat, leading to the Sputnik series of improvements— reworked mobility systems, increased armour and quantronic defences, and most importantly cost-saving fabrication updates, allowing wide-spread manufacture and deployment. Their light weight and small size are ideal for rapid assaults. The Lunokhod (Russian for “moonwalker”) model, in particular, is made to probe and outflank its opposition, bypassing mines and sensor defences to strike at the enemy’s rear and supply lines.

The Tsyklon (Russian for “cyclone”) model shares the same chassis and overall design philosophy as the Lunokhod but is optimised for use as a precise firepower platform, and as an extension to friendly infowarriors’ reach. Its vision systems test even skilled pilots. Its eyepaint vision systems can disorient even skilled operators, however, limiting its popularity to the proud few who can handle the barrage of visual data. 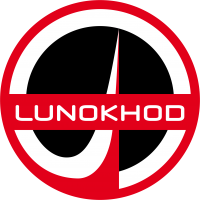 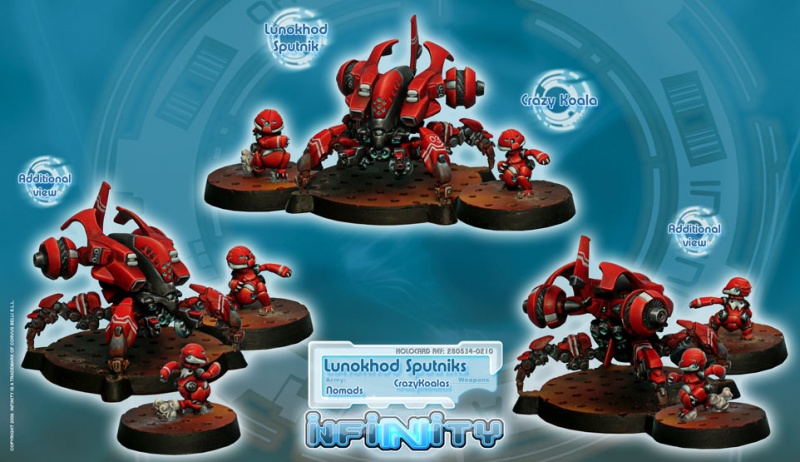