The Line Kazaks are a light infantry corps that acts as a first line of defense for the thinly-spread and often isolated Ariadnan stanitsas. The most common ethnicity in these units is Kazaki (Cossack), so they tend to follow Russian Cossack traditions. The average Cossack infantry soldier is sturdy, fussy, a bit imprudent and irredeemably fatalist, but the salient feature of these men and women is their physical fitness. They may not be as well-equipped as their counterparts from other armies, but they are thoroughly trained, they do their job, and they know the lay of the land.

Line Kazaks take care of all those unpleasant chores that are unbecoming of the Veteran elite and too demanding for the voluntary Militia. The Cossacks follow the rigorous training methods of the borderland units, and apply the maxim: “Professionalism plus Expertise equals Dignity.” It is no secret that the Line troops regard themselves as the true military elite, and to be fair when things get rough they do more than their fair share of the work. 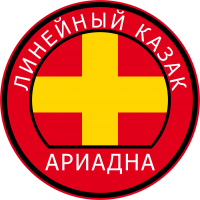 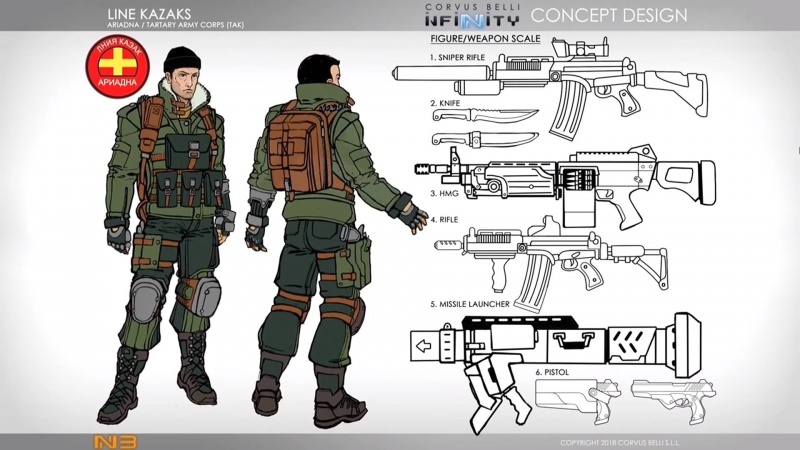 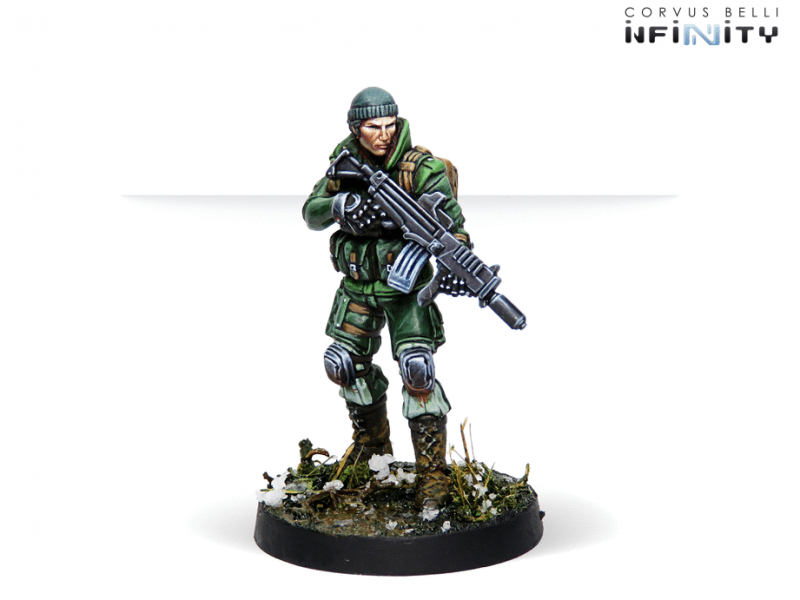 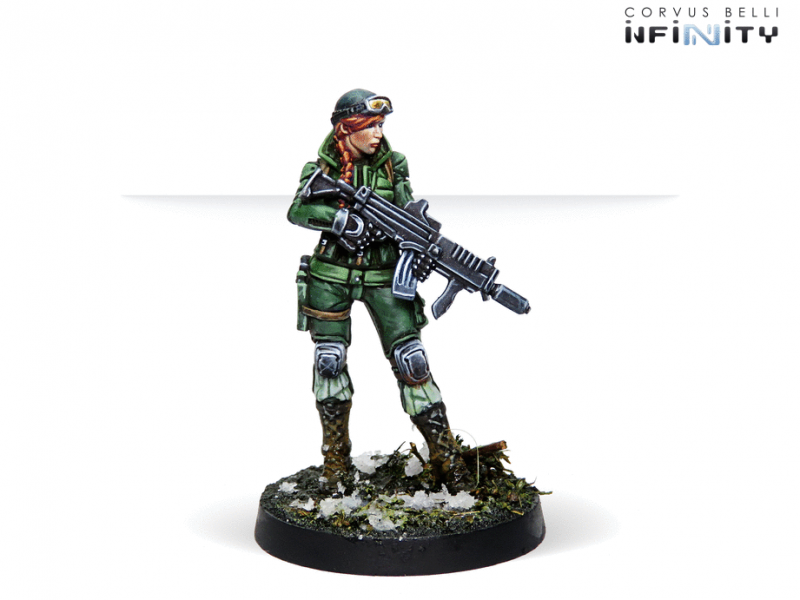 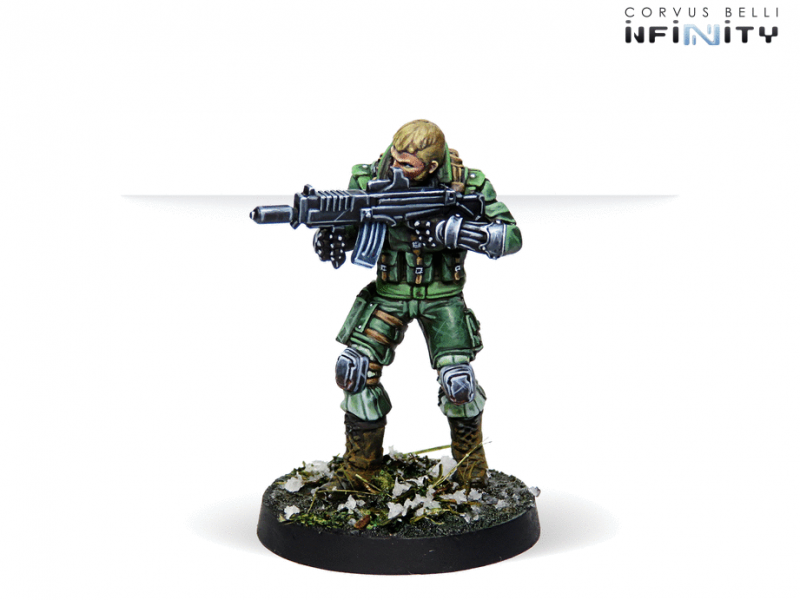 The three Line Kazaks above are equipped with rifles. 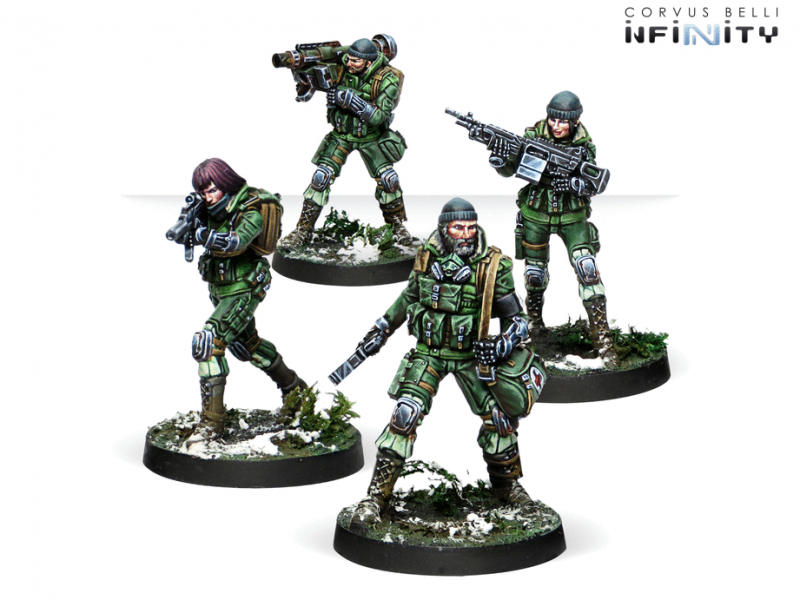 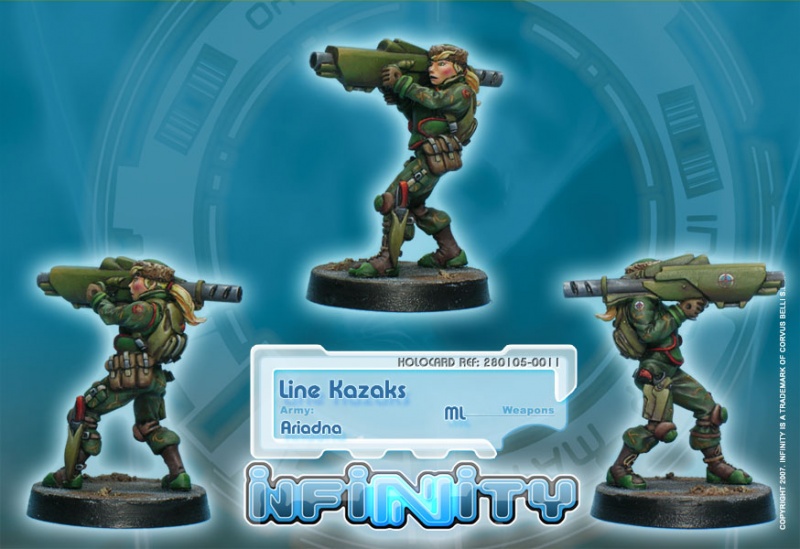 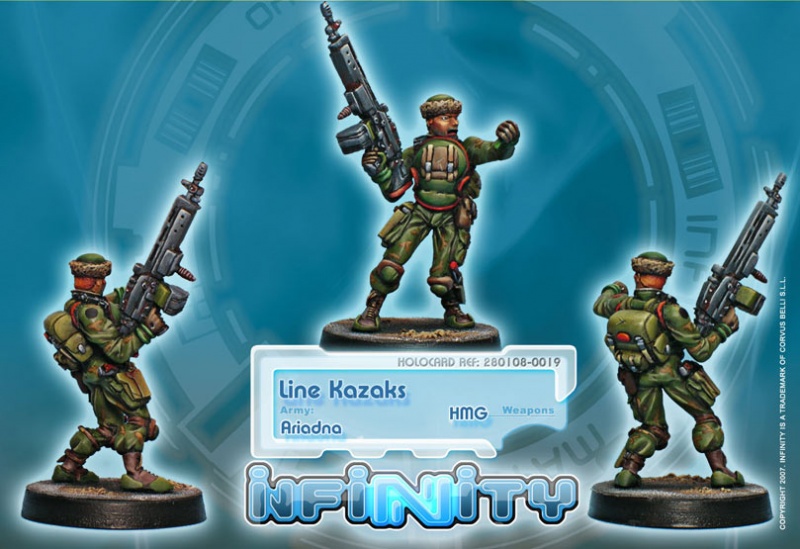 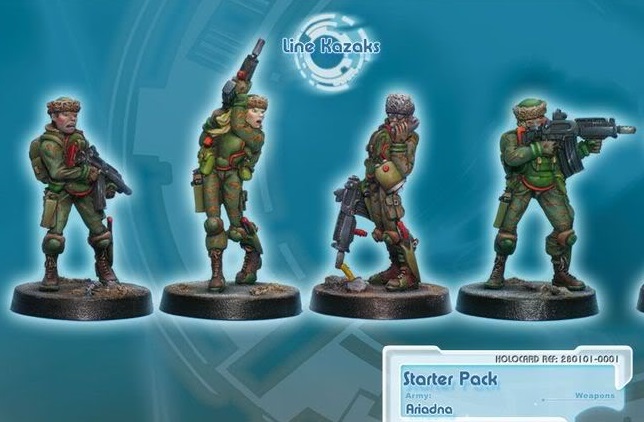