“One does not survive the jungle by fighting cleanly.” Welcoming phrase of Lieutenant Stephen Rao to those who join a unit under his command.

The best moments in the life of Lieutenant Rao happened in one jungle or another. Son of two members of the Great Arboreal Reserve’s Forest Rangers Service, Rao grew up and was educated by his parents in the middle of the jungle. Night camping, hunting with traps and carbine, orientation and hiding tests… ever since he was a child, everything was a game for him. There is no aspect of this inhospitable environment he doesn’t know, and Rao travels the densest and thickest jungles as any other person would wander around their own house. It seemed that the Forest Rangers Service was his natural destiny, but after graduating with the highest aptitude grade results, Rao discovered he was bored. The Great Reserve was his home, but now he wanted to discover new territories, other jungles to explore. Thanks to his marks he was able to enter the Plaska Prasravana Special Officer’s Academy, where practical tests like “The Nightmare Week”, indispensable to graduation and which only 45% of students pass, were, again, just a game for him. Instructors at the academy will tell you he learned everything he knows from them... however, it’s not true and they will never admit it.

When young Stephen Rao arrived at his first jungle operations unit as a newbie officer, he organized maneuvers just consisting of hunting him through the Great Arboreal Reserve. At the end of the exercise the hunting party, composed of experienced jungle combat veterans, had suffered the total loss of all its effectives at the hands of an elusive Rao. The young officer, acting alone, relentlessly and progressively eliminated all his adversaries, one by one and without giving them the slightest chance. That was how he earned the respect of the men and women under his command, and solved any possible doubt about his abilities. Rao earned the admiration and interest of the Special Operations Command with the rescue of ambassador Correia on Paradiso, the incursion missions on Ariadna’s western border, the harassment and attack actions in the last Paradiso Offensive, and a handful of secret operations with unknown details. The Special Operations Command knows that Lieutenant Rao is their man in the jungle, the trump card which guarantees success. 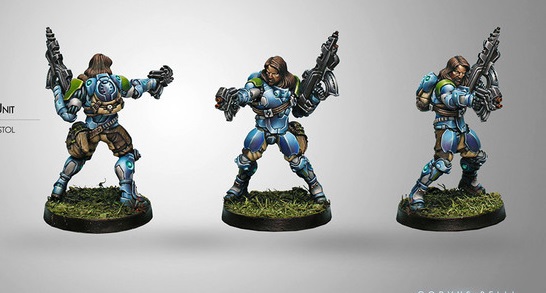