Liang Kai used to be a hero, a champion, a renowned and admired martial artist, a decorated warrior and master, and a complete man in balance with himself and with the universe. But that was before. Now, Liang Kai is a man on a downward spiral to his own personal hell, a fallen warrior struggling to redeem himself, a monk in search of enlightenment. If there has been anyone who has seen his life plummet from the very top, it has been this fighter. The shining star of Zhúlín Monastery, one of the small Shaolin centers in the region of Zhou Zhoug in Shentang, Liang Kai was the undefeated champion of all martial-arts tournaments organized by the order over four years, which earned him the title of Master of the 72 Shaolin Techniques—a feat that did not come easy, since he had to balance both his training and the tournaments with successive deployments in combat zones, as per order’s the agreements with the StateEmpire Army.

Usually monks who win these tournaments are exempt from the military service agreed upon by the order, as they are considered more valuable as future masters and leaders. In practice, however, this is limited to those coming from the most important and influential monasteries of the order. But Liang Kai knew how to benefit from the experience he gained from those deployments, both from a martial and a moral point of view, drawing valuable lessons that would be crucial for his work as a master in the Wùfēng Monastery, one of the order’s centers in Huangdi. It’s not the most important and, in fact, it’s isolated up in the mountains, besides having the dubious honor of being one of the monasteries with the smallest budgets of the entire order. Nonetheless, for Liang Kai, who considered that no master ever stops learning, it was a peaceful study center, away from the political intrigues within the order, a place to train a group of disciples without the interference of more orthodox masters.

Perhaps, in that isolated monastery so far from the spotlight, he might have gone unnoticed by the great masters, but the StateEmpire Army does not forget so easily, let alone someone whose record showed that he had defeated several Umbra in single combat. So Liang Kai was occasionally summoned, sometimes as part of those levies the order had to periodically comply with, and at other times with the express order to carry out specific missions personally.

When the Japanese Uprising broke out, Liang Kai and his three disciples were in Human Edge as part of one of these levies, assigned to security tasks in the system’s Yu Jing asteroid colonies. He and his disciples were hit by a terrorist bomb attack at Hua Ling Station perpetrated by the Tatenokai. As a result, all three of his disciples were killed, while Liang Kai, seriously injured, would lose an arm. Probably still afflicted by a severe case of PTSD, he accepted having a bionic arm implanted and, up to his eyeballs on drugs to prevent rejection, as well as stimulants and who knows what else, he was declared fit for active duty again. Thus, as part of a tactical unit of the Imperial Service, he was sent to pacify a small mobile prospecting base in the upper atmosphere of the gas giant Castor, which had proclaimed its independence. Liang Kai doesn’t remember much of that operation, but the combat stress, along with the cocktail of drugs running through his veins, turned him into an unstoppable killing machine. For him, everything about that day is veiled in a mist as thick and red as the blood he was covered in when he returned to his senses in a room full of dead civilians—that the Imperial Service would simply consider insurgents—all murdered by his own hand. Even now, he is occasionally assailed by brief glimpses of people screaming as his blade slits their bodies open.

Liang Kai was decorated for this action, awarded an imperial distinction that marks him as a hero of Yu Jing and, once again, he was held up as an example to all members of his order. However, he felt that the nickname Japanese mass media had given him was better suited: “the butcher of Sutārēki.” Unable to bear his shame, Liang Kai left the order and—after living some time as a hermit in Huangdi and using it to adapt the 72 Shaolin Techniques to the new capabilities of his bionic arm—embarked on a pilgrimage through the Sphere, becoming a wandering monk who offered his help to all the people in need he would come across during his travels. At times, he would assist local authorities who were too weak to stand up to the powerful criminal gangs that ruled and oppressed the settlement or colony he passed through. At other times, he would help powerless citizens against the corrupt politicians who abused them. Liang Kai was always there for a good and just cause, and thus, every time he has been back to Svalarheima, he has collaborated with both sides of the conflict when their reasons convinced him that his actions would improve the lives of the settlers, be they PanOceanian or Yu Jing. Occasionally, to be able to get farther in his wandering, he has accepted the invitation of condottiero John Hawkwood to join his White Company, always to carry out missions of a marked humanitarian nature. But no matter how many lives he saves, no matter how many people he helps, this monk is incapable of exorcising those glimpses of his past that keep tormenting him. His only hope is that the blood of the wicked will be enough to cleanse the blood of the innocent that stains both his hands and his soul. And to this end, Liang Kai puts all his skill as a master of the 72 Shaolin Techniques at the service of the helpless and of his own redemption. 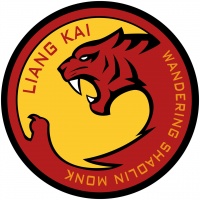 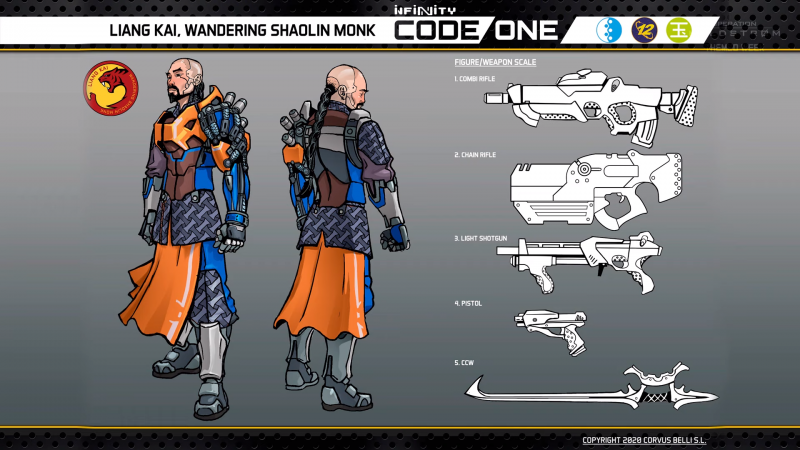 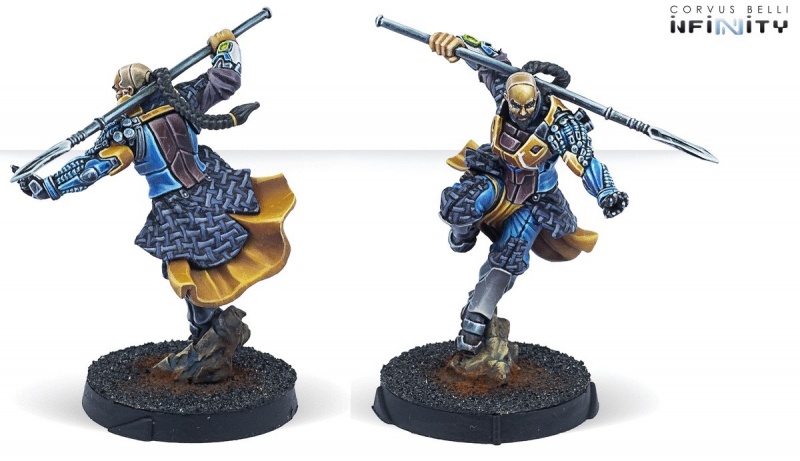 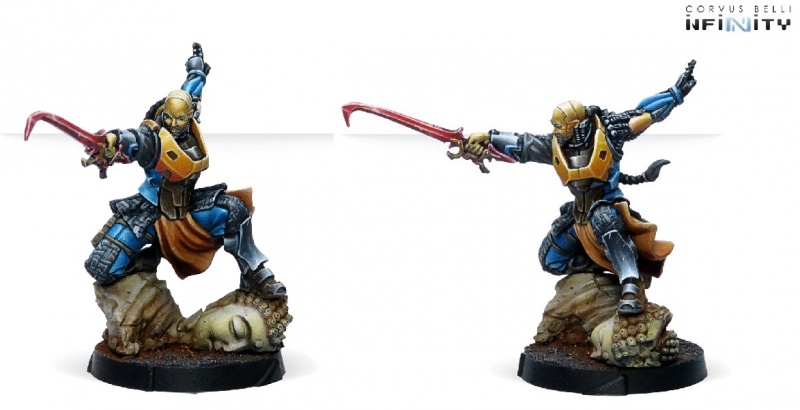 Limited availability by itself during Adepticon 2020, or free with the purchase of the Adepticon 2020 bundle ( Operation: Kaldstrøm and Dire Foes Alpha: Retaliation).