When the thunderclap comes, there is no time to cover the ears. Léi Gōng is The Lord of Thunder, in Chinese mythology, in the HexaDome, and on the battlefield. Fast, elusive, and powerful, Léi Gōng is a veritable force of nature who changes the course of any confrontation.[1]

Léi Gōng is The Lord of Thunder, in Chinese mythology, in the HexaDome, and on the battlefield. Fast, elusive, and powerful, Léi Gōng is a veritable force of nature who changes the course of any confrontation. Symbol and icon of the StateEmpire’s Invincible Soldier military-technological program, this champion is the spearhead of the Yu Jing Ministry of Information’s advertising apparatus.[2]

The Invincible Army represents the soldier-citizen, the common man or woman who take up arms to defend their country. Any StateEmpire citizen could be found under the helmet of an Invincible, since discipline and technology empowers all those committed to Yu Jing. This is the message transmitted by the Invincible Army with each intervention. But the Yu Jing Ministry of Information knew well that even a society focusing on the power of the collective needs a person to embody that message, a face to identify with. Thus, Project Invincible Thunder (Wúdí De Léi) was initiated, with the aim of developing an armor for the HexaDome that would capture Yu Jing’s technological power and finding the hero who would wear it with pride and honor.

And if pride and ability were what they were looking for, the Ministry of Information could not have done a better job finding somebody embodying these qualities. Chen Zubai was a young officer with the Dāoyīng Operational Control Unit who had shown great tactical ability in Paradiso’s theater of operations and who seemed to have a bright future ahead of him, only hindered by his boldness and his appeal for danger that sometimes compelled him take his orders to the limit. The son of Party members with an impeccable record, handsome and brave, this officer was the perfect image for any recruitment poster, and even more so for the HexaDome arena. Consequently, Chen Zubai underwent a period of intensive training during which he developed a personal combat style that took advantage of the technological advances that Yu Jing’s military-industrial machinery had developed for Project Invincible Thunder. Taking “Léi Gōng” as his nom de guerre, he was presented in Aristeia! with one of the largest media displays ever seen in this sport. Regardless, he has soon proved that the only advertising he needs is nothing more than being given more time in the arena. His exploits in the HexaDome and his plethora of victories quickly have made him become a star in his own right and a source of pride for Yu Jing. With his overwhelming charisma and a bold, boastful attitude, Léi Gōng has earned himself fans and followers all over Maya; he knows he is one of the best and he likes to brag about it. His is a combination of skills, attitude, and success that is truly irresistible to the public.[3]

Quite soon, the High Command realized that there is no better recruitment hook than Léi Gōng urging the youth of the StateEmpire to join the ranks of the Invincible Army. This champion’s holoimage welcomes the new recruits at the Invincible Army’s training centers scattered all over Yu Jing, and especially at the Yīngwō Military Academy of Polyvalent Command, alma mater of the Dāoyīng unit Léi Gōng was a member of. They all arrive eager to emulate the feats of their hero, be it at the arena of Aristeia!, hoping to be admitted into Project Invincible Thunder, or on the battlefield, for Léi Gōng has not given up active duty and he visits fronts where his brothers in arms are fighting to join forces with them and obtain victories.

After the debacle of the Japanese Uprising, the StateEmpire needed new wins to restore national pride, and consequently to Léi Gōng’s joy, his presence on the battlefield was increased, particularly in Paradiso and any other operation of great media impact, for example the destruction of the Shasvastii cell infiltrating the city of Chunqiu in Svalarheima.

Léi Gōng is a soldier who has been trained to be part of an elite and he knows that danger is a fundamental aspect of his job, so unlike other Aristeia! fighters, real action does not frighten him, but further motivates him.

In fact, Léi Gōng has been criticized on numerous occasions for his sometimes-excessive courage and audacity, a fearlessness he boasts both in the arena and on the battlefield and which could lead to his end. But no matter how many times he is reminded of this, he will not change his attitude in the slightest.

This reckless champion knows how fleeting the life of an elite combatant is, always on the brink of death, and that—no matter how carefully planned the strategy and tactics may have been—at critical moments everything depends on your own ability and luck, and he knows he has plenty of both. Léi Gōng feels attracted to the danger that keeps him firmly focused on the present, so he can enjoy it to the fullest.

There is one indisputable fact in combat, either in the HexaDome or in the course of a dangerous operation, and that is that you can never predict anything beyond ten seconds ahead.

This short lapse is the only guaranteed future, and it’s all Léi Gōng needs to unleash the fury of thunder on his adversaries to achieve victory.[4] 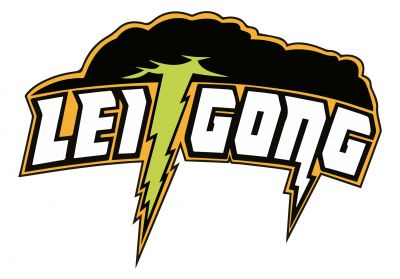 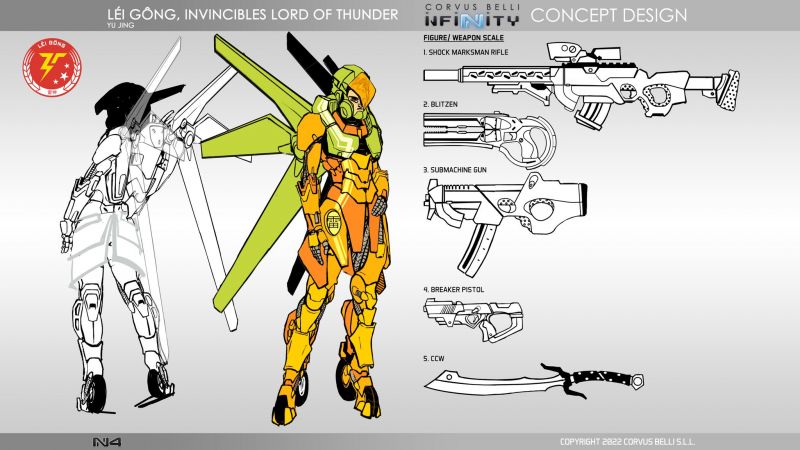 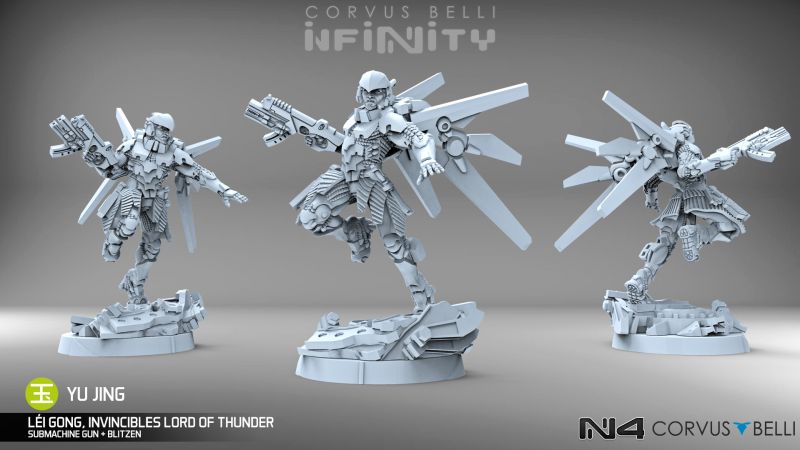 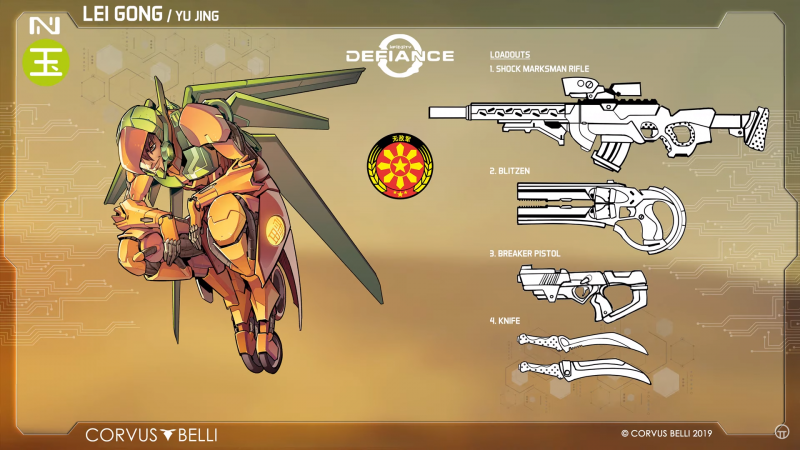 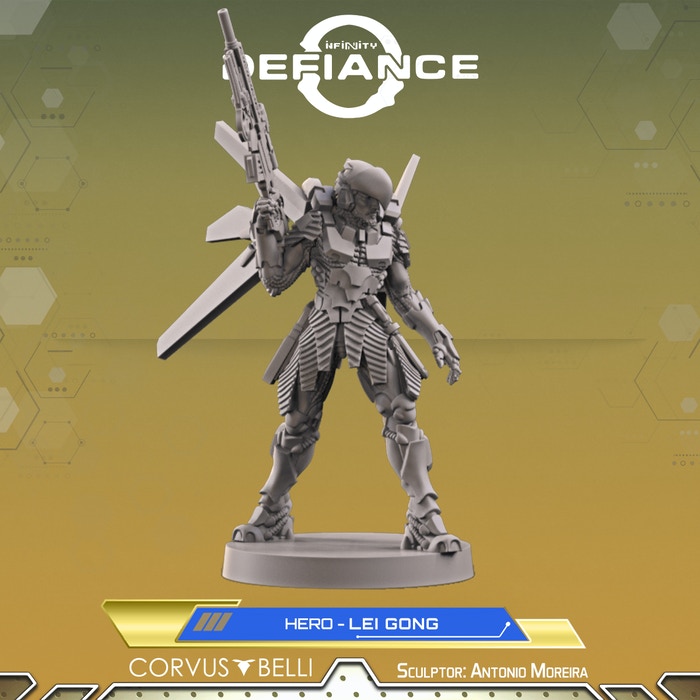 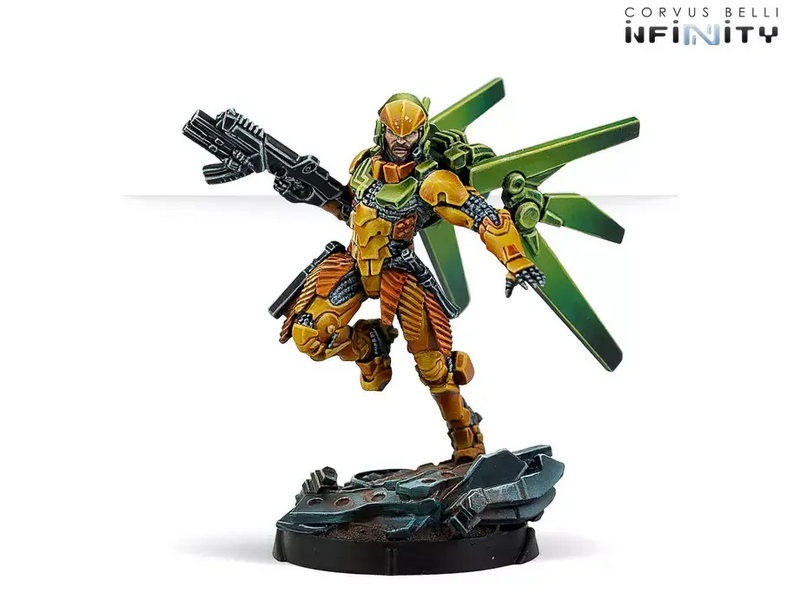 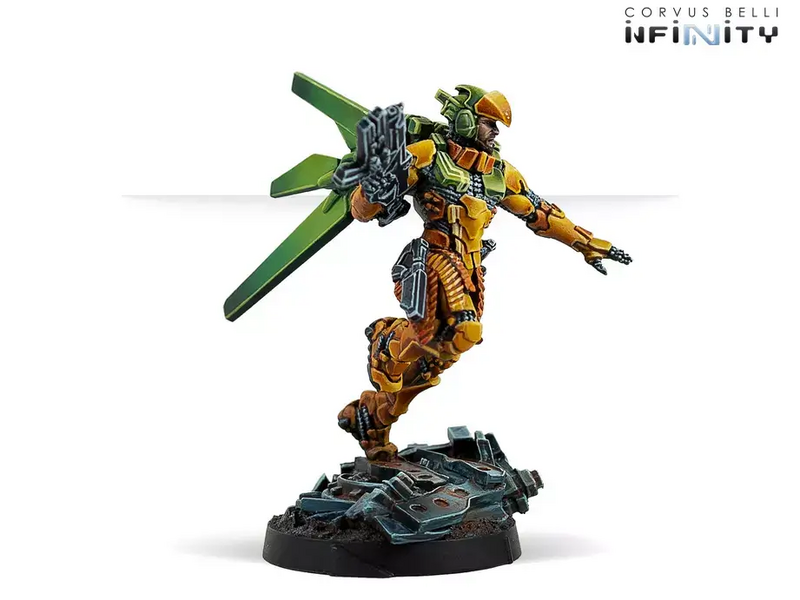 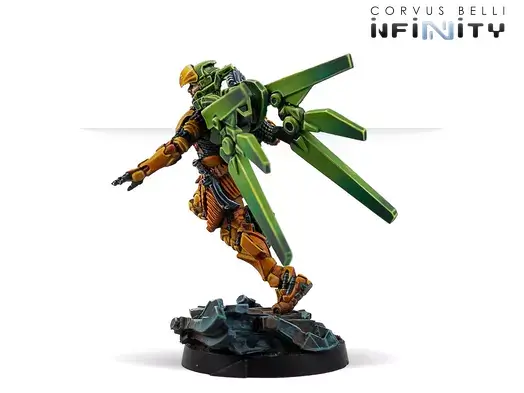 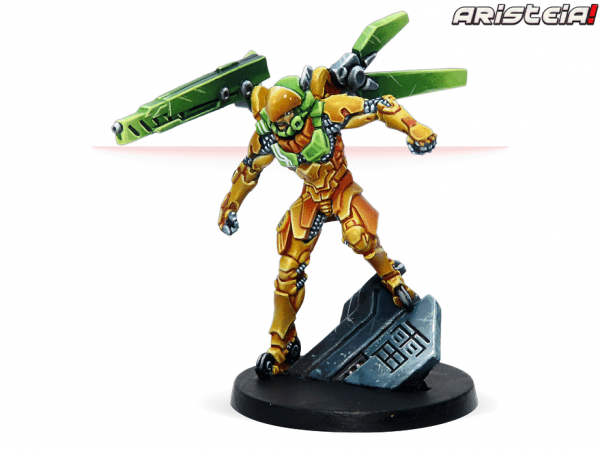 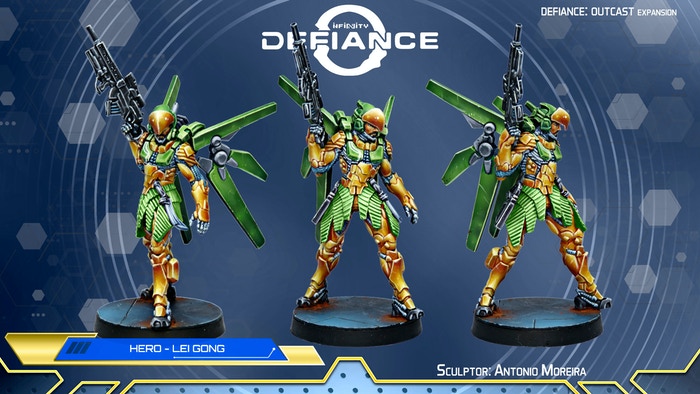 None at this time, though his Defiance model is not available through retail.