"The Kyrgyz people of Haqqislam are a rough, tempestuous bunch who never obeyed any law but their own. They live on the Tien Shan mountains, where they control numerous drug labs, rudimentary guns factories, counterfeit money printers and well-stocked repair shops. Kyrgyz nomads have an appreciation for alcohol, loud motorbikes and beautiful women above all else. They are a turbulent people, prone to confrontation and revolt. The Haqqislamite army recruits the most famed among them for its Kum motorized units, where they can indulge their aggressive impulses. Riding a thunderous motorbike, these vicious fighters dash into close range to destroy the enemies of Haqqislam. They uphold the age-old Kyrgyz response to the challenges of their enemies: ‘North, South, East or West, where to find the Kyrgyz? By the silver hand of Alexander, look for them around their enemies!’ Zooming around the battlefield on their roaring bikes, Kums have forged a terrible reputation as intrepid, audacious riders… or absolute psychopaths, depending on who you ask. Some say all members of the Kyrgyz biker tribes are a bit unhinged, all we know is these are the most savage, stubborn and daring guys to ever kick and slash their way out of Tien Shan!"

North, South, East, or West, where to find the Kyrgyz? By the silver hand of Alexander, look for them around their enemies!”

For the Kum, this age-old Kyrgyz battle shout is as much a way of life as it is a rallying cry. Of course, to a Kum Ganger, the definition of enemy can include foreign militaries, rival gangs, local police, or a best friend, depending on the day. While the Sword of Allah recruits from these ruthless biker gangs for their Kum Motorized Troops, most Kum Gangers are preoccupied with dealings far less savoury or essential to the continued well-being of Haqqislam. The Kum Gangers few rules include: ride hard, fight harder, and keep what you kill. Possession is the whole of the law. If you’re not strong enough to stop something being taken, it was never truly yours to begin with.

Kirguiz bikers, and the Kum Motorized Troops drawn from their ranks, take great pride in the power and endurance of their motorcycles, covering engine cowlings and chassis with nano-painted imagery and defiant mottos each Thronging. In conflict, they rely on smoke cover and daredevil speed to overwhelm defenders and escape pursuit.[1]

"Forward, Forward Kum! Go to meet the enemy! The sun illuminates the hawk and the prey! Hiuu-ey! It’s a good day to kill and be killed!" Heard in the Kum lines before the front of Halil was broken. NeoColonial Wars. 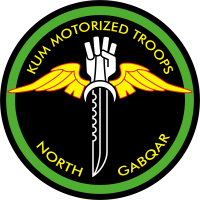 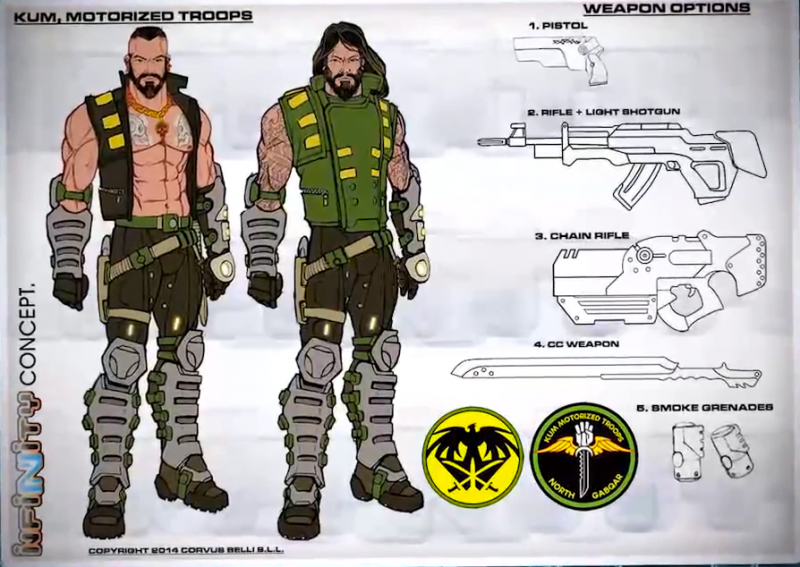 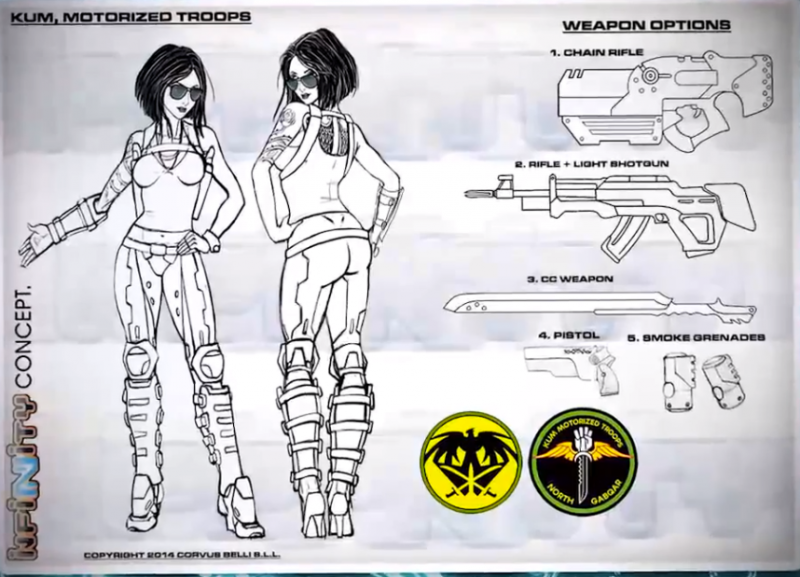 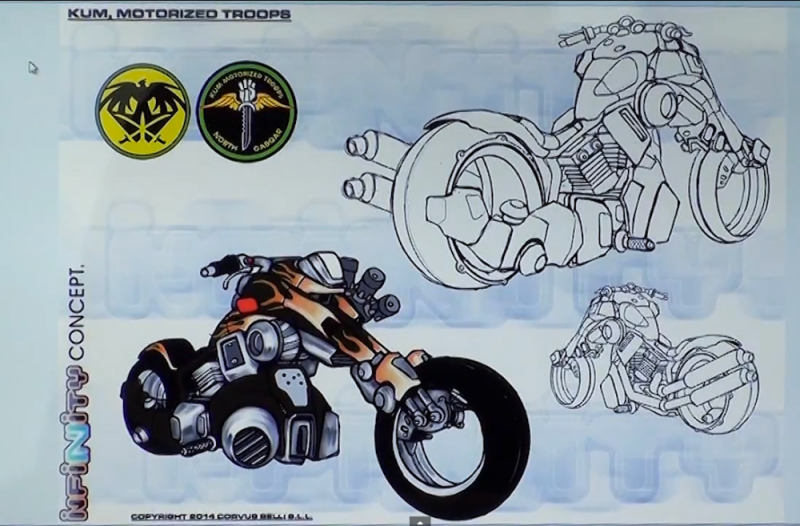 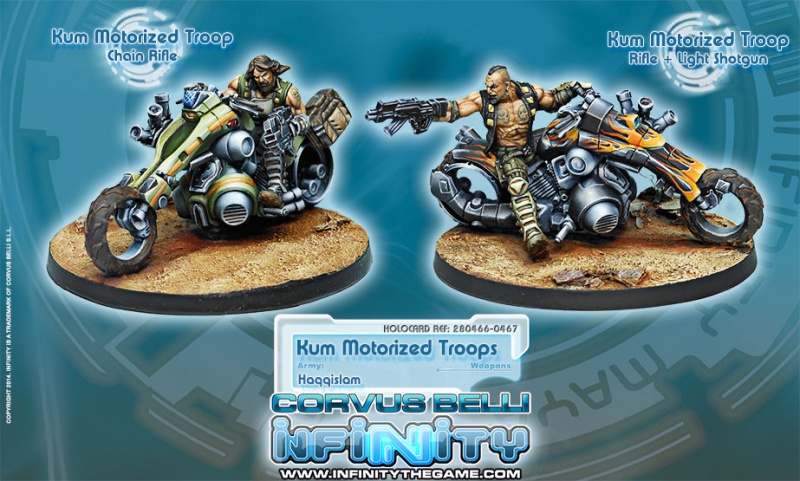 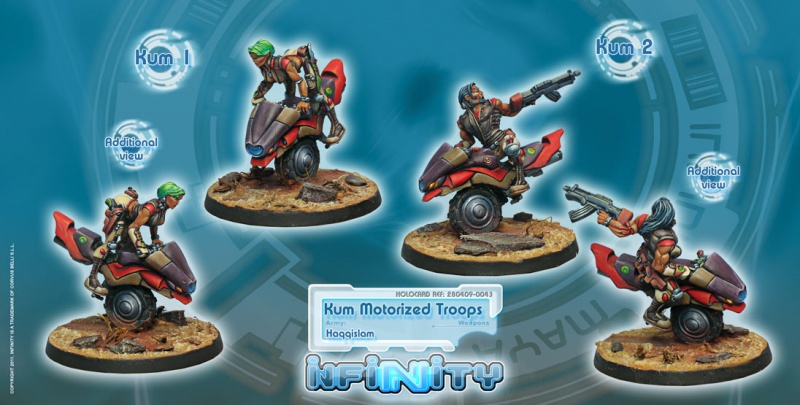 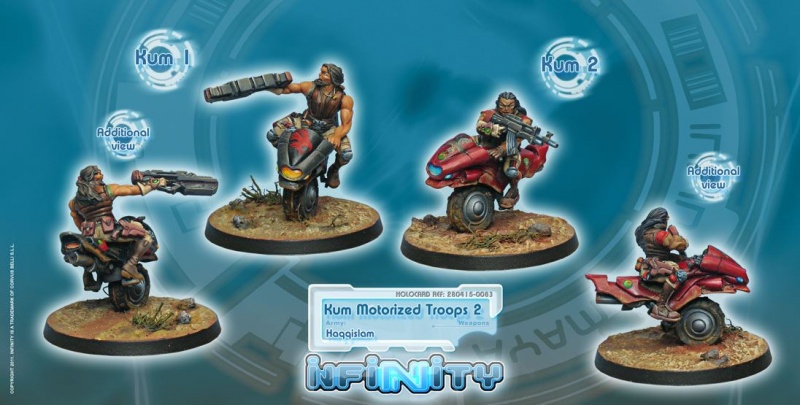