Vaarso Battlespeak notation: Neebab numerologists deem number 40 a symbol of the ability to govern one’s destiny. In the Kotail, number 2040, the influence of the number forty partly offsets the negative associations of the second thousandth, mainly related to unpredictability and instability, leaving only empowering indications of transformation and movement. As a result, Kotail has implications of confidence, speed, and nonstop action.

Profile: “We have a mission, and no kind of element of surprise. We’ll have to make do with raw speed. Everyone, symbs at full power and go!” Lieutenant Wes Daaran, Kotail Mobile Unit. Rescue operations in system Ceenle. Tohaa Colonial Territories.

As the struggle against the Combined Army continued to escalate, Tohaa Trident forces spread across the Colonial Territories found themselves increasingly isolated. As their supply lines were progressively cut off, they were forced to alter their combat methods. Their enemy had seemingly unlimited resources and troops, and no force could stand against their raw power. To survive the war of attrition against the Combined Army, they had to be clever and meet the enemy sideways. The Tohaa command of system Ceenle, facing an onslaught of armored units, chose to resort to boldness and audacity, and created the Kotail. They could not meet their foes head-on, but they could be faster, shrewder. They would run past the armored hulks, surround them and strike from unexpected angles until the invaders were overwhelmed by the hail of fire that never came from the same point twice. Even today, Kotail run and jump around the battlefield without a break, pushing their mobility symbionts to their limits as they come and go across the killzones, surrounded by their holographic doppelgangers. They dive head-first into hell, where their speed is their only shield and a moment’s hesitation could spell their doom. In the kind of hotspots they frequent, holoechos are a meager comfort: should their foes pinpoint their location, they would be torn to shreds in an instant. So, once they lunge forward and gain speed, they never stop until they fall. 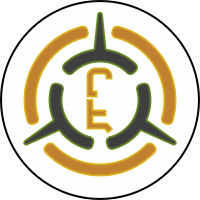 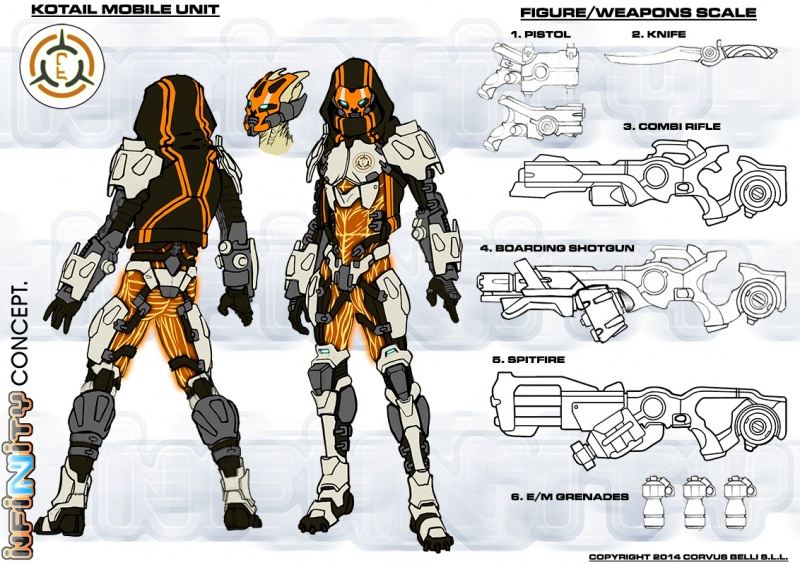 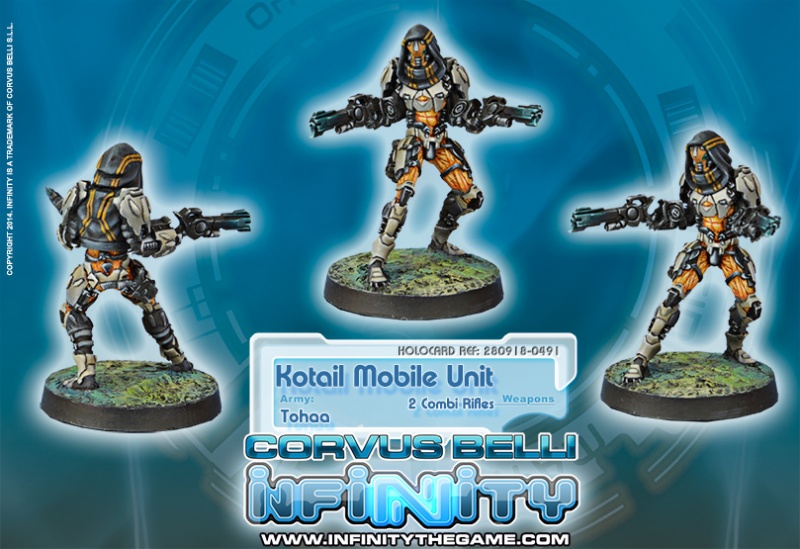 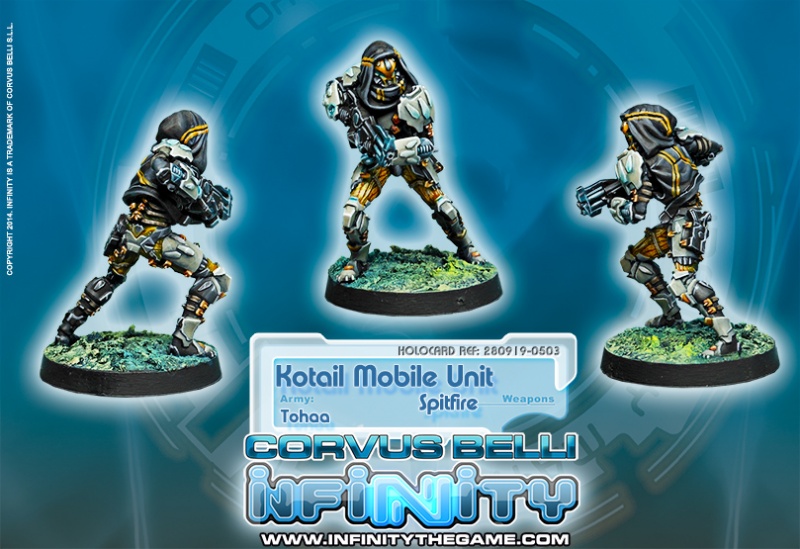