Profile: Perhaps the oldest profession in Tohaa history is that of Preceptor. These are practitioners of Corahtar pheromonal discipline who have devoted their skills to commanding symbiotic creatures to carry out physical tasks.

In the distant past, Corahtar was a widespread discipline in rural areas, where self-taught Preceptors traditionally relied on their innate pheromonal skills for animal husbandry. As Tohaa society embraced industrialization, this approach was progressively abandoned. Technology made trained beasts redundant for most purposes, but the practice of Corahtar never disappeared. Instead, honed to professional standards, these abilities were repurposed for specialized auxiliary occupations such as emergency services, surveying, animal research, law enforcement and, naturally, military applications.

Kerail Preceptors are the modern tactical interpretation of this ancient profession. With their assistance, the Tohaa Trident can deploy units of SymbioBeasts to spearhead its ground forces. By dint of exacting joint instruction sessions with their Preceptors, SymbioBeasts train their close combat aptitudes and specialize in either of two basic operational roles, each with its own codename. Isolated from its master, a SymbioBeast is a brainless, feral animal, but a well-commanded SymbioBeast becomes an efficient herald of death that can sow fear in the heart of any foe. Predictably, handling these ferocious creatures is not a task for the fainthearted, and the number Kerail, 5020, has become a symbol of triumph in the minds of the Tohaa. Anyone capable of meeting such a challenge is bound to succeed in any endeavor. Kerail Preceptors embody victory through a level of self-discipline and self-assurance that can obliterate all opposition. Once they catch the scent of their foes, nothing can distract the Kerail and their SymbioBeasts from their quarry. They lunge into battle with the speed and single-mindedness of a flying arrow. The certitude that nothing is beyond their power wins them every battle.

SymbioBeasts profile: The genetic foundation of the SymbioBeasts fielded by Kerail Preceptors is the symbiotic lifeform known as Heraal. This entity is mounted on a Sirgee host, a powerhouse of muscle and sinew incapable of complex thought. Adjoined to a Heraal, the Sirgee’s mind becomes vulnerable to pheromonal manipulation, and its cognitive faculties experience a rapid improvement. Once the combination is complete, the creatures cease to be mere animals and become a single SymbioBeast, a killing instrument delicately operated by its Kerail Preceptor. Tohaa bioengineers have created different Heraal breeds for distinct tactical purposes, and the SymbioBeasts they produce have different designations and armaments. Mutan SymbioBeasts are fitted with both ballistic and nanotechnological weaponry for ranged combat. On the other hand, the bulky Surda are the product of a Heraal capable of enhancing its Sirgee’s physical attributes beyond their natural limits, making them an ideal close combat assault unit. Either way, a well-trained SymbioBeast makes a valuable asset to the Tohaa Trident and a fearsome sight to its enemies. 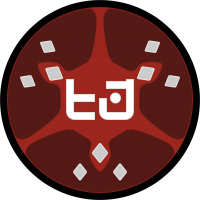 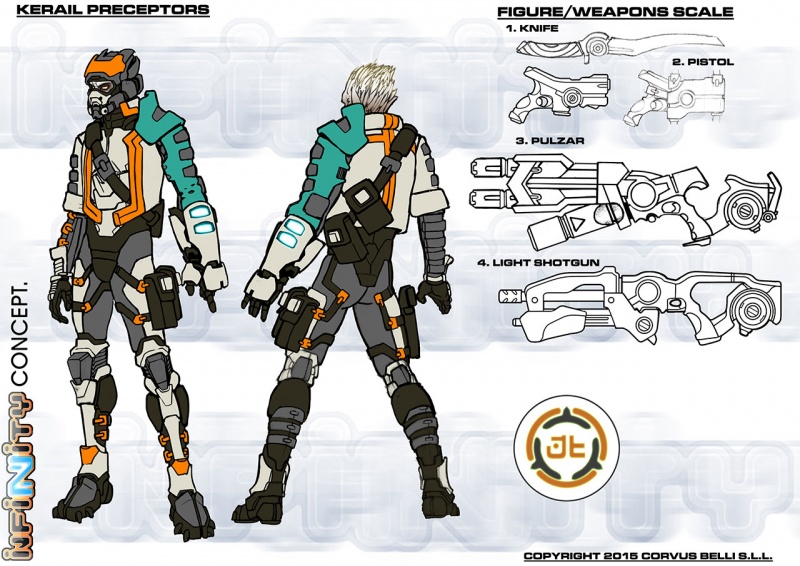 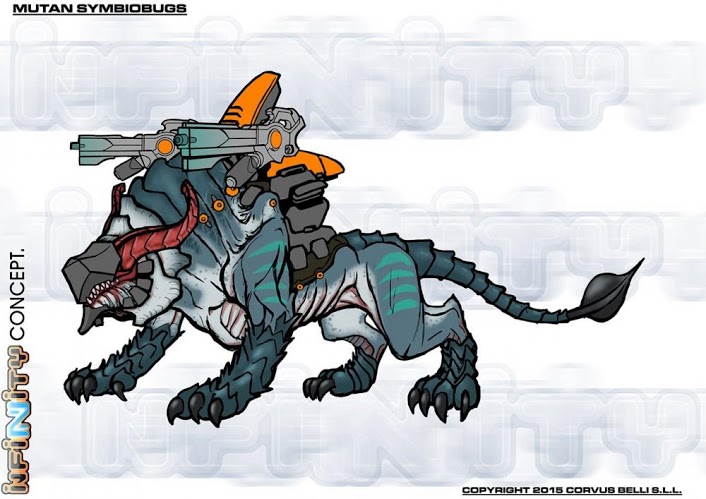 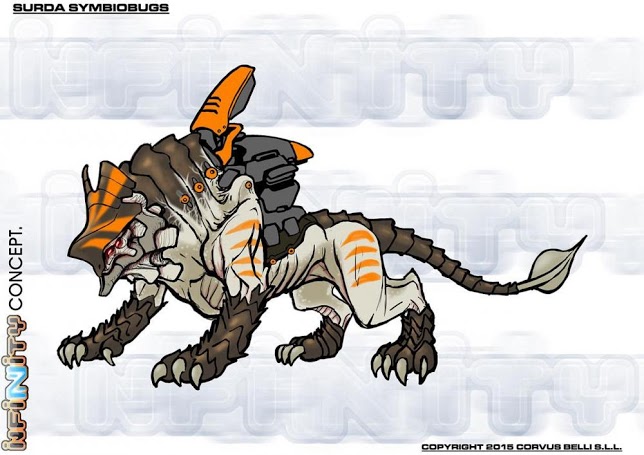