The Karakuri are autonomous military robot units. Due to their special characteristics they are considered multi-purpose assault troops. They also perform crowd control and anti-mutiny operations in the Nipponese regions of Yu Jing. As shock troops, their mission is to conduct operations in the most dangerous areas of the battlefront, moving unperturbed through crossfires, ignoring damage, and frightening the enemy with their unstoppable advance.

The Karakuri Program was the great challenge for the Nipponese industry, creating a figurehead exemplifying the innovative capacity of the Japanese technological companies inside the Yu Jing industrial complex. The task was to design a combat remote unit with heightened agility and toughness, and an artificial intelligence developed enough to work without a field operator. The Program was called “Karakuri”, the name of Japanese automata dolls of the eighteenth and nineteenth centuries. These mechanized puppets of great beauty and technical precision had the ability to surprise and entertain thanks to the movements of their hidden mechanisms. Like their namesakes, the present Karakuri are dazzling technological prodigies, the next stage in the evolutionary process of combat machines. The modern Karakuri are designed to surprise too. They possess an invisible armoury, hidden in compartments secreted throughout their bodies: from an anti-tank projectile to a pistol, with a plastic explosive package for auto-destructive farewell fireworks. All weapons and systems have been miniaturized, compacted and assembled to achieve maximal volumetric reduction. The result is an ultrasophisticated android creature, built in the form of the ultimate woman/machine hybrid. With a reinforced metallic skeleton, armoured breastplate, wasp waist, long legs, inexpressive facial mask and hidden weaponry, the Karakuri are more fearsome than they are beautiful, the erotic nightmare of any combat cyborg. 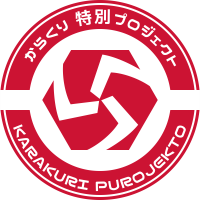 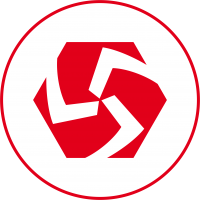 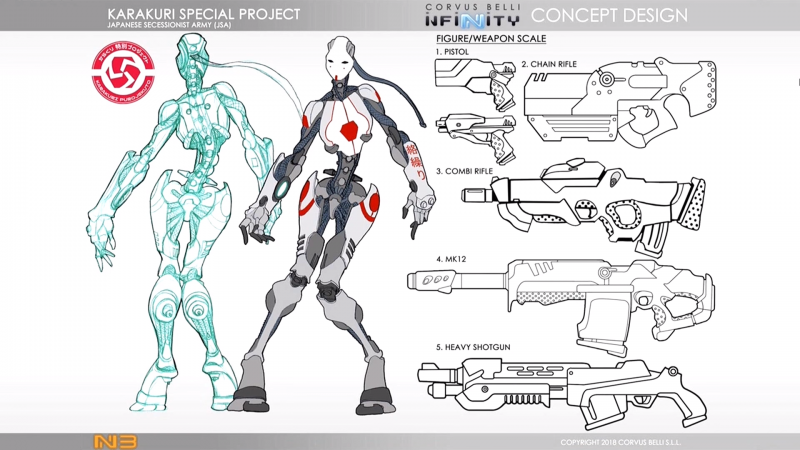 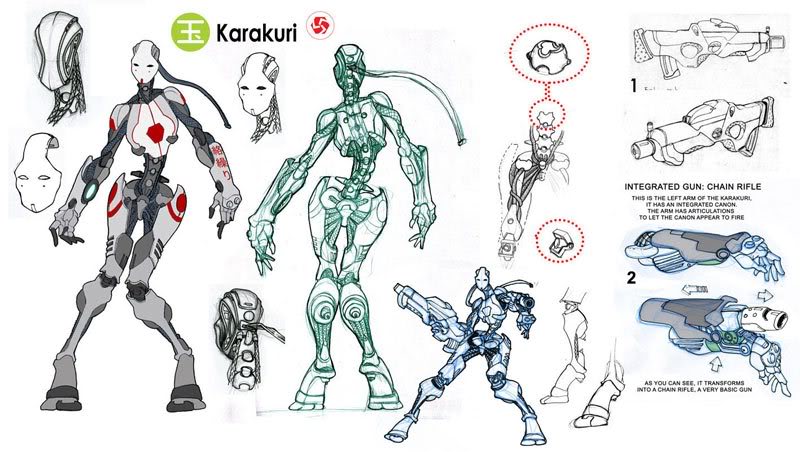 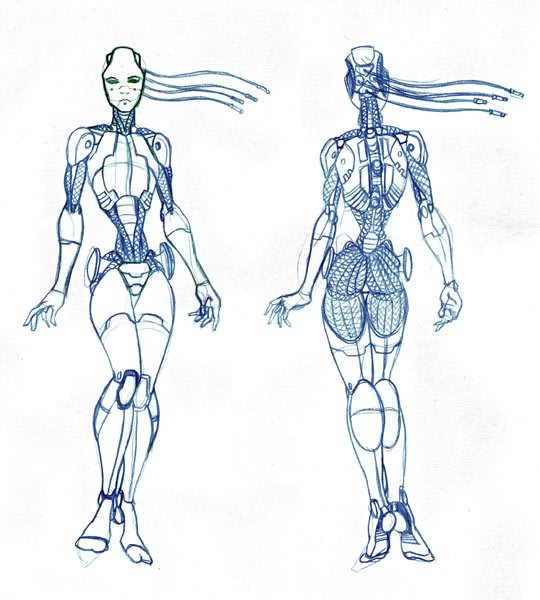 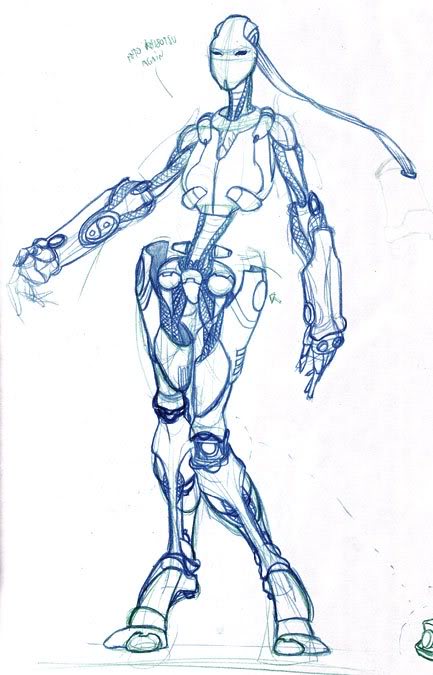 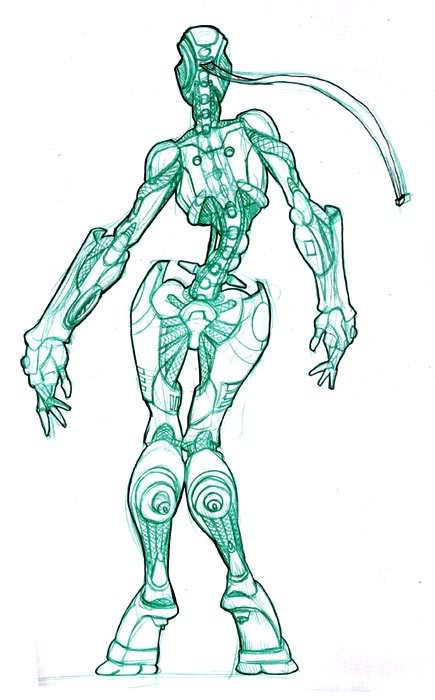 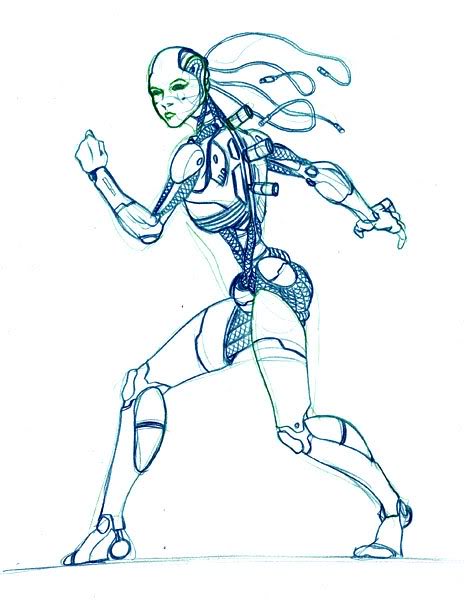 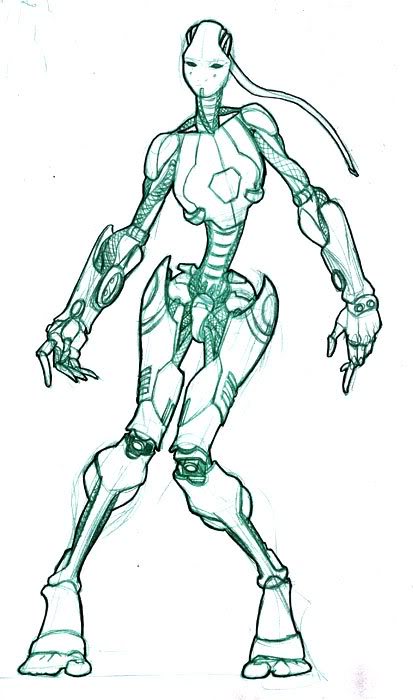 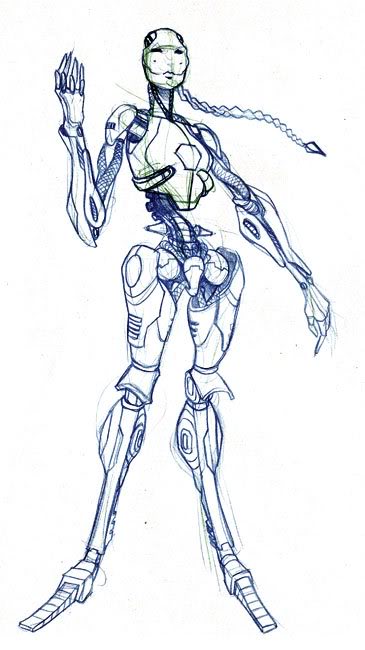 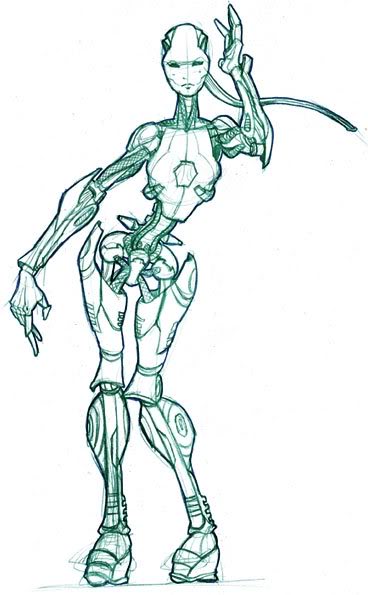