Jazmín “Jazz” Caticovas is a Sergeant Technician on the Defiance, specializing in the Quantronic War and in VoodooTech Coding.

“Code is like a score - it improves when it's properly arranged.”[1]

Anyone will tell you that were they to choose a person to go with to a deserted island, no one would pick Jazz Caticovas. She would spend the whole day listening to music and in a bad mood for not being able to access the datasphere or play her sax. The fact is that, even if Jazz knew what a deserted island was—since, being a Nomad from Corregidor, she has spent her whole life inside crowded ships—she would probably agree with this opinion. However, if you are inside an orbital under a security lockdown while some bad guys are asking for your head, then Jazz is your girl. But if she hears you call her “your girl,” she will most probably shoot you—and it will not be in the foot.

Jazmín “Jazz” Caticovas is a Corregidoran hacker, which means that, as opposed to the Nomad hackers from Bakunin, with their radical solutions, or those from Tunguska, with their trademark genius, she is a foot soldier of cybercombat who has learned it all the hard way. And Jazz has a special talent for always choosing the most difficult way.[2] Born and raised in the Picachito module in Lazareto, she comes from a family of musicians who instilled in her a passion for jazz, but of course, given her origins, Afro-Cuban and Latin jazz. She would learn to play the saxophone when she was only five years old, and this would secure her a good career for life. But that would be the easy way, and she likes it difficult. So, to her parents’ chagrin, she would soon become more interested in classical jazz than in the predominant Latin jazz sound from Lazareto, which frustrated her incipient musical career. The problem is the Picachito module, a sector with one of the highest murder rates in Lazareto, is under the brutal control of the maras, and they only respect musicians and priests. For Barrio 6, the violent mara dominating Picachito, everyone else, especially girls, are just targets. Jazz could not become a priest, and she would never be the kind of musician everyone wanted her to be, and this made her a candidate to be brought to a casa loca, a “mad house,” a housing pod used by the maras to rape, torture, or kill their victims. With no professional prospects in sight and with her life in danger, Jazz would finally join the Corregidor Jurisdictional Command, where she discovered her other great passion in life: coding.

For Jazz, writing code is like writing and interpreting music, especially jazz jam sessions: starting with a couple of beats and ending with a full concert. This is a very flowery description of her job, but the only thing that interests the officers of the Nomad Military Force’s High Command is that this young woman is one of the few hackers capable of breaking through VoodooTech firewalls without losing her life or her sanity in the process. Jazz was deployed on Paradiso with a spec-ops team, always accompanied by her Remote Billie—named after her idol, the great Billie Holiday— and she adapted quickly to life on the front, which for her is much less stressful than an ordinary day in the Picachito module. There, mission upon mission and success upon success, Jazz built a great reputation within the Paradiso Coordinated Command, both as a tactical hacker expert in deep penetration hacking and as bad company to be with on a deserted island. She does not care much about this reputation if she can interpret her favorite music, either with her sax or with her hacking device.[3] 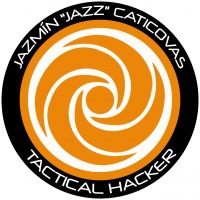 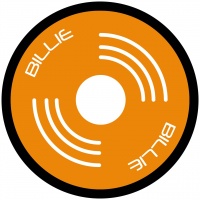 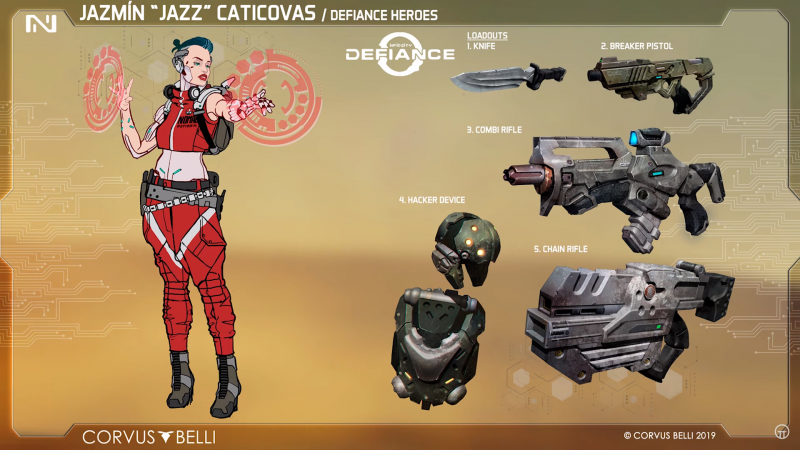 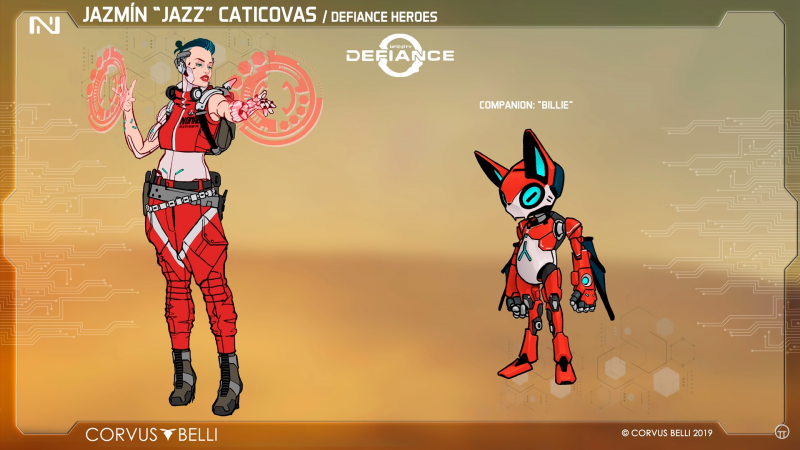 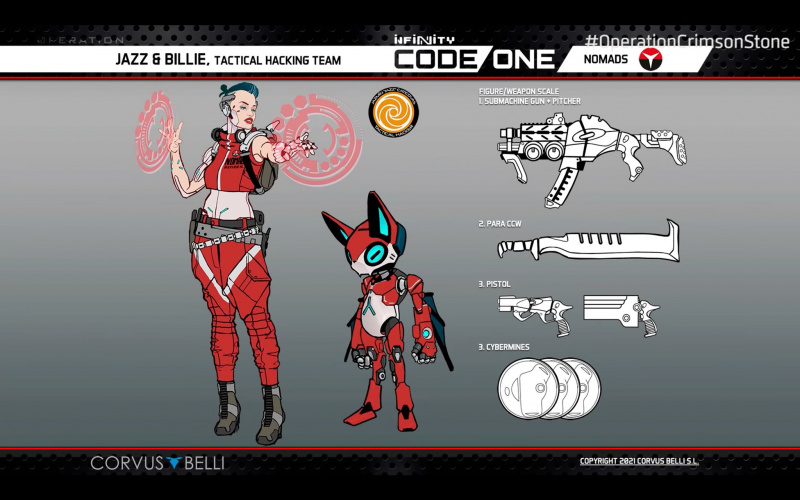 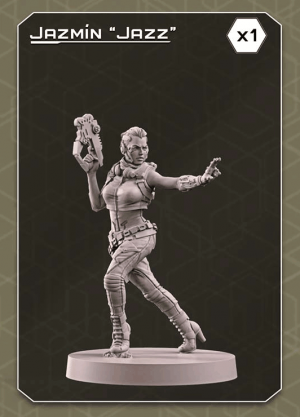 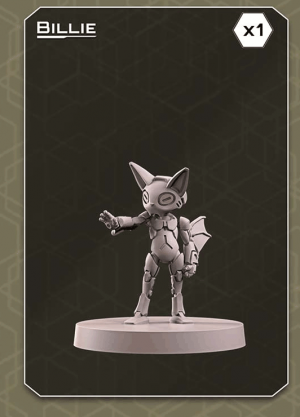 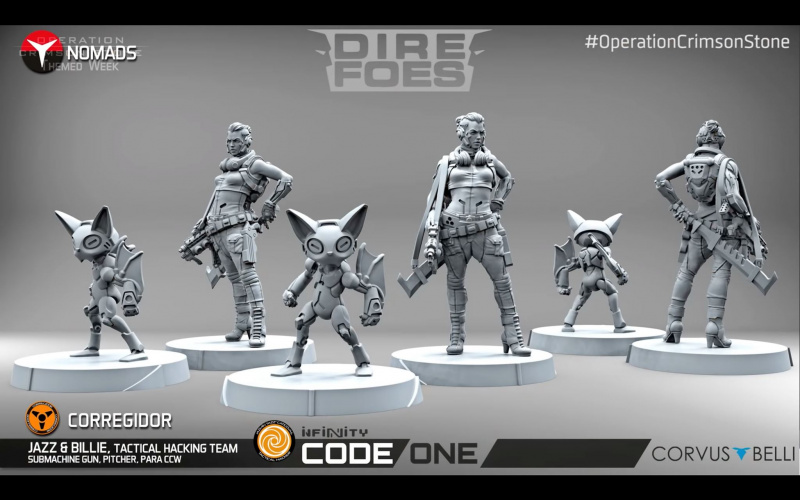 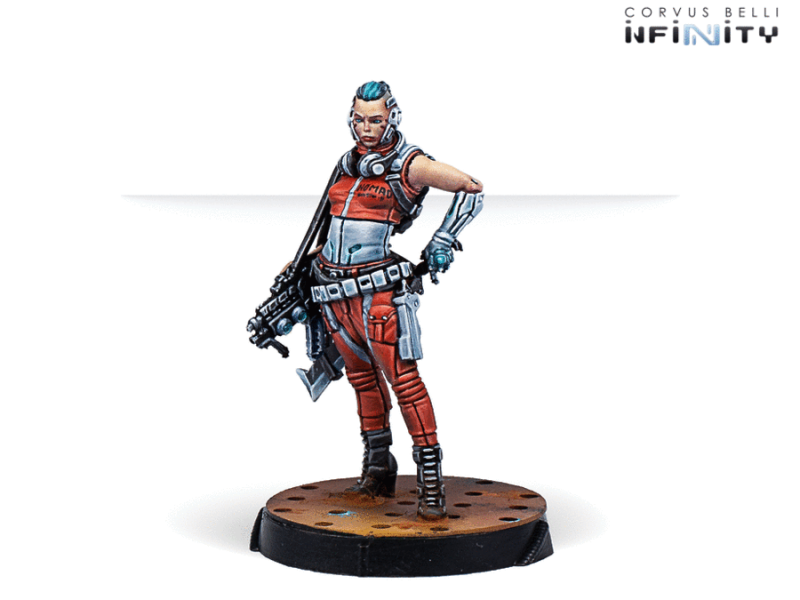 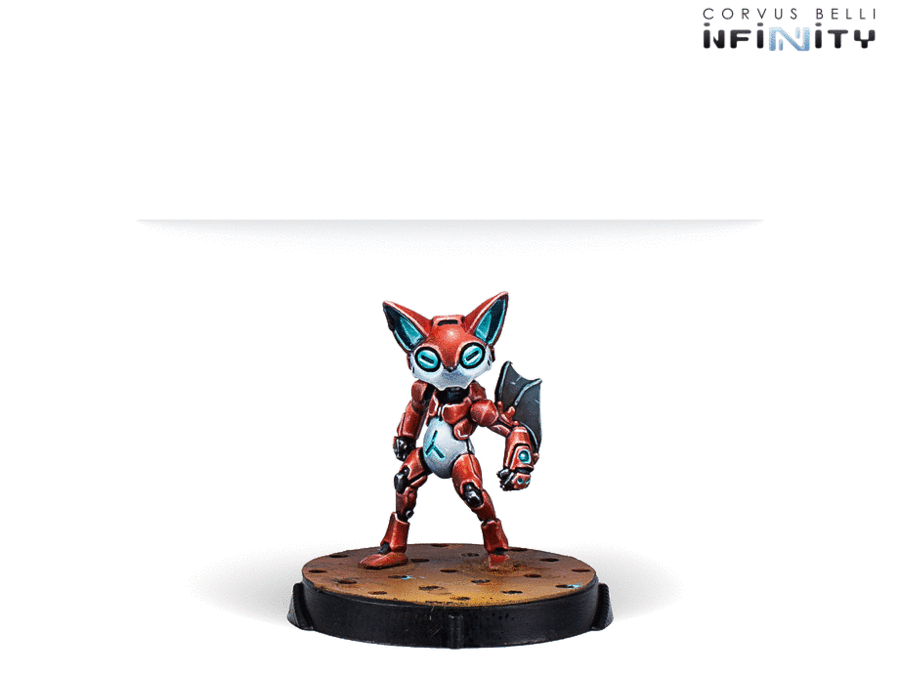 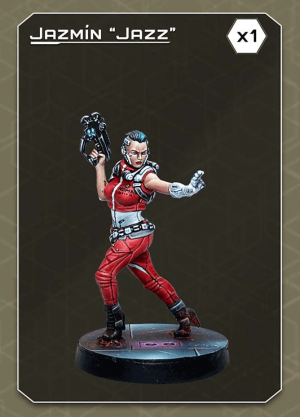 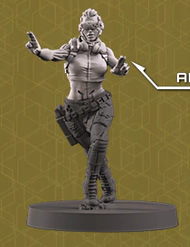 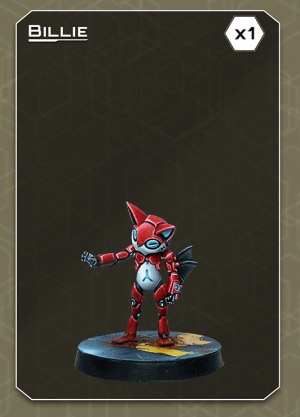