“Better dead than slaves”. Motto of the Irmandinho Boarding and Rapid Disembarkation Group.

The members of the Brotherhood of Waterborne Surveillance Volunteers, more commonly known as Irmandinhos, act as a shock force capable of disrupting small heavy infantry or forward light infantry units. Over time they have become a permanent military Waterborne Exploration squad, forming the Boarding and Rapid Disembarkation Group. Irmandinhos do not receive regulated military training, but instead learn the basics by working alongside veterans of the Irmandade, making them an irregular unit. The Irmandade has long been suspected of smuggling all manner of merchandise between Ariadnan communities and the foreign colonial settlements, and they certainly have the means and expertise to move goods unseen in their swift watercraft. They are also believed to have contact with the Intelligence services of all nations of the Sphere with presence on Dawn, which may give credence to the theory that they are a key piece in some secret espionage ploy of the Cossack High Command. At any rate, an Irmandinho will buy or sell anything, that much is known: if it’s broken, he’ll fix it; if he can’t fix it, he’ll use it to bash someone’s head in. Rough, tough and boisterous, Irmandinhos are kept under lock and key and closely monitored while aboard Ariadnan craft, for fear they will start some trouble or ‘nick’ something, at least until things get nasty… that’s when they are let out to hurl themselves towards the enemy.

The fishing heart of Tartary and home to the powerful Vostochnyy Flot, the city of Castropol is essential to the prosperity of Ariadna thanks to its massive fishing fleets that provide food throughout the year. The city’s squat homes and simple aesthetic is due to the fact that for the citizens of Castropol, everything revolves around the sea. Sailors and their families spend the majority of their time tending to the needs of the sailing vessels and their crews, and the fish markets of Castropol are one of the main sources for exquisite Ariadnan fish such as Storm Sea Swordfish. The Vostochnyy Flot, or Eastern Fleet, is responsible for patrolling the eastern nations on Dawn and also doubles as the main force assigned to blockade duty around areas in the Exclusion Zone where off-shore drilling rigs have been set up. Though they are warned to avoid starting renewed conflicts with the other G-5 nations, the Vostochnyy Flot take their duty seriously and are quick to punish anyone caught exploiting Dawn’s resources inside Ariadna’s sovereign waters.

The city is also home to the main headquarters for the Irmandinho Brotherhood. These sea scouts and sailors are considered a vital part of the Ariadnan armed forces despite their reputation keeping them from being completely trusted. Their reconnaissance and subterfuge skills are highly respected by the Ariadnan chain of command and counterbalance their recklessness, rough reputation, and the unconfirmed certainty that they engage in smuggling and other black-market activities. They have been gifted a small headquarters to maintain in Castropol, which is where they receive intelligence updates and provide reports on activities observed while at sea. It is also home to the Currican Bar, where Irmandinhos can relax surrounded by fellow Galicians and conduct business away from prying eyes. The walls are lined with photographs and mementos of those Irmandinhos who are politely described as having disappeared in deep waters.

The Currican (named after the Spanish word for trolling for fish) is said to be one of the best places on Dawn for obtaining off-world technologies. This reputation is fairly accurate though the pickings can be slim at times and what the black market traders exchange for these gadgets is subject to some speculation. More than one complaint has been filed with O-12 about “saboteurs of unknown origin” breaking into warehouses, vandalising technology, and stealing supplies. 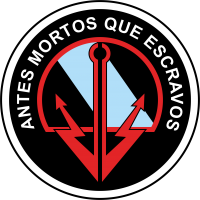 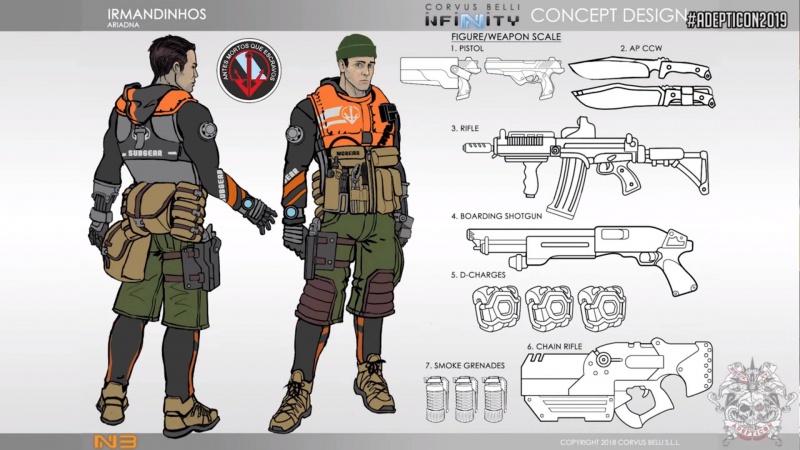