In the Chang Sheng Chun, or the Invincible Army, lies the military force of Yu Jing: the power to deploy in combat numerous heavily armoured infantry troops.

The Invincible Army was born during the military reform made by Minister Tseng Huan. They wanted to change the current army model of the State, based on large quantities of poorly trained light troops, for a more modern and effective one. Military research was improved and focussed on the development of body protection. They managed to produce stronger and tougher servo-powered armours. Many camps and training centres were built, with the best instructors of the Human Sphere. In a short time, Yu Jing had a very strong highly disciplined force, able to carry out the most complex tactical manoeuvres. Nowadays, the Invincibles have become an excellent attacking force because, though they were trained by foreign instructors, they have never forgotten their Chinese inheritance, turning them into formidable close combat fighters. Their precise discipline, order and tactical ability are both singular and excellent. Due to their appearance and reputation, they really do appear invincible in combat. 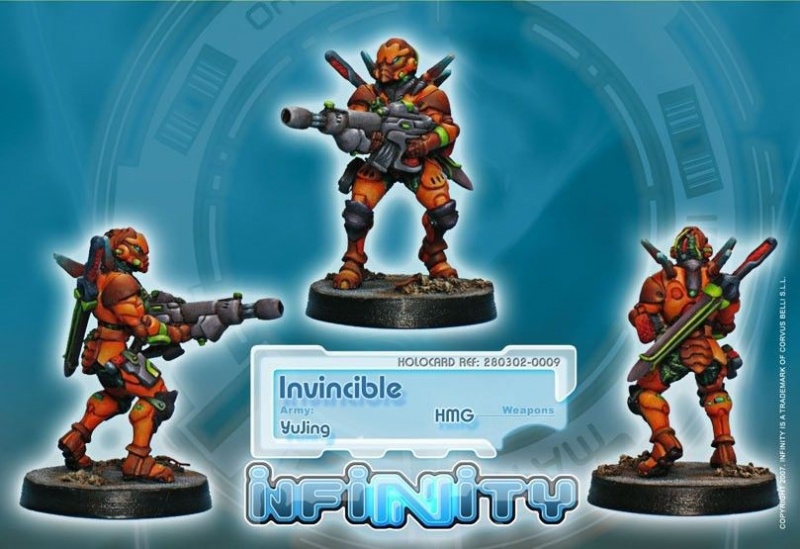 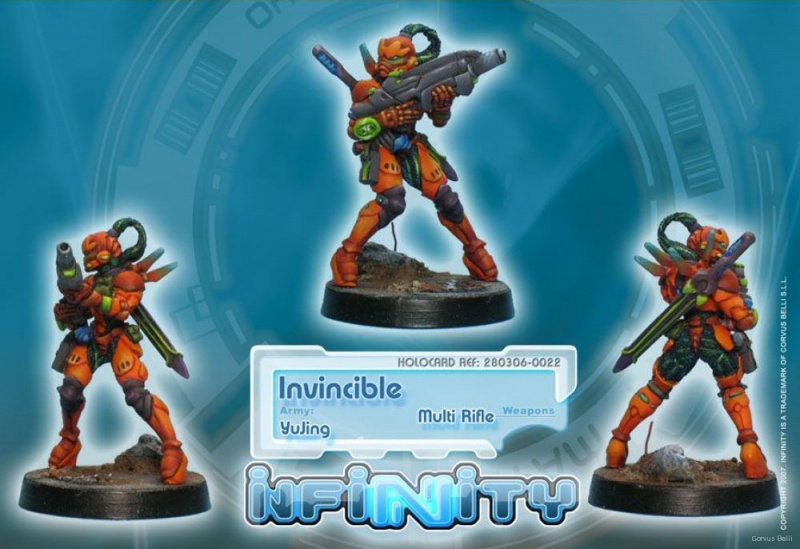