A deathmatch game by Corvus Belli, coming to Kickstarter in late 2021. According to Corvus Belli's announcements, the system will be compatible with Infinity, and will not use the Aristeia or Defiance system. It will take place on the planet Dawn.

Infinity Deathmatch: TAG Raid is a 2-to-4 player game with miniatures that recreates skirmishes and multiplayer combat in the Infinity Universe, a science-fiction, high-tech universe that portrays an exciting, action-packed near-future setting with manga aesthetics.[1] 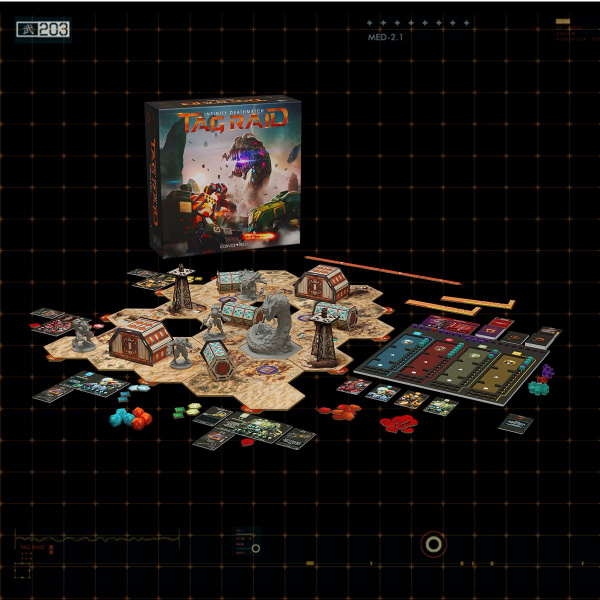