The Hungries are combat light operatives. They belong to a bastard race found by the EI on some forgotten planet. The difference between Gakis and Pretas is in the presence of the male, a symbiont parasite hosted at the base of the skull. This male-symbiont, in order to feed itself, disrupts the body biochemistry of the female-host (Gaki), accelerating neuronal connections and giving her a greater intelligence. The resulting being is a Preta that, even though it will not be completely rational, will have an improved learning capacity and a greater ability to manipulate objects. The EI trains them with a trial-reward system, stimulating artificially their sensations of hunger. That is the reason for their military designation inside the Combined Army as “The Hungries”. The humans met them on Paradiso and called them Gakis and Pretas, cannibal phantoms in Japanese and Hindi, for the fierceness of their attacks and because they like to move in packs. Their main military use is deterrence and the rupturing of enemy lines. Experience has taught human troops that it is not wise to allow them to get too close. The Hungries are trained to be more insidious than intelligent. They carry close combat weapons as modified arm-claws, and the Pretas, thanks to the presence of the male-symbiont, can expulse wide sprays of small calcareous excrescences at great speed with the efficacy of a shrapnel weapon. The Pretas also posses the capacity to exude globules loaded with neurotoxins called Bio-mines, an evolutionary advantage developed to protect their egg laying places. The Hungries prefer to move in groups, following random patterns simultaneously to provide more possibilities for victory. They are worse than they appear, the speed and determination of their attacks turning them into relentless and terrifying enemies. As is commonly said about them, they will never renounce to their pound of flesh. 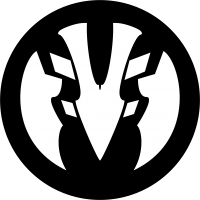 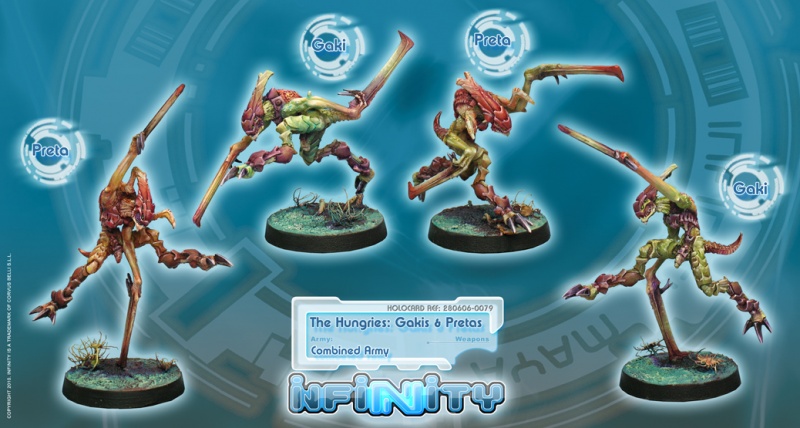 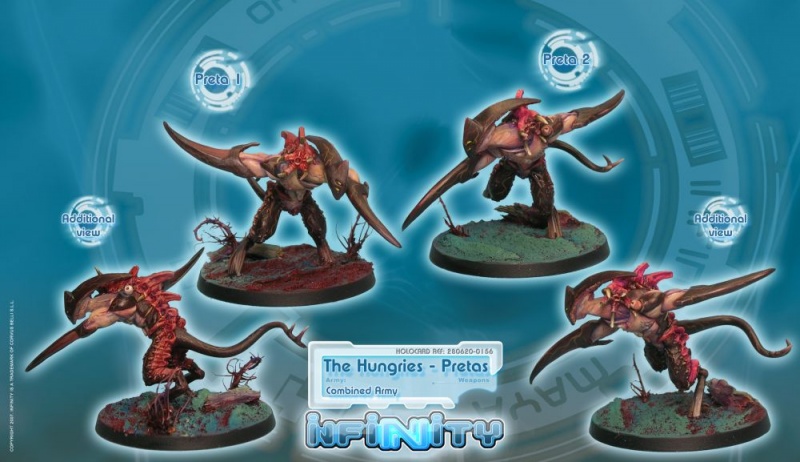 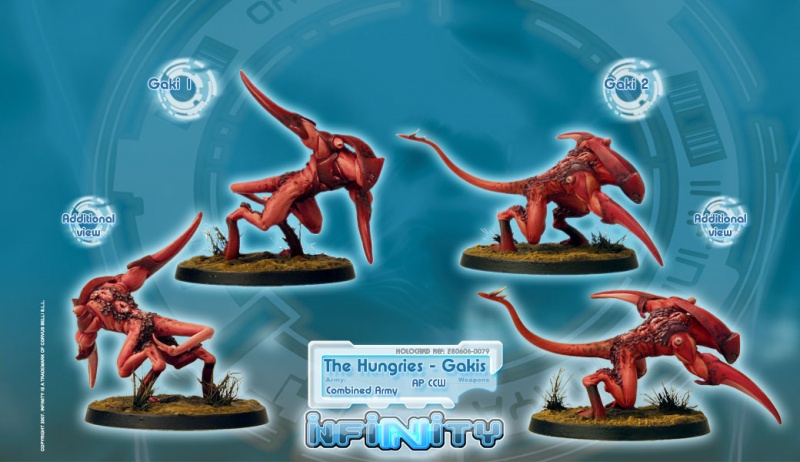