“Tuitio Fidei et Obsequium Pauperum” (Defense of the faith and assistance to the poor), historical motto of the Order of the Hospital.

“Missio Dei” (Mission of God), new motto of the Order of the Hospital of Saint John of Skovorodino.

The Hospital is the single most powerful and influential Religious Military Order in PanOceania, based in the imposing fortress-monastery of Skovorodino, on the ironically inhospitable Svalarheima. Hospitallers are warrior monks with a double rank, both religious and military (Brother-Sub officer, Father-Officer, Grand Master-Brigadier). Secluded in their monastery, they devote their time to prayer and to honing their martial skills. In battle, their religious fervor makes them fearsomely unrelenting. In keeping with their origins as advocates of ailing pilgrims, they have specialized in high-risk rescue missions. Sanctioned by His Holiness the Pope, Hospitaller Knights are one of the pillars of the PanOceanian presence on conflict-riddled Svalarheima. Crusaders for faith and country, they are aware that their mission is to be always ready for the call of duty, which always comes at the darkest hour. They know their vocation is an instrument of salvation, and must relinquish the meager, trifling rewards of the selfish quest for worldly fame. Instead, they place the whole of their bravery and spirit of sacrifice in service of PanOceania, the Church, and their companions. 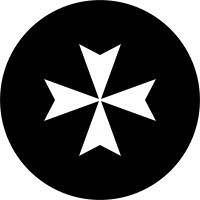 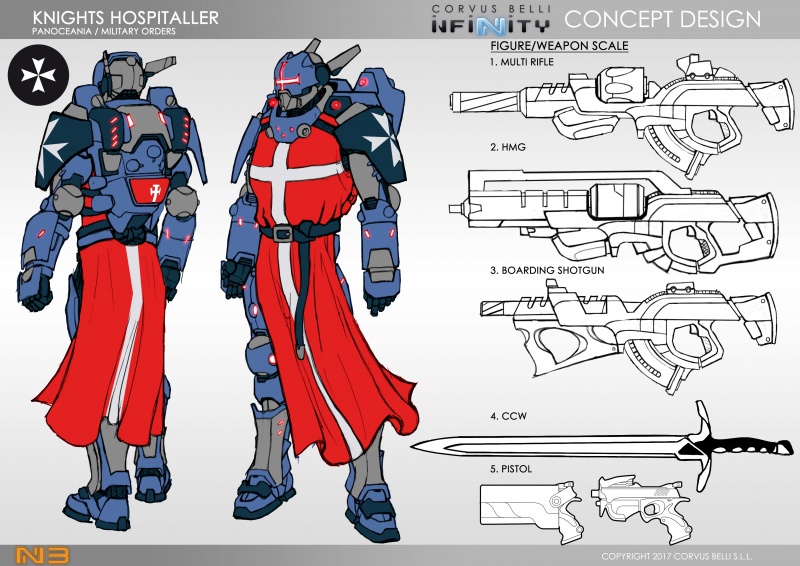 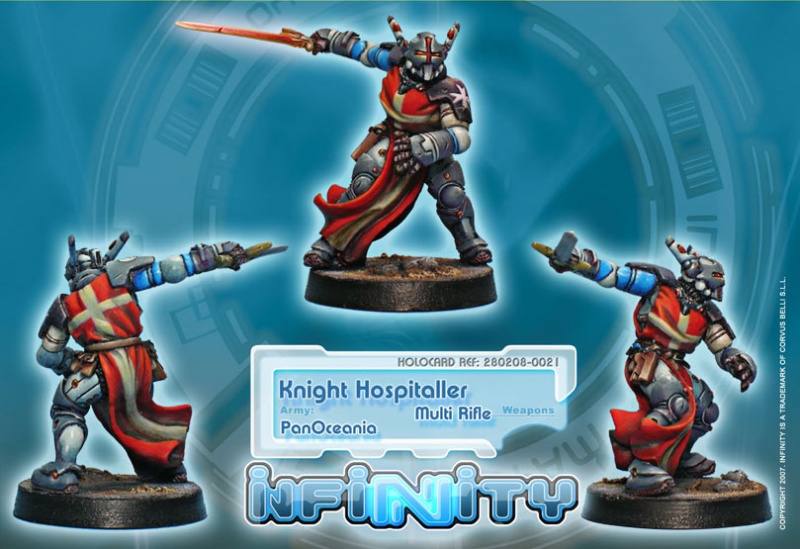 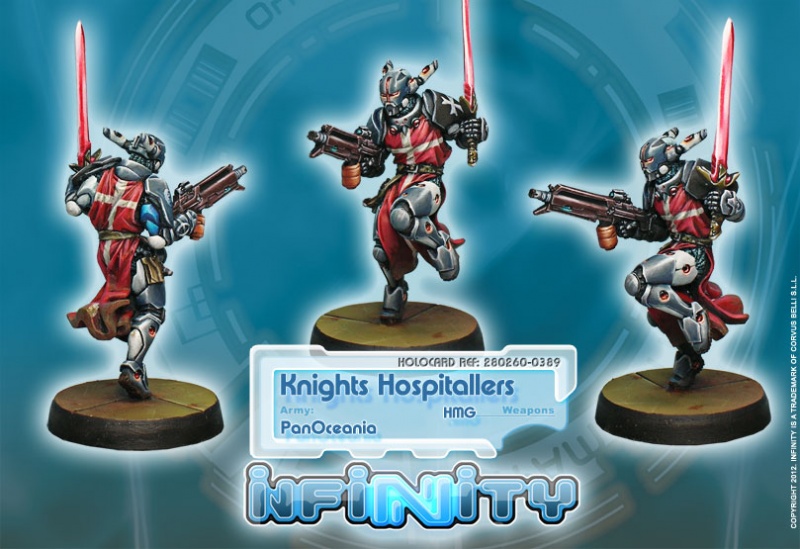