ὁπλίτης, or "hoplites" (pronounced But "hope-lee-tehs / hoplitɛs in Ancient Greek, or hop-lytes alternatively) were citizen-soldiers of Ancient Greek city-states who were primarily armed with spears and shields. Hoplite soldiers used the phalanx formation to be effective in war with fewer soldiers. The formation discouraged the soldiers from acting alone, for this would compromise the formation and minimize its strengths.

Hoplites are a heavy infantry unit created by the SSS at the end of the Second Paradiso Offensive, when it was found that the approach of using light assault units wasn't effective when exposed to heavy enemy fire. Hoplites are a selected team conceived as a support troop for the main force, being thus integrated into lighter units to provide them with greater firepower and endurance. Its members are handpicked one by one, and they stand out for their experience in combat and for being seasoned warriors, in many cases coming from the ranks of the Thorakitai and thus providing the kind of invaluable tactical insight that makes the difference between life and death, victory and defeat.

Although Hoplites stand out among other Phalanx troops due to their size and bulkiness, they invariably surprise both their allies and their opponents with their agility, which they require to keep the pace imposed by the lighter units in which they are integrated. The truth is that the Hoplites' servopowered armor isn't actually characterized by its thickness, but rather it tends to be quite light and feature intelligent systems for absorbing impacts and nullifying special and exotic ammunition. The Hoplites' gear has been designed to keep them fighting in the thick of battle for as long as possible. But all that hardware is nothing more than a booster for their particular ethos, which is what makes them true warriors. War has shown that a stubborn fellow can bleed for a long time before he dies, and even more so the men and women of this unit. Hoplites tend to recruit those hardened veterans who are big, strong, and, above all, as stubborn as mules. Their fate is sealed once they utter their battle cry, for no matter what comes their way, no matter what they are up against, they won't relent until the fight is over and they are victorious. For they all know that there is no greater pleasure than that of triumph. Victory makes you forget your wounds, the pain, and the blood, and it turns the grayest sky blue. It's a feeling that Hoplites are addicted to: for them, victory is such a potent drug that they have made it their tradition, much to the dismay of their enemies. 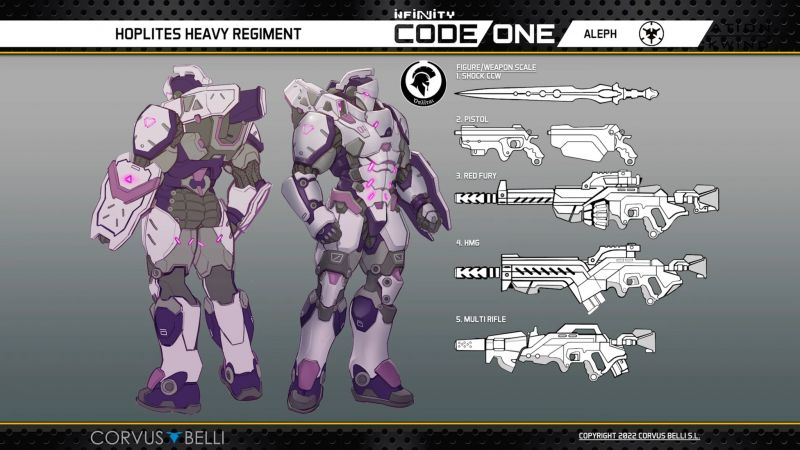 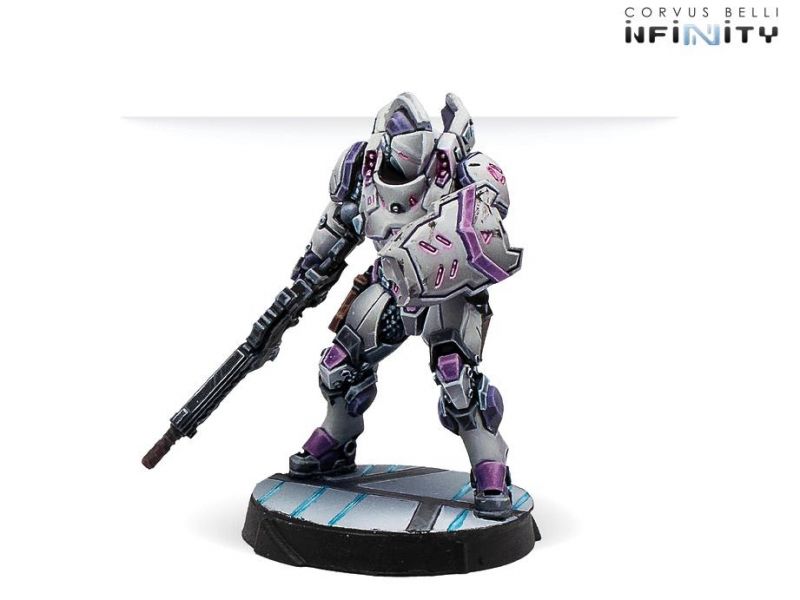