“Honor obliges us”. Motto of the 2nd Irregular Frontiersmen Battalion.

The USAriadnan Southern Border is barely populated; there are miles between a farmstead and the next and roads are next to nonexistent. A land of adventure, unexplored and dangerous, full of smugglers, bandits and Antipode raiders. A desolate place, but also an untainted place for a man to find Nature and maybe, just maybe, forget the past. It is the obvious refuge of the men and women frontier jargon has dubbed ‘Hardcases’: retired veterans who choose to seclude themselves in the wild borderlands. By definition, these are tough people, intractable, uncontrollable individuals whose company is rarely appreciated. The name is an old word that can be traced back to the American Civil War and the Wild West, keeping the same meaning in the Southern Border. Nowadays, these USAriadnan Hardcases usually find employment as guides, explorers, bodyguards and mail carriers, but also as self-appointed law enforcers. Because, even though they left the military—or were discharged—they sworn an oath to the flag when they enlisted, and the military honor code cannot be revoked with a bureaucratic letter. No self-respecting man or woman can leave an injustice unchallenged, and wherever there is no justice to begin with, they enforce theirs. Over time, the Hardcases have become guardian angels to the farmers and colonists of the Southern Border, fighting off Antipode razzias, chasing down outlaws and heeding the call of duty when their former officers require them again.

Following in the true spirit of Old Man Ross, the sparsely populated Southern Border of USAriadna has given rise to so-called “Hardcase” battalions. These hardcases are veterans who have retired from the Rangers, but not from the war. (Which war? Any war. Their war.) They work as guides, explorers, bodyguards, mail carriers, and self-appointed law enforcers. They operate as solo mercenaries or self-organise into community militias (some of which grow large enough and respectable enough to coordinate with the USARF in an irregular capacity).

To the members of the 2nd Irregular Frontiersmen Battalion the idea of being alone behind enemy lines is not a new one. They were formed during the Antipode conflicts to meet the need for dedicated scouts who could range beyond the Ariadna frontier and report the movements of Antipodes back to the military. Their name comes from the reputation these scouts earned for their resilience and survival skills; to survive beyond the frontier against the threat of Antipode tribes desiring only to track them down and kill them proves that they are truly Hardcases.

In modern times Hardcases serve both in and outside the Ariadnan military. Some have lived so long on their own in the wild that the thought of returning to the civilised world is almost unbearable and many prefer to stick to their lone campsites and trails that they call home. Others serve the general public by helping track down those lost in the wilderness or keeping an eye on Antipodes and their tribal boundaries. Many lost campers have had their lives saved when the Antipode stalking them was brought down silently by an arrow through its eye. 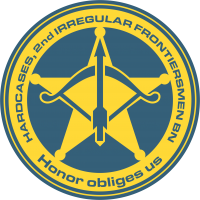 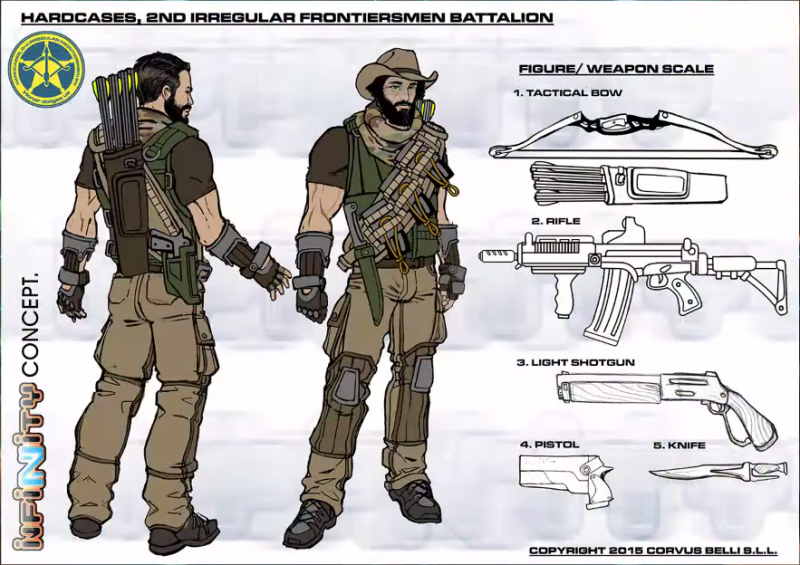